Posted on February 25, 2017 by snitchthebudgie

A letter from the October 2011 British Railway Modelling….

No room for graffiti

One of the many reasons I have for subscribing to BRM is that you not only inspire and inform but give food for thought in an adult, mature, manner.  The article by Paul Warburton, ‘What a load of rubbish’ in the April 2011 issue certainly did that.  Although the article was mainly on the subject of dirt and debris, it included the problem of graffiti on models which is always going to be controversial, and is often misunderstood.  It is not ‘dirt’ in that the graffiti is usually clean paint of the wrong colour in the wrong place; neither is it ‘weathering’ in that it is not caused by the action of rain, snow or wind.

Graffiti in the forms it usually takes is nearly always vandalism, and illegal.  Nearly all is intended to be offensive, and at its basic level an attempt to impose one’s authority on another by defacing of otherwise altering the appearance of other people’s property without their permission.  To portray it in model form as part of ‘modern society’ therefore implies some degree of acceptance of it as part of ‘real life’.  Modern society has many aspects which are offensive such as alcoholism, violence, foul language and child abuse.  Young people who see it at a model railway exhibition may be encouraged to believe that it is acceptable and therefore encouraged to emulate it themselves, and that is not acceptable.  A lot of the performing and visual arts portray offensive subjects.  I, for one, would be very, very, sorry if railway modelling, which has always been a civilised art form, were to portray offensive subjects like graffiti, and become objects of offense themselves.  David Fairgrieve.

Wow!  That’s a bit of a broadside.  I’m not sure I agree with all that’s written, but it’s an interesting point of view that can be considered as part of our hobby.  A couple of points can be made here….

This letter again highlights something I have mentioned a couple of times on this blog.  There are two sorts of modellers.  There are those who model society as realistically as possible, warts and all.  These models will be dirty, heavily weathered, and may include graffiti.  There are others who model what they remember – often through rose tinted spectacles – with English picture postcard villages and every item of stock on the railway beautifully turned out.  And neither of these approaches is ‘wrong’.  It is a choice of the modeller to construct a picture of society, past or present, that shows what he or she wants to show.

And secondly, I am concerned how this letter demonises the present day.  The industrial areas of Britain 100 years ago could be as squalid as anything we see today – possibly more so.  It is debatable how much alcoholism, violence, foul language and child abuse have increased – in some cases it is just more open or society has become more aware of it.  Perhaps there is a need for more realistic pre-grouping and pre-nationalisation layouts, that can educate the viewer in the social ills of those times.  And perhaps there is also a need for modern, escapist, ‘garden of England’ layouts that allow us to enjoy the trains and forget the world outside the exhibition hall.

But you have to admit this would make a good model…. 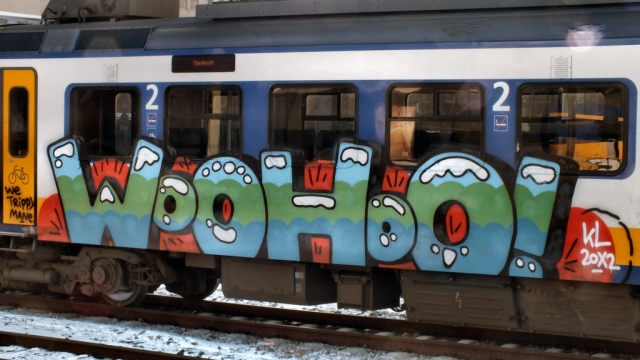 And it’s not new – here’s a college football supporter’s train in the 1920’s.  A bit basic, but the intent’s the same. 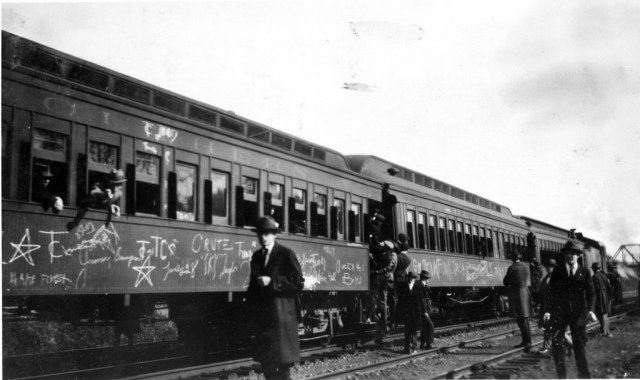 Secretary of the East Surrey N Gauge railway club
View all posts by snitchthebudgie →
This entry was posted in Hints and tips, Inspiration, Prototype, Weird and wonderful and tagged Hints and tips, inspiration, prototype, railway. Bookmark the permalink.

2 Responses to Good, bad or ugly?