Posted on October 3, 2017 by snitchthebudgie

Saturday was the local NMRA group’s annual meet at the Charis Centre in Crawley.  I’ve missed the last two Seaboard Southern shows, as they clashed with other family commitments, so I was pleased to get to this one.  An easy run down the A23 past Gatwick got me there just before opening time – those coming on the M23 had to crawl past the usual accident near Gatwick.

I spend a pleasant couple of hours at this little show, and even managed not to buy anything, except some more storage boxes from Jon the Blue Plastic Box Man.  I spent as much time talking as looking, as apart from having a long chat with Jon (‘Why weren’t you at TINGS?’), I also ran into Simon from ESNG (who was trying very hard not to spend £60 on a half-price book on Santa Fe locomotives), and I then spent time talking to some of the Seaboard members.

There was a good selection of layouts, mainly small switching pikes.

First off was Chica, Il.  I’ve seen this little Rock Island HO layout a number of times, but it is always worth another look, as the detail (and especially the power and telephone lines) is so good.  Occasionally a train crawls through town.  It is a good job this is an HO layout, as it was for sale, and it would have been difficult to resist in ‘N’….. 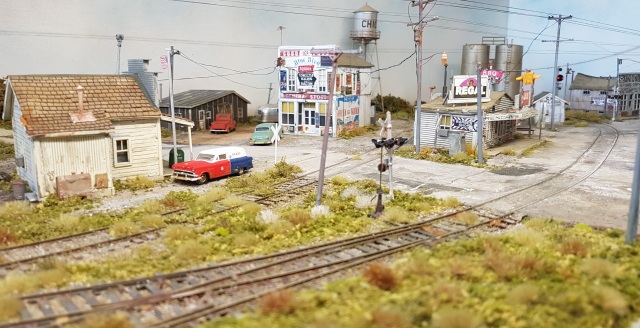 Lemmington Park (HO) features Chicago based urban switching and commuter passenger in the 70’s.  It was good to see that American modellers also fall for the ‘bus on a bridge’ cliché, although this one is a large yellow school bus…. 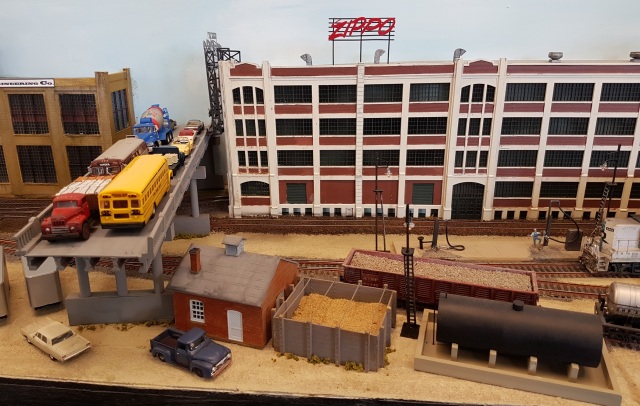 Eastwood, Vermont (HO) is one of Andrew Knights’ many small layouts, this one featuring the 1950s-60s diesel transition period.  Some good bridge modelling, and an interesting urban low relief backscene….. 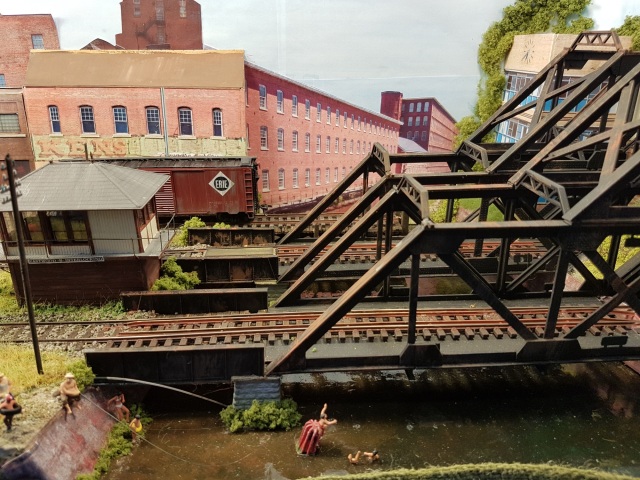 The Surrey & Sussex Black Sheep FremOn30 Group had their partly complete modules on display.  There were a few early gremlins with the electrics – or the Seaboard Southern hospitality had been a little generous!

Secretary of the East Surrey N Gauge railway club
View all posts by snitchthebudgie →
This entry was posted in Exhibitions, Inspiration, Layout design, Out and about and tagged exhibition, model railroad, N gauge, NMRA. Bookmark the permalink.