Posted on October 7, 2017 by snitchthebudgie

Not a bad turn-out on Thursday, and plenty running for much of the evening – then at 9:15pm, everyone put their trains away, and the hall emptied.  So I got my trains out and running…..

Paul was celebrating a new flat in Redhill by running yet another bullet train….

This model of a Japanese Art Gallery train (I think) is nothing less than exquisite….. 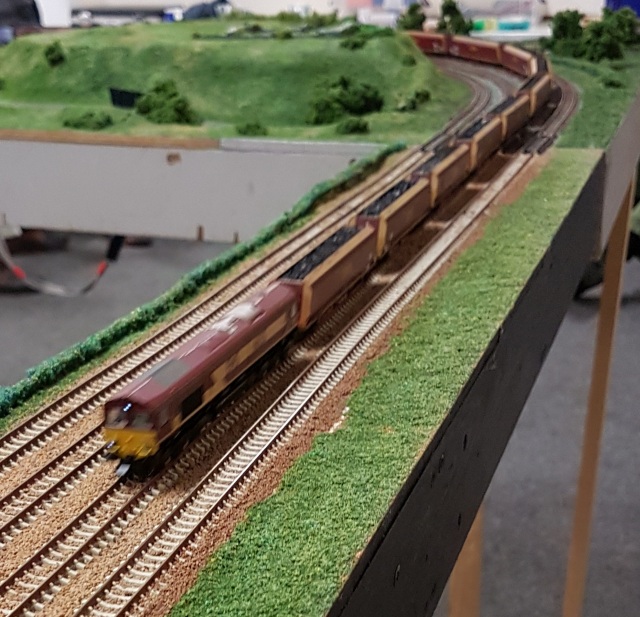 The flashing tail lamp was most effective.  All done with a little battery under the coal. 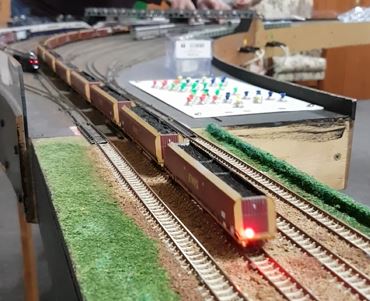 I was running in a Class 24, that ran well from the box.

The bogie brake was a bit OTT for this train, but I do like them!

So to Sunday, and an extra PlayDay to make up for the one we missed for TINGS.  Tomorrow I was going to go to the Farnham exhibition, but I realised that was next week, and it’s Fareham tomorrow.  So perhaps I’ll go to Croydon MRS instead, especially as Paul is exhibiting his Kato racetrack again, in a bigger and better form.