Posted on August 10, 2021 by snitchthebudgie

Sunday, and back to the hall for another running session.  The Rule of 6 seems to have returned.  Just the six members turned out, but we had a very pleasant afternoon running trains.  We were missing a few regulars, especially the Cha(i)rman, who still seems to be working antisocial hours.

Paul, as ever, summed it all up better than I could:

A pleasant and enjoyable afternoon at the East Surrey N Gauge Group meeting. A modest attendance did not diminish the enthusiasm and a small circuit was soon in place. Some of the track joints caused some issues which lead to a discussion about how we could make them less troublesome. I took a variety of stock, 2 x E233 in different liveries, a 285 double deck sleeper set, an M250 cargo set, 2 x Nankai Electric Railway 5000 series in blue and ‘Peach’ liveries, the 500-7000 Series EVA and the 500-7000 Hello Kitty. All worked well, but the M250 set needs a serious wheel cleaning session.

Paul was right about the track.  Why is it that trains run well, and as soon as one turns away, your train derails?  It probably is the track, but I blame gremlins!

We seemed to have trains from all over today.  Paul – Japan. 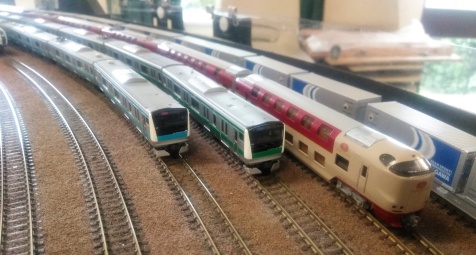 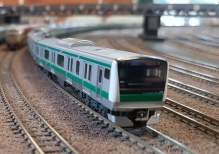 Brian – Europe (Germany to be exact.)

And last but certainly not least – Derek, Derek and Jon – the UK.

Brian produced his usual video record of the afternoon…..

Another satisfying ESNG Running Session on the 8th August 2021. East Surrey N Gauge members met up again indoors, with the windows and doors wide open, and it was another opportunity to film some N gauge train action. Many eras, and several countries, had trains represented on the tracks. Again, an interesting collection of small but perfectly formed models. Enjoy the film!

And to close, I love this model shop sign from Chester.  I think I visited this shop many, many, moons ago…. 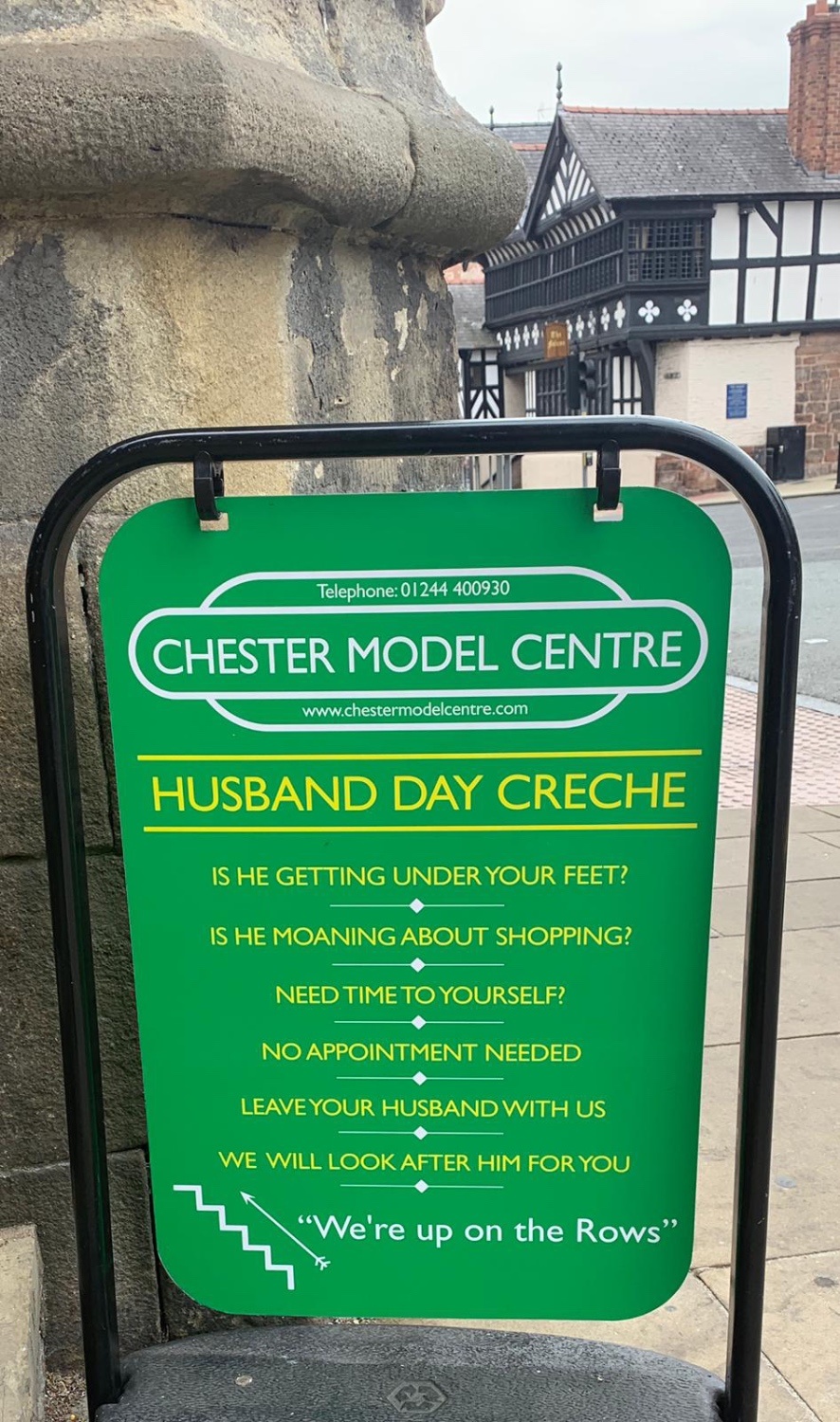