Flying Scotsman is back!

Posted on January 13, 2016 by snitchthebudgie

Some good pictures from the BBC of Flying Scotsman’s first test run after renovation.   Not sure I like the all black livery, and the A3 isn’t my favourite express loco, but it’s wonderful to see such an iconic engine alive again.

Flying Scotsman, one of the best-known railway locomotives, has finished its first public test-run after a £4.2m restoration project.  Testing has taken place along the East Lancashire Railway in Greater Manchester.

Specialist engineers at Riley and Son Ltd started work on the engine in 2006.  The engine, which was retired from service in 1963, has been restored for York’s National Railway Museum (NRM).

A mainline test from Manchester to Carlisle over the Ribblehead viaduct is due to take place on 23 January.  It’s expected to journey from London’s King’s Cross to York in late February. 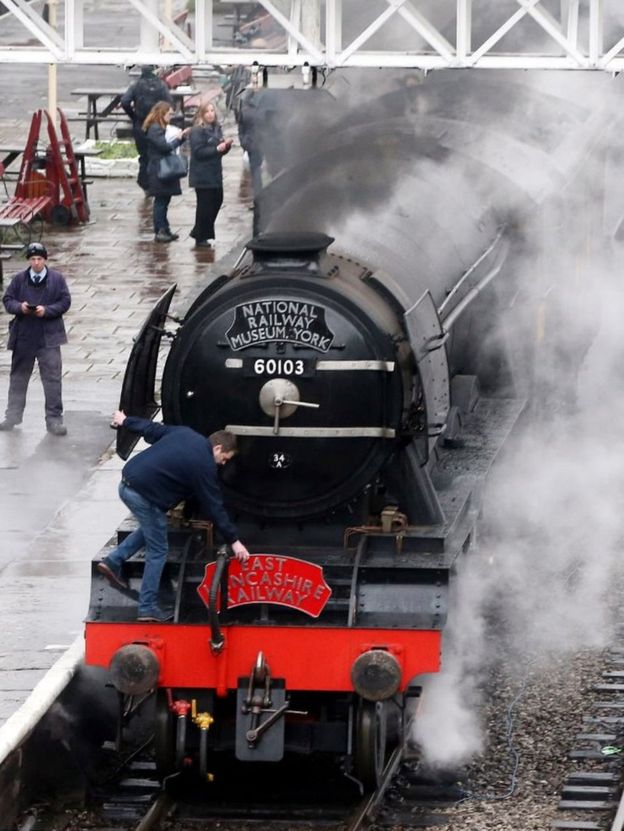 Update – and when and where to see it…..