Posted on September 20, 2022 by snitchthebudgie

An busy club night this afternoon – eleven members and a visitor.  I made the correct call in thinking that there would be plenty of trains to run and test after TINGS, so I didn’t take anything to run.

The main line was soon busy… 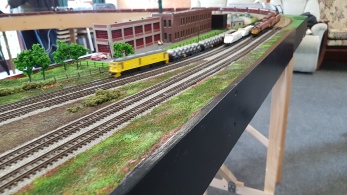 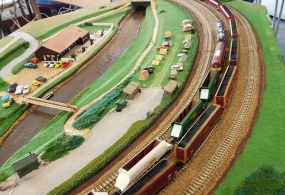 There must be a Sunday closure somewhere – a visitation from Railtrack is under way! 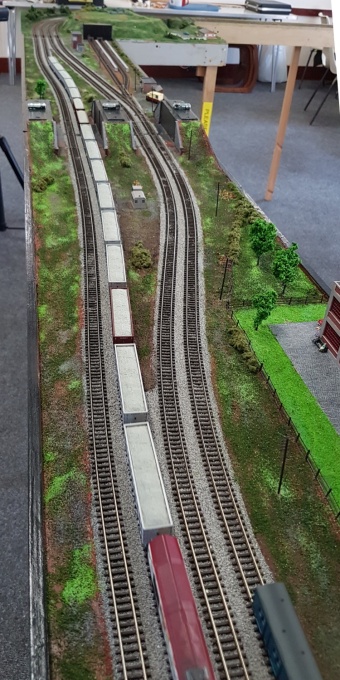 Trains at rest in the fiddleyard.

Farish tank engines, old and new.  The improvement in quality is clear, though the old Poole model is still an attractive loco, and is probably more robust than the new version.

Sean brought along his new, second-hand, layout, a 5′ long German branch terminus.  Good modelling and no doubt it will appear at a future ESNG show. 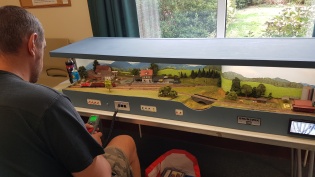 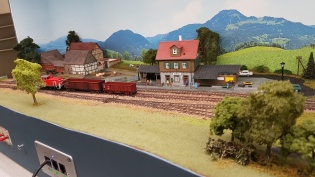 Brian contributed the usual moving pictures of the afternoon….

And the Ruchita was shocked by 13 diners arriving at opening time for the traditional curry.