Posted on September 30, 2015 by snitchthebudgie

Maxine and I have just come back from a very pleasant weekend in the south of France.  Anduze lies in the foothills of the Cevennes, and the Carmague and the Mediterranean is about an hour to the south.  We hadn’t seen our friends for 8 years, and I was hoping to get another ride on the ‘Train a Vapeur des Cevennes’, a very pretty 14km preserved line up the Gardon river valley.

As it worked out, there were no trains on Friday, our free day to travel.  But we walked into town past Anduze station, and I took these photographs.  No train – it is stored in the tunnel.  Perhaps this is a real life fiddle yard prototype?  The tunnel at the end of the station loop is another prototype for everything – the tunnel is about 1km long. 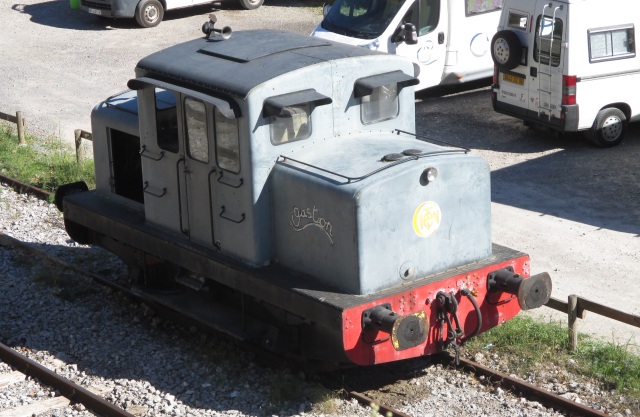 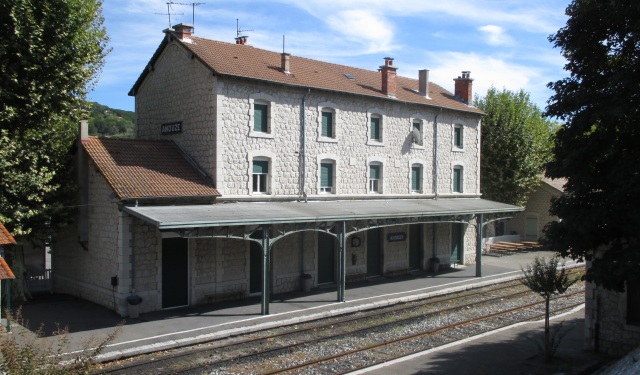 I did have a bit of a civil engineer’s busman’s holiday.  That afternoon our friends took us over to the Pont du Gard, a beautifully preserved Roman aqueduct dating from the first century AD.  It carried water for 50km from a spring at Uzès to the Roman colony of Nemausus (Nîmes).  It’s also the highest Roman aqueduct, and a superb feat of engineering – not least the levelling required to get water to flow 50km downstream with a fairly even slope all the way.

The next day we fast-forwarded 2000 years, and went to see the Millau Viaduct.  This cable-stayed suspension bridge dates from 2004 and spans the valley of the River Tarn near Millau in southern France.  It is the tallest bridge in the world with one mast’s summit at 343 metres (1,125 ft) above the base of the structure.  This is higher than the Eiffel Tower (and a lot of other things).  Another fantastic structure, and both show how well designed functional engineering has a natural beauty.

On the way back to Anduze, we had to pass through a couple of river gorges, and the civil engineer / trainspotter quickly got the binoculars out and turned twitcher.  A flock of 20 Egyptian Vultures (not my picture below) were soaring in formation around the gorge rock faces.  Vultures may be ugly things on the ground, but these ones are quite handsome birds, no larger than a buzzard, and soaring on the thermals are in their natural element.

All in all, an excellent weekend (to say nothing of the good food, wine, and company.)

Secretary of the East Surrey N Gauge railway club
View all posts by snitchthebudgie →
This entry was posted in Inspiration, Out and about, Prototype, Weird and wonderful and tagged France, inspiration, prototype. Bookmark the permalink.