Posted on November 5, 2015 by snitchthebudgie

If you’re a German modeller, how about this for a station name?  I suppose, obviously enough, they named the species after the place it was first found.  The plan comes from the Sporenplan site with lots of mainly continental track layouts.  The plan would make a good N-club module….

I did a quick search for the station on the web and came up with the pictures below.  There is a most attractive station building and the 1980’s shot of the railcar is equally prehistoric.  In recent years, the station has become part of the Dusseldorf commuter system, and, just like the UK, all the siding have disappeared under a car park.  But perhaps that makes a simpler, modern image, N-club module? 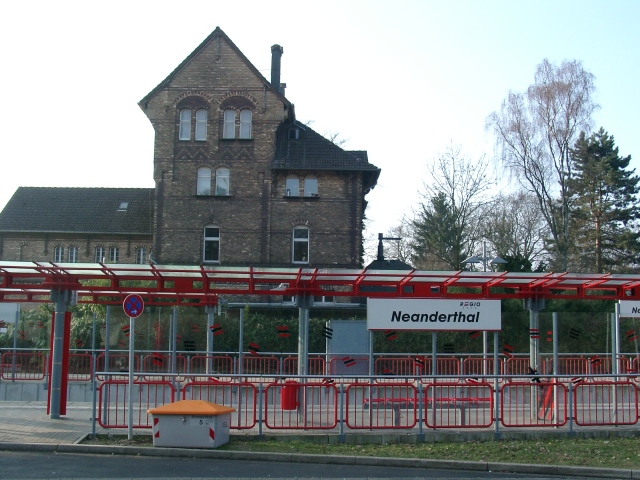 Secretary of the East Surrey N Gauge railway club
View all posts by snitchthebudgie →
This entry was posted in Layout design, N Club International, Out and about, Prototype and tagged Germany, inspiration, layout design, prototype. Bookmark the permalink.