Posted on November 29, 2015 by snitchthebudgie

In between all the N-Club modules, there were a few interesting layouts to be found.  This HO empire is a regular, with plenty of good scenic work.

It was interesting to see plenty of Nm narrow gauge on display, perhaps more than I have seen before.  The wider availability of Z gauge track and chassis, and the availability of more Nm stock (at a price)  has perhaps made this gauge more accessible.  As with all narrow gauge it allows you more of a larger scale (relatively) in a smaller space. 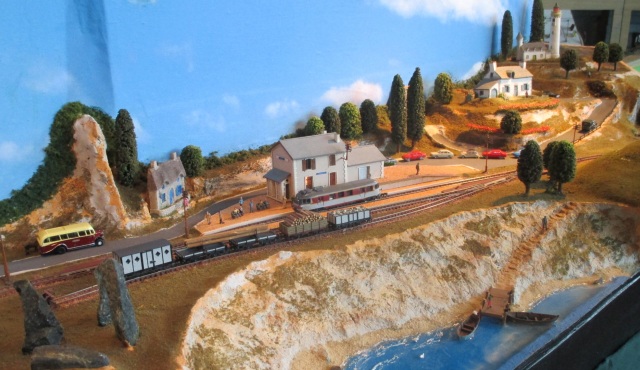 However, not that small a space… It was good to see Duncan’s modules, last seen in the ESNG club room, up and running – if still short of a few trees!

I’m told this lovely terminus is instantly recognisable.  I’m sure it would be, if I’d been there!

The German N-track American modellers were out in force, and connected to the N-club modules.  They were running some prototypically long trains, but fortunately didn’t try and send the really long ones off their layouts.

A couple of British layouts finish our survey of Stuttgart 2015.  Garsdale Head, based on the Settle and Carlisle line ‘up north’  is well known on the UK exhibition circuit and came to the ESNG show in 2014.  It’s about due for retirement to be replaced by a smaller layout that doesn’t need a trailer to transport it. 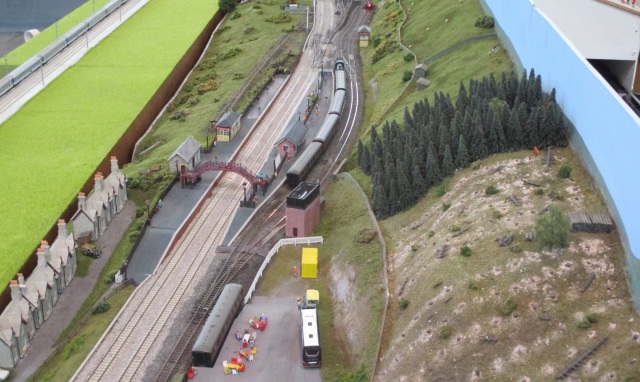 Titheridge Junction is new this year.  I wonder whether the idea of the flying junction came from Stuttgart – there were at least 2 on display as N-club modules.  The layout is based in the west of the UK, on ex-GWR lines, in post-steam days.  The creamery is a typical West Country railway fed industry, from the days when trains of 6-wheeled tank wagons brought milk up to London. 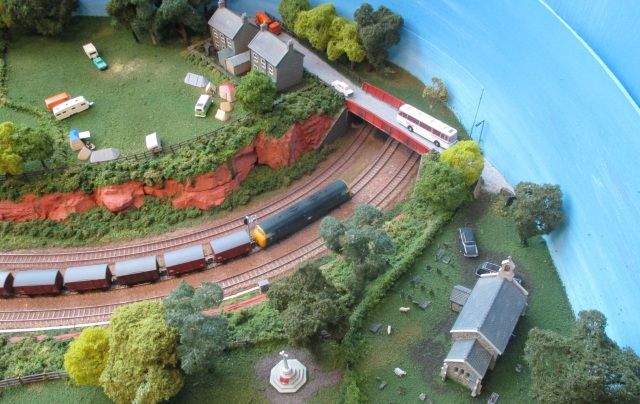 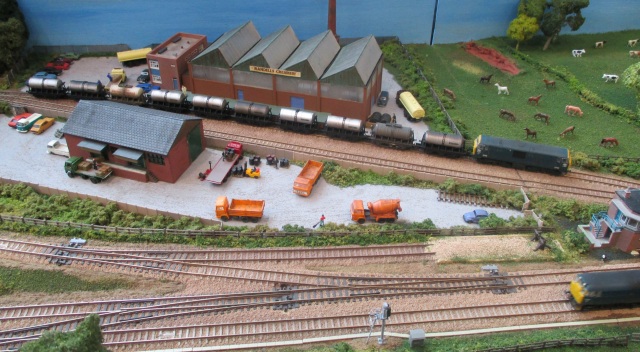 So, now on to Warley this weekend.  No doubt some pictures will appear in due course….