Posted on December 13, 2015 by snitchthebudgie

Not quite ‘Off my trolley’ but in the vicinity.  Some while back I looked at the Pacific Electric station at North Hollywood as a potential modular layout.  Running closely parallel to the Pacific Electric at this location is the Southern Pacific San Fernando Valley branch.  I came across the ‘Rails West’ website via ‘Andrew’s Trains’.  Here there are two articles on the SP branch.  Although there are few references to North Hollywood, and the photos come from a post-PE 1970’s era, they give an excellent overview of the area, and the traffic on the branch, all recorded by the blogger’s friend B. Smith.  These articles can be found here and here.

The author sets the scene:

The San Fernando Valley inside of and adjacent to Los Angeles has a rich history. A number of Indian tribes lived there prior to the arrival of the Spanish in 1769. Missions dotted the landscape. The Valley became part of United States in the late 1840s. The Southern Pacific arrived in the 1870s. Wheat and other commodities produced in the Valley were important sources of traffic. Overtime, the SP spread across the Valley.

The second post describes the traffic in and out in great detail, almost car by car:

The San Fernando Valley Branch in 1973 was an interesting operation with a lot of traffic. There was a wide variety of shippers and a good deal of team track traffic. B. Smith, the author of the below profile he wrote in 1973, talked to owners/managers of each business/industry located along the tracks as well as the Southern Pacific Railroad’s area manager who allowed him access to the railroad’s records. Here is some of what he learned. It gives us all a glimpse into 1970s to probably the late 1980s-early 1990s operations when single car traffic was still common and embraced by larger railroads. The diversity of the team traffic business really caught my eye.

North Hollywood Glass and Mirror Co. moved to the present location 35 years ago so a spur track could be extended into the warehouse to facilitate unloading. Relies more on trucks now but still needs the railroad, especially for shipments from the eastern US. Shipments of jumbo plate glass require rail because it is too big for trucks, but demand for jumbo plate glass has been declining. Receives an average of 5 cars per month

But the conclusion is a sad one:

The Van Nuys area had four fuel dealers served by rail in the past. There was also a feed warehouse, now torn down. Canoga Feed was no longer in business, and George Milling Co. had recently gone out of business, although I had seen a grain car spotted in their spur track in May, 1972. The San Fernando Valley was becoming totally urbanized. No longer were there small farms and orchards nor the keeping of chickens, goats, horses, or cows. Older tracks of small single family homes were being replaced by apartment complexes, thus the need for a lot of lumber and building supplies.

To finish, I’ve reproduced a couple of my favourite photos from the blogs.  The first black-and-white one is very evocative of local goods, whilst the second shows some very modelable industry (is it North Hollywood?).  The final colour shot is good to show the ground colouring and tones.  There are plenty of others in the original blog. 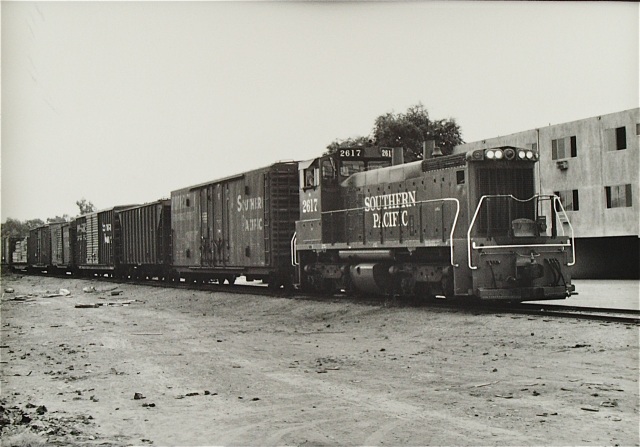 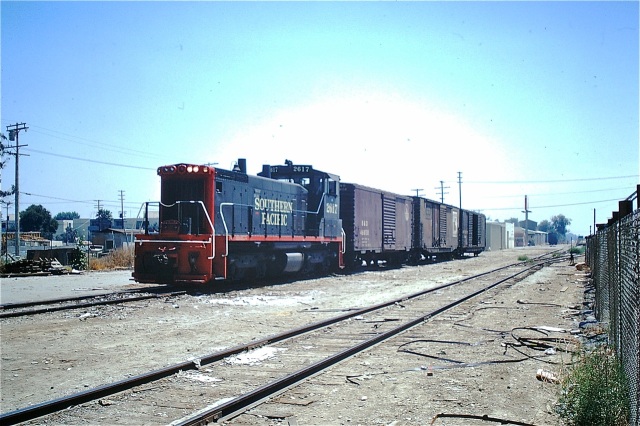