Posted on December 15, 2015 by snitchthebudgie

Last weekend ESNG spent two days exhibiting at the Garden of England Model Fest, at Cooling’s Garden Centre, located at the whimsically named Pratt’s Bottom, near Sevenoaks.  A new show, aiming to make some money for charity, it was held in the same greenhouses where Cooling’s run craft fairs.  Not a bad venue, although it did get a bit cold and dank overnight, and there was a drip through the roof, that fortunately didn’t hit anything vital.  It was also bit ‘cool’ on the first day, but they must have put the thermostat up a bit on the Sunday!  The glass roof did mean that the lighting was good, but I wouldn’t want to do a show here on a sunny summer’s day – though there were roof blinds. 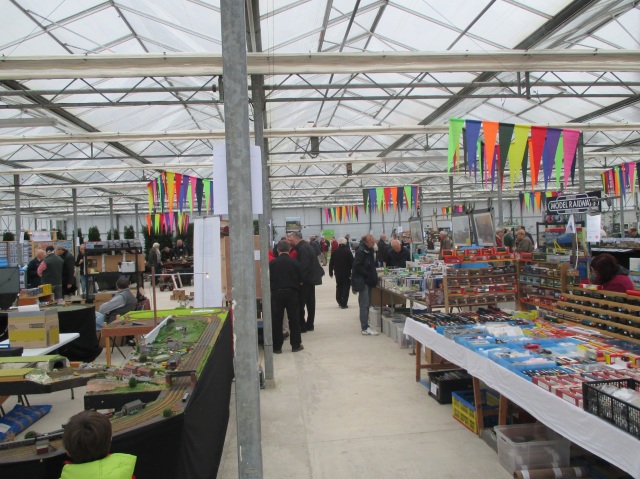 We took an end-to-end N-mod circuit, that ran well on the whole.  The curves at one end were a bit tight for some trains, and the end-to-end set up meant that it required concentration to keep more than two trains one the move.  Eric went ‘Southern’ with a selection of locomotives that might have been seen in British Railways days in the South-East.  One pleasure of the show was the higher percentage of families visiting the show.  No hyper-critical grouchy old modellers, but plenty of young faces fascinated by the trains.  Except for the one who spat on the track….  At least his mum brought him back to apologise and had a baby wipe handy to apply TLC to the track! 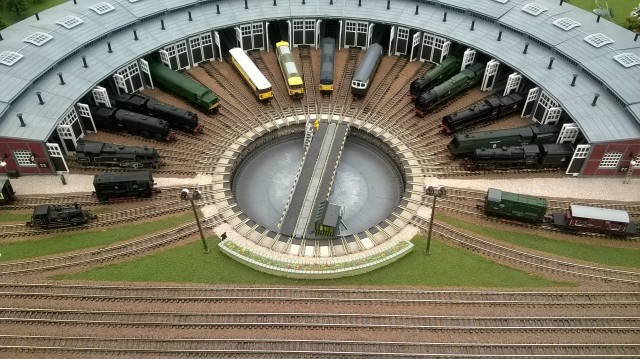 There were a number of other railways scattered through the hall.  Fiddlers End shows what you can do on a narrow shelf in ‘N’.

The local Orpington club brought their test track along, and provided us with a procession of ‘O’ and ‘OO’ trains to watch.

The last week of London trams past through Charlton Village.

The Great Western in Wales.  And an interesting idea for a ‘set piece’ for a layout – repainting a coach in the paint shop.  They appear to be applying grey overcoat over the chocolate and cream…. 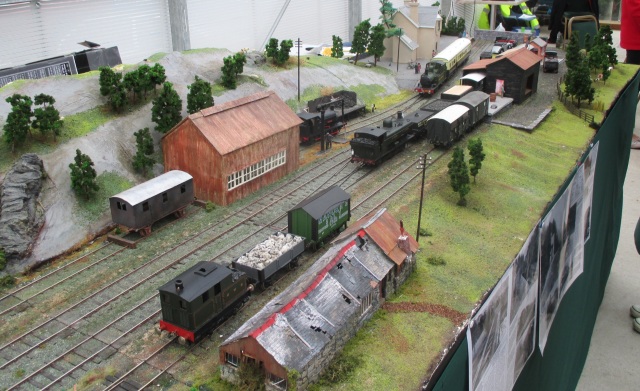 Elsewhere there were plenty of other hobbies on show, including Meccano (I sold my childhood box to an enthusiast) and ships.  Also there were radio controlled trucks, doll’s houses, and a range of trade of various types.  Derek and I spent too much, as we took pity on the traders who didn’t seem to be doing too well.

Overall, I think the show just about broke even, perhaps not helped by a lack of publicity.  But ESNG had a fun couple of days playing trains, talking to visitors, impressing children, and maybe getting a few show invites for next year.