Off my trolley – North Hollywood yet again

Noticed recently that the restoration of the old Pacific Electric / Southern Pacific depot at North Hollywood has been completed and reopened as a commuter café on the Metro Orange Line.  This article gives the details, including:

The official grand opening of the Groundwork Coffee Co. cafe drew dozens of hipsters and transit officials to the Victorian-era station at South Chandler and Lankershim boulevards, at the terminus of the Metro Orange Line busway.

The hipsters must have mingled well with the transit officials…..

I culled a range of photographs of the restoration from the internet and have included them below – the ones of the café interior are useful as they show the roof structure. 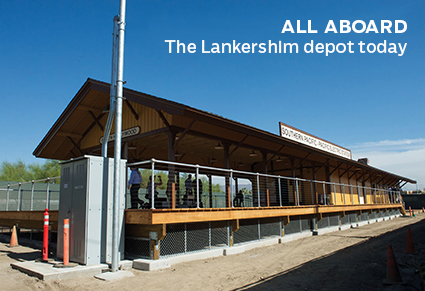 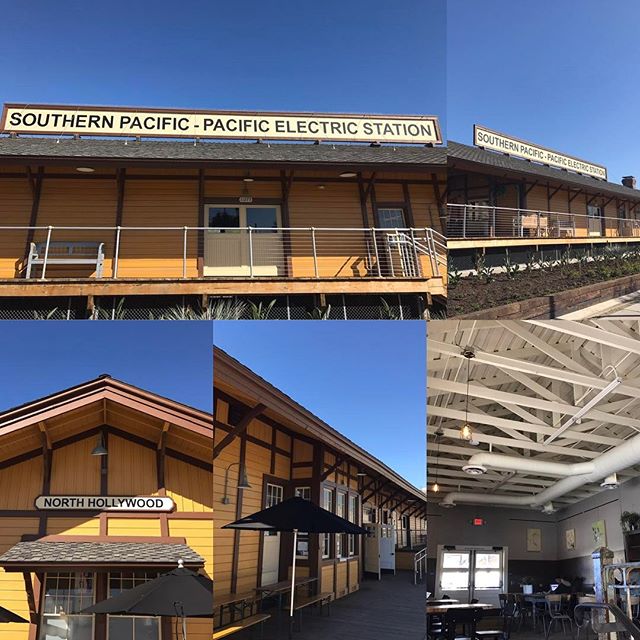 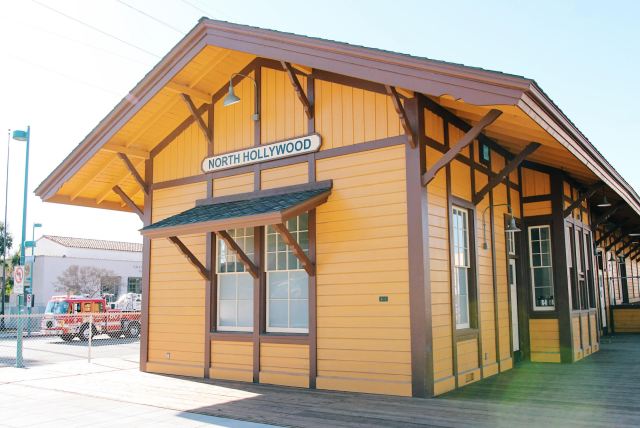 1 Response to Off my trolley – North Hollywood yet again