Flying Scotsman on the Bluebell

Thanks Peter, for this shot of the Flying Scotsman on the Bluebell Railway.  Not everyday that 60103 has to collect a tablet for single-line working.  I wonder how many times, if ever, that happened in pre-preservation days?

And that’s a good lead in to a reminder that ESNG will be exhibiting on 24-25 June 2017 at the Bluebell Railway model railway weekend.

And at the end of an Indonesian trip, I can’t resist linking this article.

The Indonesian army has demolished a tiger statue in front of a base in West Java after it became a laughing stock online.  The grinning tiger in a small village in Garut was supposed to be a mascot for the Siliwangi Military Command.

But internet users found it hilarious because it was so different from the fierce tiger on official logos.  “I don’t know why, but every time I see its face, I laugh… buahaha,” said one Facebook user.  The tiger had been in place for several years, but only recently found internet fame. 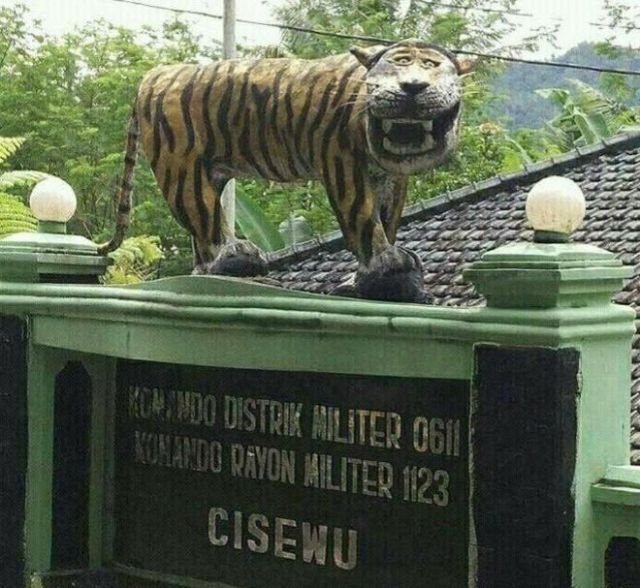 I have visited Garut, but I am sure that I didn’t see the tiger.  It does look rather odd – and would make a good model!?!

1 Response to Flying Scotsman on the Bluebell