Happy New Year! – And on my workbench #3

Posted on January 1, 2018 by snitchthebudgie

A Happy New Year to all our readers!  It’s unlikely to be a prosperous one, but wishing you many hours of happy modelling.

I was able to spend a number of hours in the railway room over Christmas, slaving over a hot soldering iron. I also had a sad job to do – I stripped all the reusable bits off my Earl’s Wood layout, and took the carcass to the tip. The man on the gate must have been an expert – “Dead model railway, sir – that goes in the electrics skip, as there are lots of wires”. Well, not that many, as I’d already recycled a lot.

It was a shame to dispose of this layout, that is about 10 years old, and has been exhibited a few times, but I wasn’t running it, it was unreliable, and it was time for something new.  Here are a few shots of it in its final form (it was both continuous run and end-to-end in its 10 year history, with 4 attempts at fiddle yards, none really satisfactory.  The photos were taken at the 2015 Dorking MRC exhibition, where I spend two days shunting a 4′ layout…. 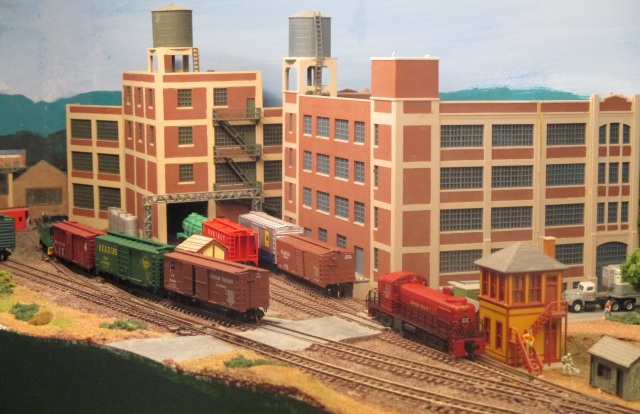 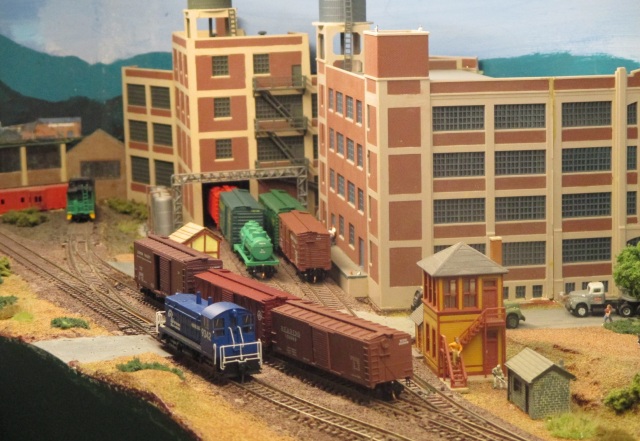 The next, happier, job was to start the new wiring and additional point motors for my American N-club modules.  I’ve just about finished the first, smaller, module, that is now ready for ballast and scenery.

1 Response to Happy New Year! – And on my workbench #3