Some layouts capture their location perfectly.  I’ve just taken the single shot of ‘Sidmouth’ in P4, as I’ve captured it in detail elsewhere, but this is one of the best layouts around, modelling the Southern West Country station to scale.

You can also capture location with an ‘imaginary’ layout.  Fenchurch St Peter in ‘OO’ couldn’t be anywhere but the East Anglian wilds, on the edge of the Fens.  Big skies, ploughed fields, agricultural goods and a burnt out brake van.  Where else?  It’s ‘Normal for Norfolk’!  (For those with a literary bent, Fenchurch St Peter appeared in Dorothy Sayer’s Lord Peter Wimsey detective novel, ‘The Nine Tailors’.) 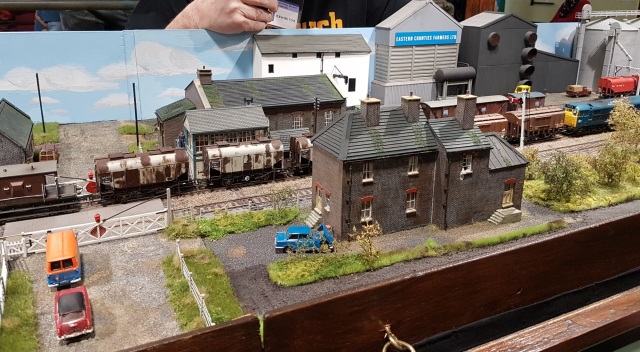 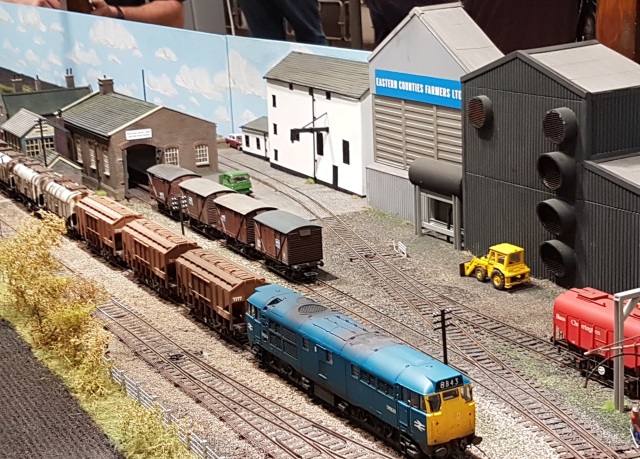 Spirit of Swindon models Swindon Junction Station on 23 June 1959.  An extensive ‘N’ gauge layout is a close, but slightly compressed, model of the real track plan, and includes automatic operation of the trains and fiddle yard.

Two diesel depot layouts are good examples of this popular type of layout.  One in ‘O’ and one in ‘OO’, the track plans are essentially similar, but there is less of the ‘O’ gauge plan as they are of similar size.  Lochaber is in ‘O’ and set near Fort William in Scotland.

Franwood TMD in ‘OO’ is set in the West Midlands. 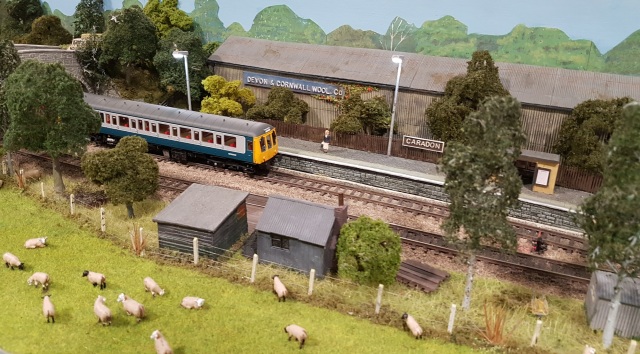 ‘The Sidings’, in ‘OO’, is another angle on the minimum space layout.  A scenic area of just 4′ allows just two sidings, inspired by York parcels sidings, and a procession of diesels stabled till their next turn.  The overall effect is very simple and very satisfying.

And finally, ‘Standen Watchett’, LNER/BR in ‘Z’ gauge.  It all ran smoothly, and the younger enthusiasts were fascinated by the tiny trains passing by.  My only criticism was the speed of running – every train a bullet!