Here we go again.  Back at Arlesford and running around.  Phil has signed his life away on a piece of paper to say that the Mid Hants Railway Ltd is not responsible for anything that happens to him whilst he’s on the footplate.  I’d be more concerned for the engine…. 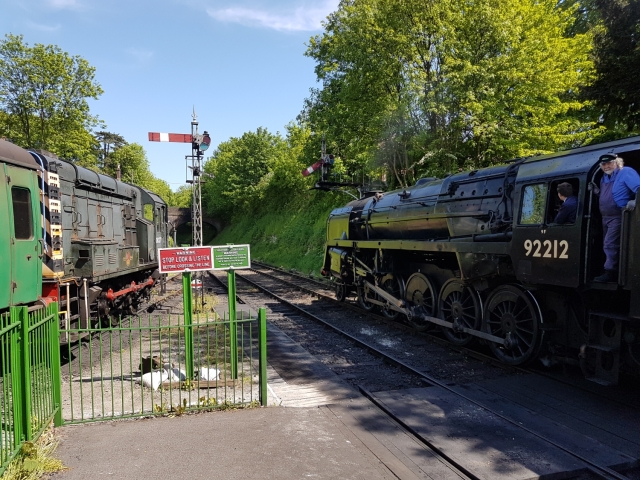 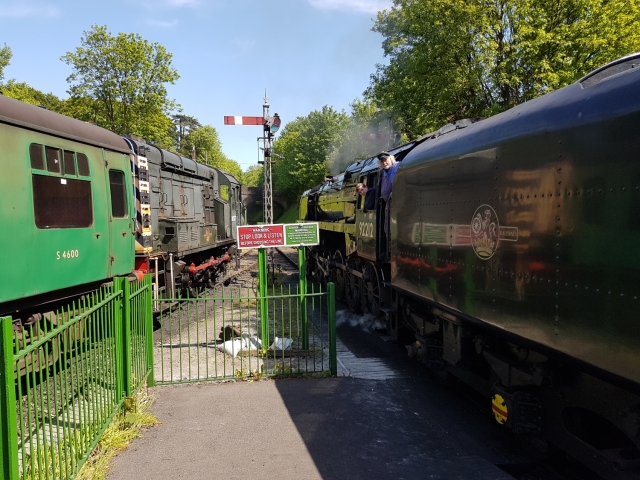 And he’s on the footplate, with a classy wave that wouldn’t look out of place at a Royal Wedding (note the topical reference.) 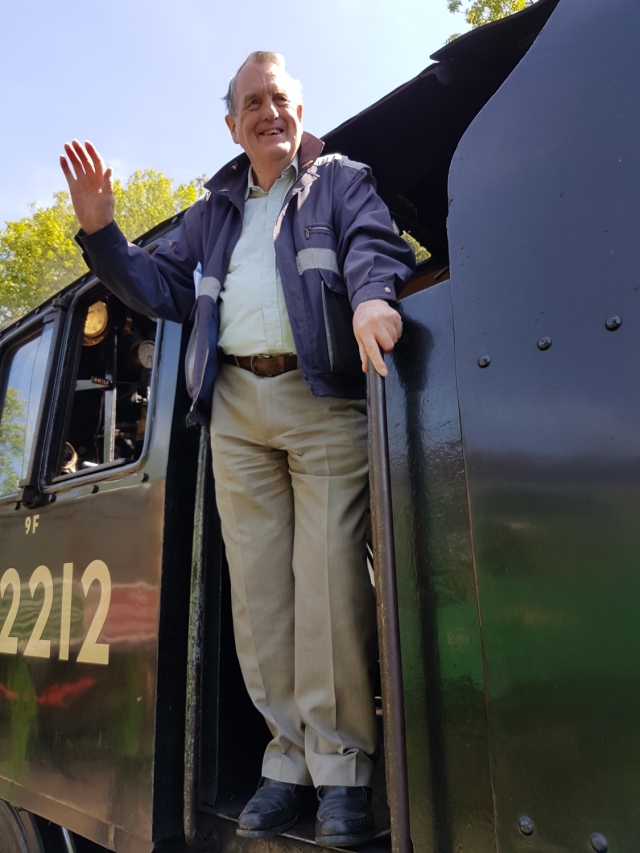 I settled down in the Maunsell coach to watch the world go by again.  This time around I took a few pictures as we went through Ropley, site of the locomotive sheds and works.  And some impressive topiary. 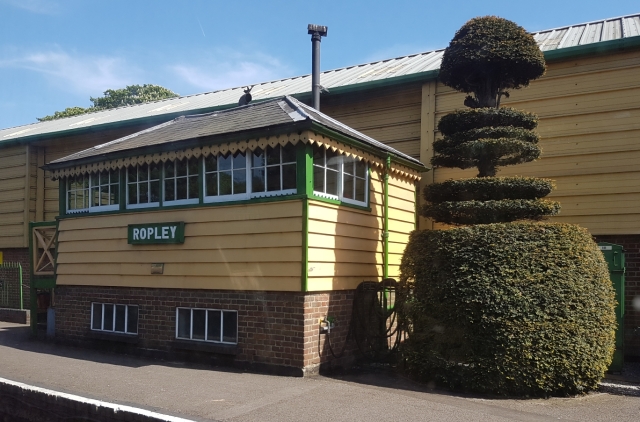 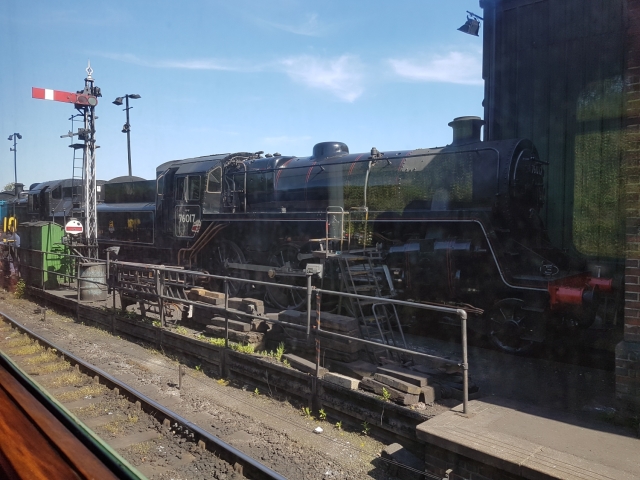 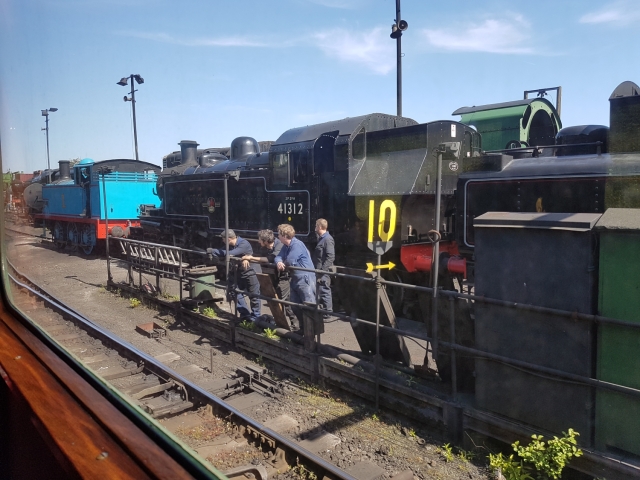 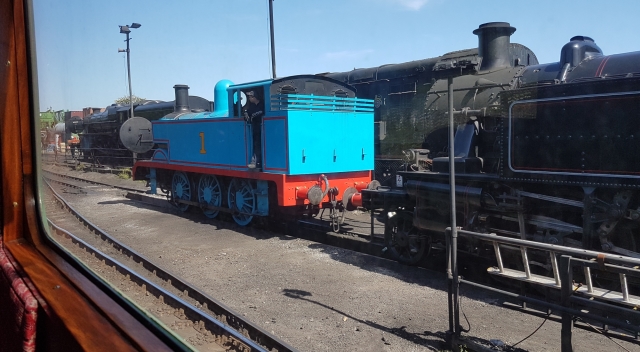 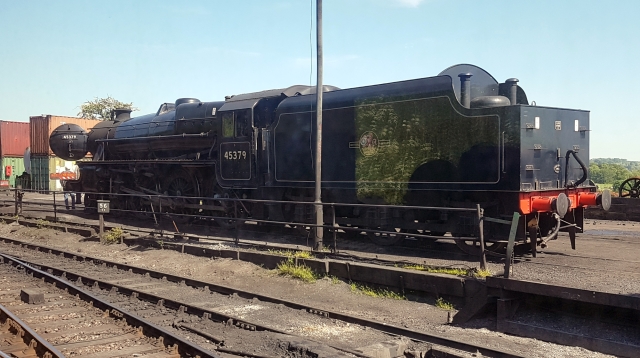 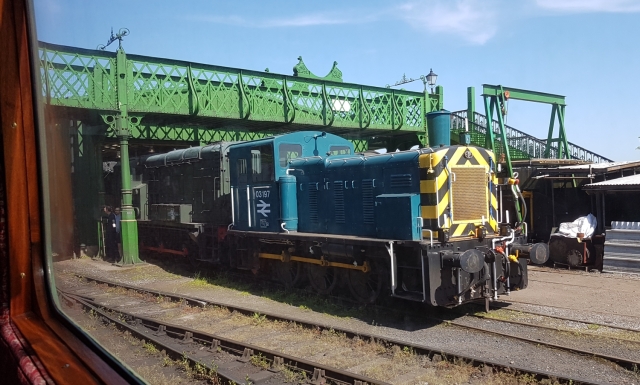 Back at Alton, Phil ran around with the locomotive, and the Royal Wave was still in evidence…. 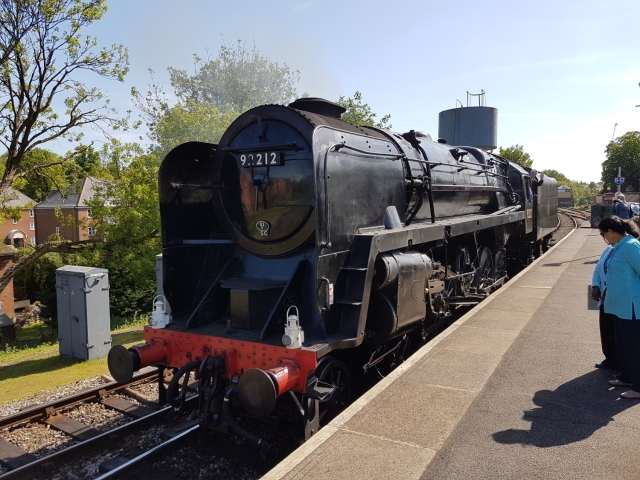 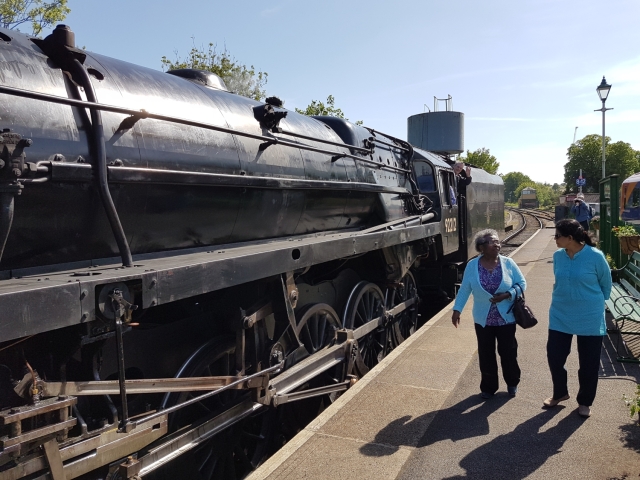 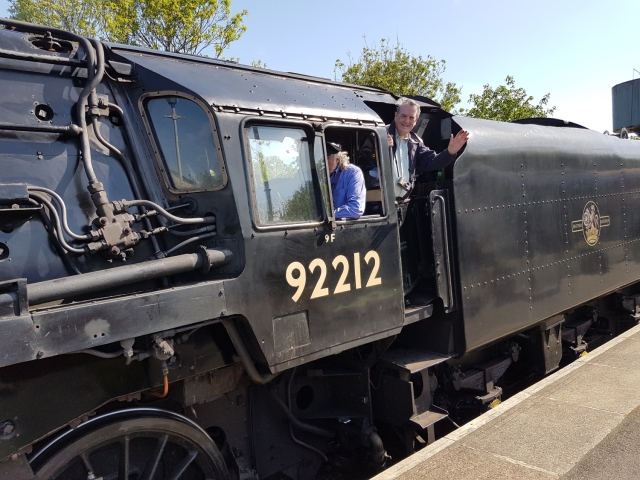 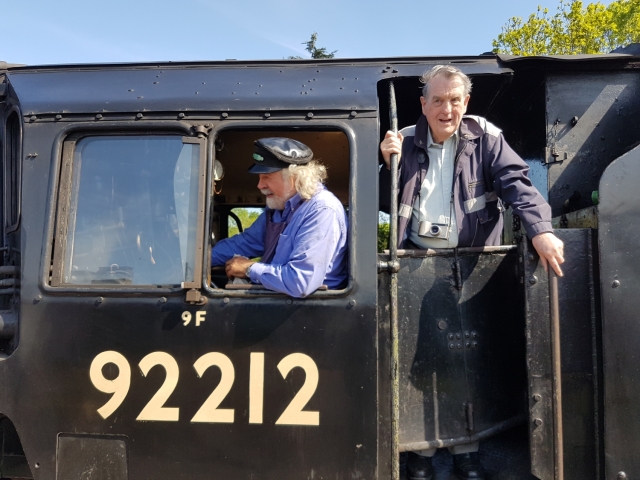 I’m please to report that the 9F was still fully operational after Phil’s trip on the footplate.  He was allowed to operate the whistle, so the years of practice in running trains at ESNG came into their own.  He also reported that the trip, even at 25 MPH, was rather bouncy and very hot.  And the fireman was shovelling coal for most of the time, the 9F being a hungry beast.

Before returning from Alton to Arlesford for the last time, a quick pit stop in the gents revealed this sign.  I was interested to see that it said Waterloo 1921, when the Southern Railway came into being, I thought, in 1923.  But I was amazed that the Southern had its own gender issues nearly a century ago…. 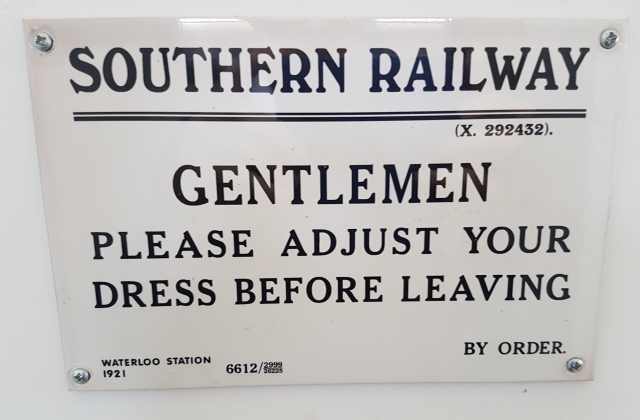 It was an excellent day out.  Lovely weather, excellent trains, and Phil had a day to remember.  Even a crawl around the M25 on the way home couldn’t spoil that.

Secretary of the East Surrey N Gauge railway club
View all posts by snitchthebudgie →
This entry was posted in ESNG, Inspiration, Out and about, Prototype and tagged ESNG, prototype, railway, Southern Railway. Bookmark the permalink.