Posted on September 5, 2018 by snitchthebudgie

Next to us was the ‘OO’ modern image Oak Road.  Based on Castle Cary station, the scenery captured the local Shepton Mallet hills very well.  Lots of HST’s running by (but not photographed), and some fine modern diesels.  We commented that Allan’s ‘N’ DB 66 looked very small compared to this ‘OO’ one! 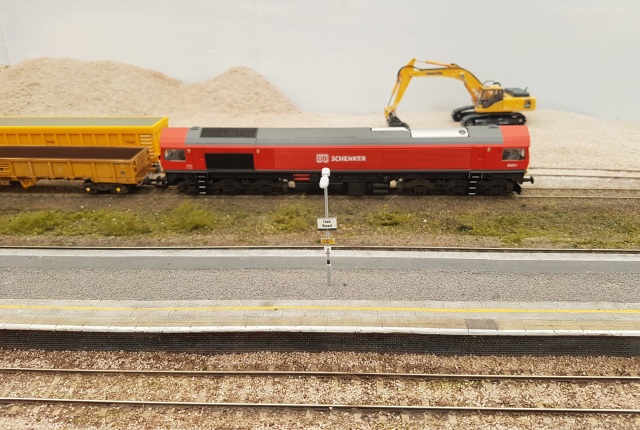 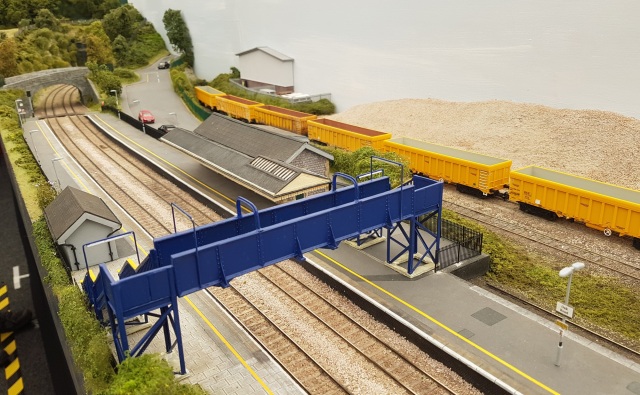 Gas Works in ‘O’ was an impressive shunting layout.  Notable was the fact that the layout made up for its (relatively) short length with plenty of height.  It was mostly operated with grimy LMS locomotives, but this pristine Terrier made regular appearances.  It’s such a lovely livery, the owner couldn’t face weathering it!

Glb Bitterfeld was a small HO layout, really built to display operating modern PW stock.  All the tampers, cranes and other odd pieces of rolling stock had moving parts.

Wentworth Yard had large numbers of LNER locomotives passing through the shed.

Burnham was a fairly standard branch terminus, but set in East Anglia rather than the inevitable GWR territory, and with this lovely coaster model on display.

Ian Milroy was there with his Spanish layout (with a very long name.)

There were other layouts, but these were the ones that caught my eye.  So finally, I was very taken by Mill Falls, ‘HO’ American with some lovely craftsman buildings on display.  Plus lots of detail, such as the manhole covers and litter in one of these photos. 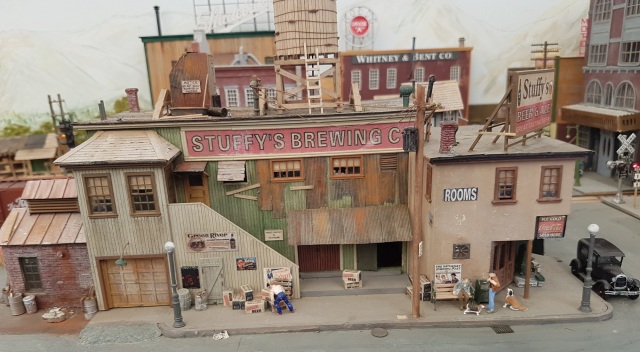 Secretary of the East Surrey N Gauge railway club
View all posts by snitchthebudgie →
This entry was posted in ESNG, Exhibitions, Out and about and tagged ESNG, exhibition, modular layouts. Bookmark the permalink.