Posted on October 6, 2019 by snitchthebudgie

I was going to visit the Folkstone or Fareham shows today, but a heavy cold meant a slow start to the day.  So I watched the rugby World Cup, then slipped over to Oddfellows’ Hall, Dorking (what an appropriate location for a model railway exhibition) for the main Dorking MRC show of the year. 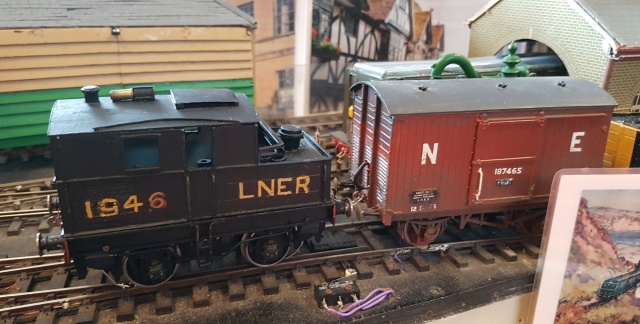 Strathmore LIP – a very creditable model from 15 year old enthusiast (with a little help from dad.)

Oakworth: the Railway Children (OO).  The model of the film of the book.  And an accurate picture of Oakworth station during the filming.  I failed to spot Jenny Agutter, though. 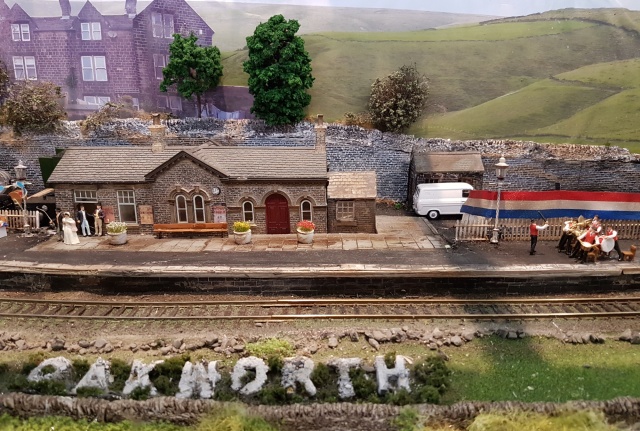 Holly Bank Grove (OO finescale).  A fictitious running shed situated near York, with a great selection of steam and diesel. 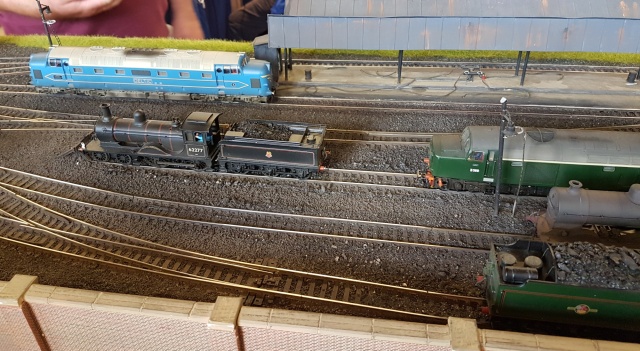 Ian Redman’s layout in a gun case.  It’s amazing what will go round a 6″ radius curve.

The Vine Line (OO) was on its first outing in extended form.

Another running shed, Eastbridge (OO), this time in southern England on the Brighton mainline. The layout is similar to Redhill. I love the Brighton Atlantic on the turntable. This was going to be my first scratch built locomotive. Predictably it was a failure.

Always good to see the Milroy’s and Ferrocarril San Maria Gandia (HO and HO9).  One of this lovely layout’s last outings as it is being retired later in the year.

Dorking West (N).  Not much moving as I went past due to a slight DCC hiccup.  The adjacent layout was also running on wi-fi control, and the locomotives had the same numbered addresses – so the operator on one layout moved the locomotive on the other.  They had sorted it all out by the time I left!

Birch Coombe (OO).  Cromptons by the sea side. 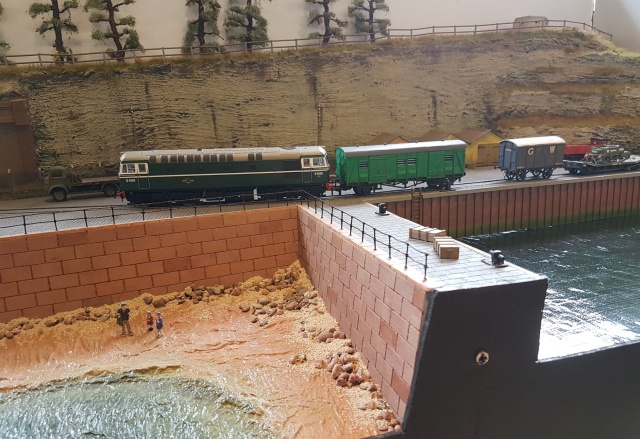 As usual, a small but interesting show, and well worth a look and a chance to have a chat with a number of old friends.

Secretary of the East Surrey N Gauge railway club
View all posts by snitchthebudgie →
This entry was posted in Exhibitions, Inspiration, Out and about and tagged exhibition, model railway, N gauge. Bookmark the permalink.