Posted on November 8, 2019 by snitchthebudgie

The second half of my Wycrail visit…..

It’s an unusual UK show with two Norwegian layouts on show.  Svanda (HO) is a pleasant change from the GWR branchline, though the track layout is similar to any European branch or secondary line.

Sankei Valley (Z) is only 2.4m in length, but this tiny scale allows a lot to be crammed in.  It’s set off well by a quality backscene including (cliché) Mount Fuji. A fun layout!

Quite a contrast with Trinity Dock Street Bridge (OO) that seems to have scenery that is entirely black, grey or brown – even the water.  But this is probably pretty accurate for Hull with a nasty fog blowing off the Humber!  Lots of cameos and detail and endless shunting make this an interesting layout. 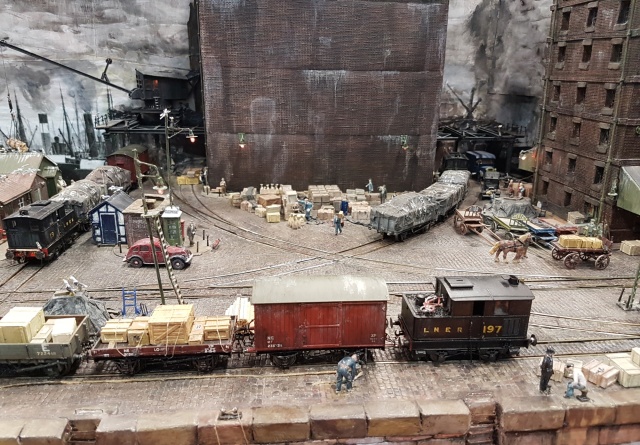 Vale View (O) is a minimum space layout, but I liked the way the backscene blends into the layout proper….

Back to Norway and Norge (HO).  The fishing village is well done – and can you spot the working bicycle?  Another cliché in the making, but talking to the operator, the next one is a working rocking chair for a house veranda. 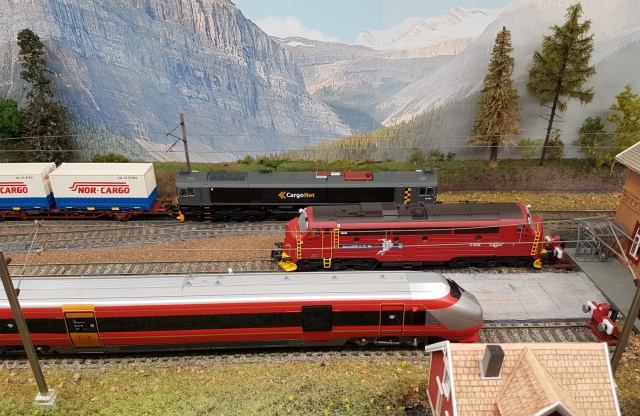 I seem to have missed all the trains on Whitmoor (N)….

You could guess Llangenydd (OO) is in Wales – the bus almost on the bridge has been held up by the sheep!

Burton Bradstock (EM) models BR western region in the 1950’s.  Nice to see a layout set near to the ancestral home of the Bartlett’s…..

Lovely fall trees on Kamiack Falls (HO), modelling the Burlington Northern in Washington State.  All very atmospheric with some slow switching going on. 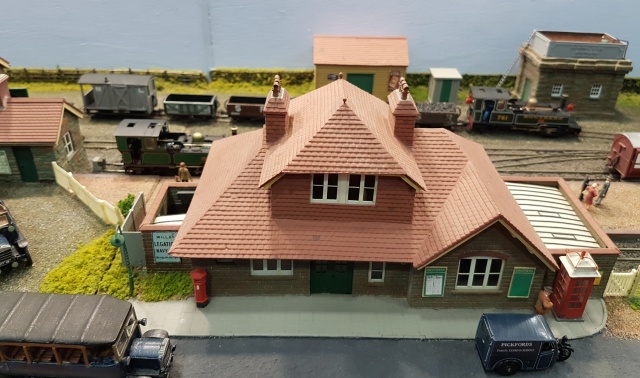 Thornfield (OO) is a branch terminus somewhere in North Somerset.

I really liked Treloar Sidings (O).  The visible section is only 8′ long, but is an attractive goods only branch built for the china clay traffic.

Finally, Feltham Road MPD (OO) is based on the Southern shed at that location.  I liked the roofless engine shed that had seen better days, and the backscene that evoked south-west London.

Overall, a high quality and interesting show.  The school makes a good, airy venue, and the exhibits were well spaced out making access easy.  I was pleased to run into a few friends on either side of the displays, and it was a very pleasant morning out.  Far better than watching the rugby, anyway….