Posted on January 14, 2020 by snitchthebudgie

The rest of the layouts at Stevenage follow.  As I said last time, there were a few I didn’t bother to photograph, as I’d seen them before.  These included the massive Burntisland, and the delightful Johnstown Road.

But a second ‘main line’ N gauge layout on display was Brinklow.  16′ of length allows a real feel of trains in the landscape. 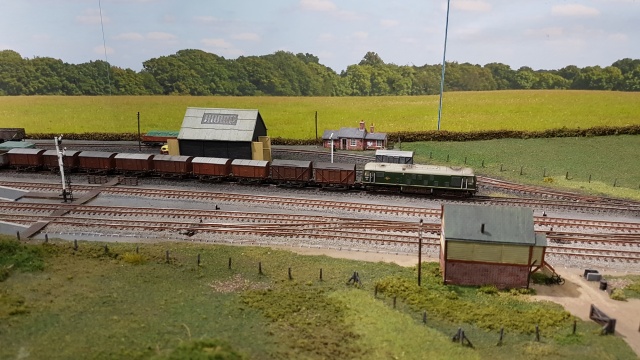 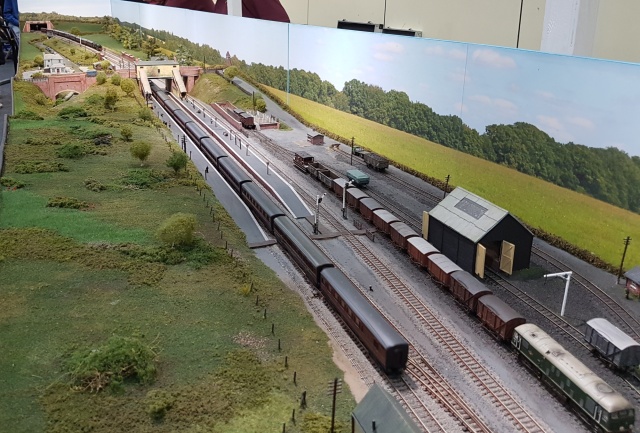 Dublingham (OO) is one of those layouts that restores ones faith in model railways.  Built for the RMweb ‘cameo’ layout competition, it is unashamedly retro, with 3-rail track and Hornby-Dublo wagons and diesel shunter.  But it looks and works like a real railway (more than many on display), so Rule 1 – hey, it’s my railway!

Little Colne (OO) is set in Essex, a pleasant change from the GWR BLT….

Eight Dollar Canyon (HO) is a circular (well octagonal, strictly) American based layout.  Really just a chance to run long trains, and the multiple tracks reminded me of ESNG N-mod.  The fiddleyard is enclosed within the visible outer circuit. 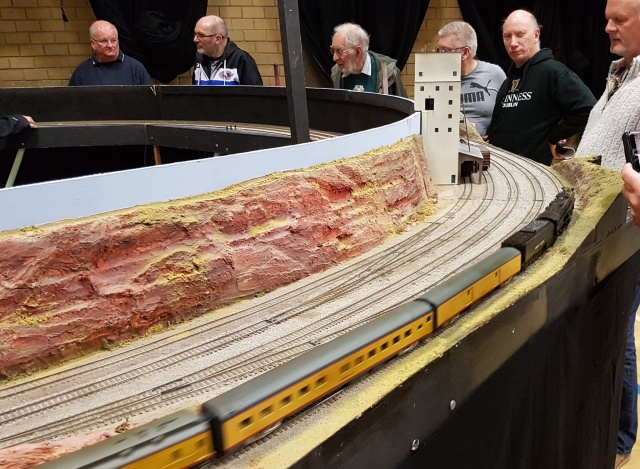 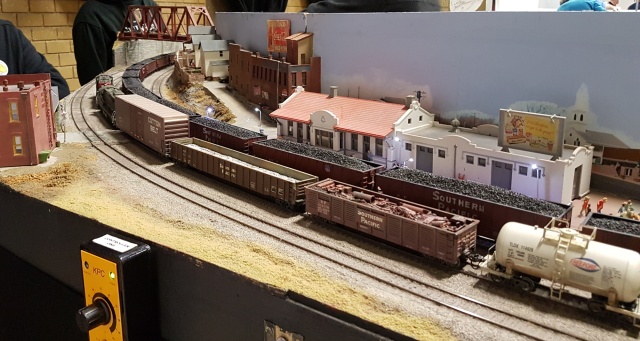 I had, of course, seen Freshwater (2mm finescale) before, but it’s always worth a look and a photograph, especially as more details appears on every viewing. 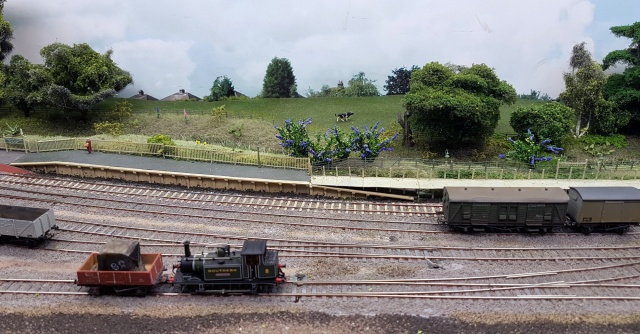 The opposite extreme in size – Orange River and Portland Railroad (Fn3).  Unlike many models in this (and similar) large scales, the layout has avoided looking ‘toylike’.

I saw Aerodrome Park (OO) at the Uckfield show, but as it was for sale (I resisted the temptation to ask ‘how much’) I took a couple more shots of this neat little layout.  The third picture is of the fiddle yard.  I like the ‘kickback’ design, using the space within the curve.  This might have potential for small layouts with short trains.  Fortunately, I didn’t record the operators comments about the 3-link couplings…. 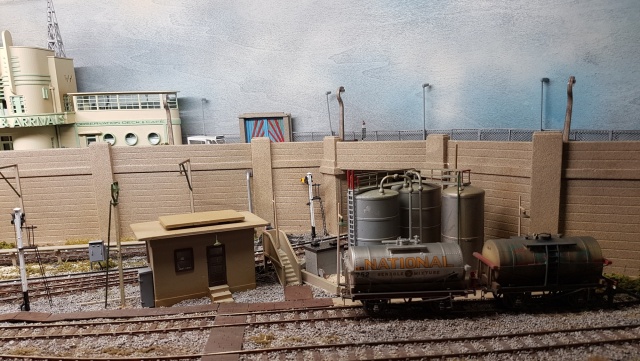 I’ve seen a lot of Harlyn Pier (O), but there are always some very attractive locomotives and rolling stock on display.

Unusually (for the UK, anyway), Bastogne Rue de Clervaux (HO) is a Belgian layout.  Nice modelling as well as an award for the longest layout name….

I realise that I missed a number of other layouts, that didn’t catch the eye, but these two posts give a good idea of the quality of layouts on show.  I think I shall be back next year, especially having discovered how easy the travel is by train from Earlswood.