This lovely picture is in the Bournemouth/Poole area.  Taken in the 1950’s or early 60’s by that ancient Hillman Minx at the crossing.  For the modeller, this is just what you need as a prototype for everything – two level crossings spaced at about a 60 degree angle on a tight curve.  Just what you need for your layout? 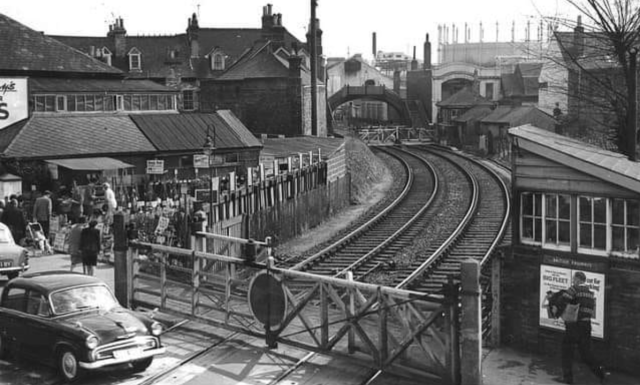 A shot of Lancing station, probably in the 1950’s with the Maunsell or Bulleid multiple unit coming into the platform (and by the length of the dresses on the platform opposite.) 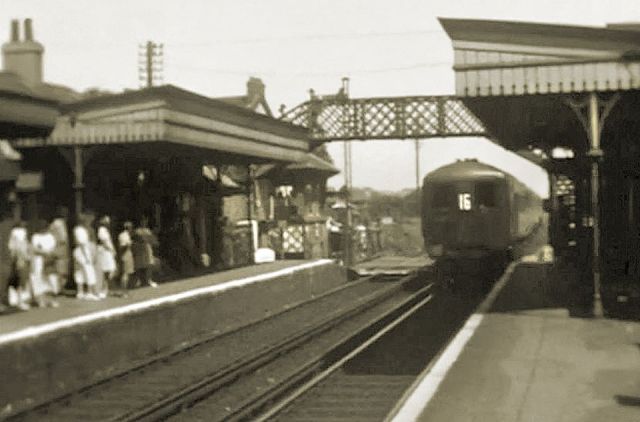 In Japan, all elevated railways look like the Kato slab track viaduct.  Right?  Wrong?  I came across this photo that could just as well have been Brixton as Tokyo.  Or indeed Berlin – railway arches are similar throughout Europe.  But some of these early Tokyo lines were designed and built by British engineers, hence the design, I guess. 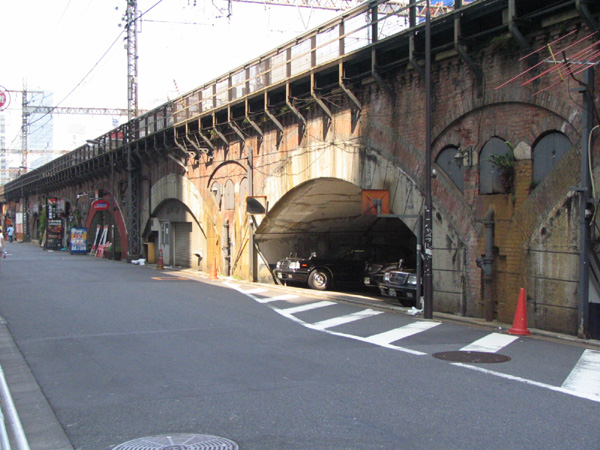 I then came across a fascinating document surveying all the old Tokyo and environs elevated lines.  Here are just a few pictures.  Again, a lot of them would be at home in Europe, and for modellers of Japanese railways, some European models could be adapted for the Far East.