Posted on September 8, 2020 by snitchthebudgie

Some more projects underway by ESNG (to cover up the lack of progress on my part.)

Simon is getting the hang of 3D printing…..

One I did earlier. Chair car interior.

But this project looks far more useful.  I rather like the idea of a line of these heading up the road on a layout….. 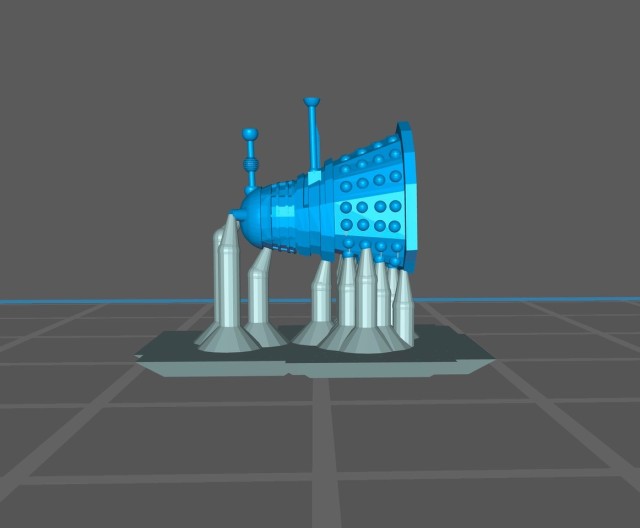 It’s going to be quite hard to print all the protuberances!

Problem is that most of the designs are in parts – usually top and bottom with separate sticking out bits. I find it hard to scale to N. Apparently, according to designs had from Google, Daleks are about 5’ 4” = 10.16mm in N Scale, but I can’t easily get a full height measurement of a completed design, as they are not scaled any way I can work out, given I can’t get into the main .stl files, but only what goes in to the slicer software. 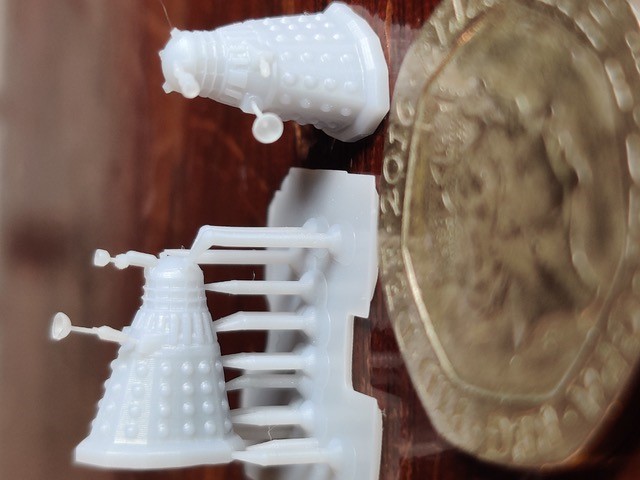 Meanwhile, Phil sent me another photo of his layout.

A good Zoom meeting, last night.  I found it to be tricky getting a good shot of my layout, using my mobile ‘phone, as I could not easily see what you all were seeing on your screens. Maybe I’ll try the other way round, next time, and use the Notebook computer to show the layout, with commentary from the ‘phone, and see how that goes.

Here is a still of my current home layout. I make no excuses: it is as much track as I could fit on the ready-made 3 ft x 4 ft bare Sundeala baseboard bench. No scenery, apart from the purchased trackside buildings, etc. since I frequently dismantle and redesign it, so nothing is pinned down, either!

Basically, four concentric tracks, all interconnected, allowing four trains to be run, anywhere on the layout, under DCC ( of course! ).

Rule 1.  It’s my model railway.  The strength of our hobby is that there is room for everyone, whatever your interest, and however you want to play trains (even with Daleks.) 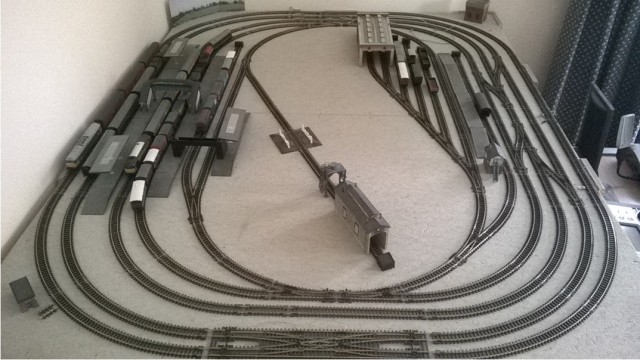 Brian missed out on Zoom, but sent us a video of the old Chatham Dockyard.  Some modelling potential here?