A sort of LBSCR tinge to today’s potpourri…..

We start just down the road at Horley station.  I’m not sure whether the equivalent sign is still there? 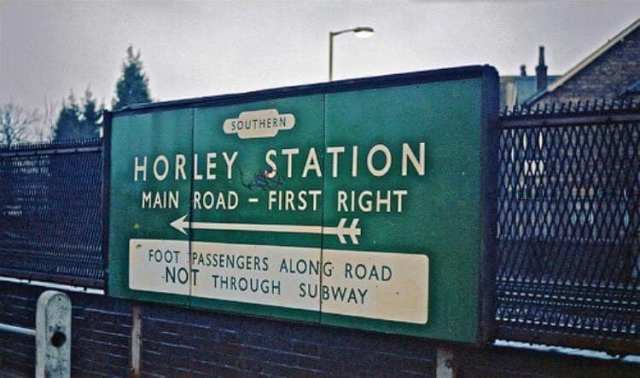 And you might have seen a 2BIL unit passing through…..

Next two favourite large tank engines.  The J1 and J2 class 4-6-2T locos were both unique.  The J1 loco had the simpler Stephenson valve gear.  The J2 had a few minor changes to the design, but used the more complex Walschaerts valve gear.

The J2 loco is shown below – note how the cab has been cut down to the same profile as used by Maunsell on his locos.  This was due to the Brighton loading gauge being slightly higher than the other Southern constituents.  These locos were successful and long-lived for such a small class – they were scrapped around 1951, and there are pictures of them with ‘British Railways’ on the tanks.

Next, the LBSCR overhead electrics.  Entering Peckham Rye station, and below, the petrol driven maintenance vehicle checking the overhead, with the Peckham car sheds just behind.  The Brighton overhead was scrapped and the cheaper LSWR third rail used in preference.  In hindsight, maybe not the best move.  One can still see the foundations for the overhead at locations around south London.  And the Brighton EMUs were converted to third rail, keeping the distinctive low roofs where the pantograph was installed.  Just like modern units, when set up for third rail, not overhead.  A final haunt of these venerable units was the single track link past Waddon and Beddington. 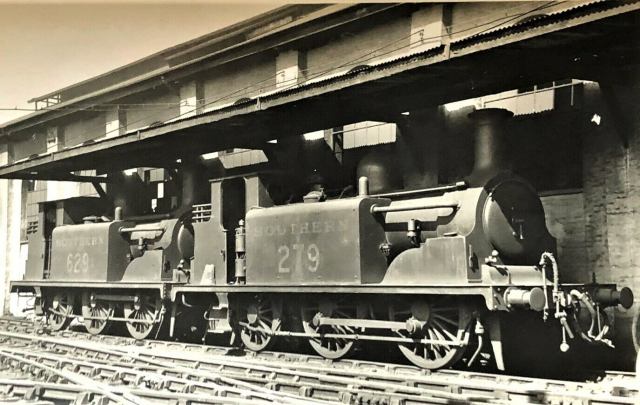 And finally, remember that Thomas resembles the E2 0-6-0T…..