The first two come from this month’s edition of British Railway Modelling.  Both are in 4mm scale, and both are just 5′ long (say 3′ in N.)  Some of you have probably seen Graham Muspratt’s ‘Canute Road Quay’ on the exhibition circuit.  Loosely based on the dock lines on the Southern Railway, it is ‘typical’ enough to accept sets of rolling stock from all over the Southern, and could also represent other parts of the country.

This photo is from Graham’s blog, and shows the character of the layout.

The Mill, in EM, is of the same size, but has an industrial theme with a mill warehouse behind and coal drops in front. 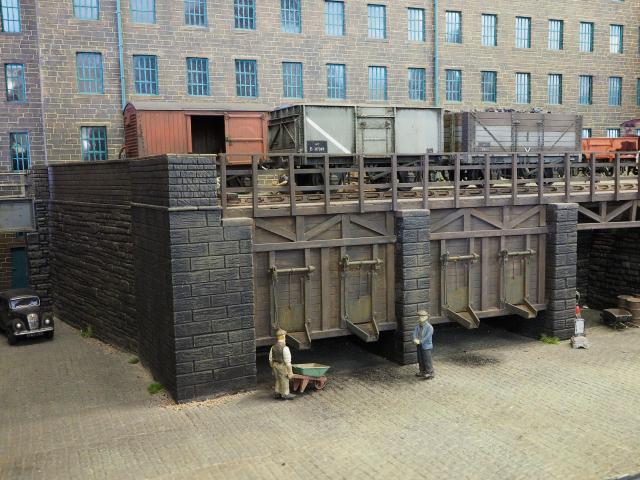 And thirdly, a tiny O gauge layout.  Again, shunting is the order of the day….

And today’s modelling challenge.  The photo comes from a friend resident in the south of France.  Obviously they have had problems with their train service!