Posted on August 16, 2022 by snitchthebudgie

We’ll start with Brian’s video of the afternoon, as it includes the set up.  We don’t really move that fast….

But where were the Hill’s Angels????  (Probably a good thing they were missing – it would have put too much stress on our heart meds!)

After all that running around, I need a sit down!

Allan was setting up a long coal train…

That remained in one piece most of the time.

Mr Apps reckons he ran more trains than he had in the previous five years…. 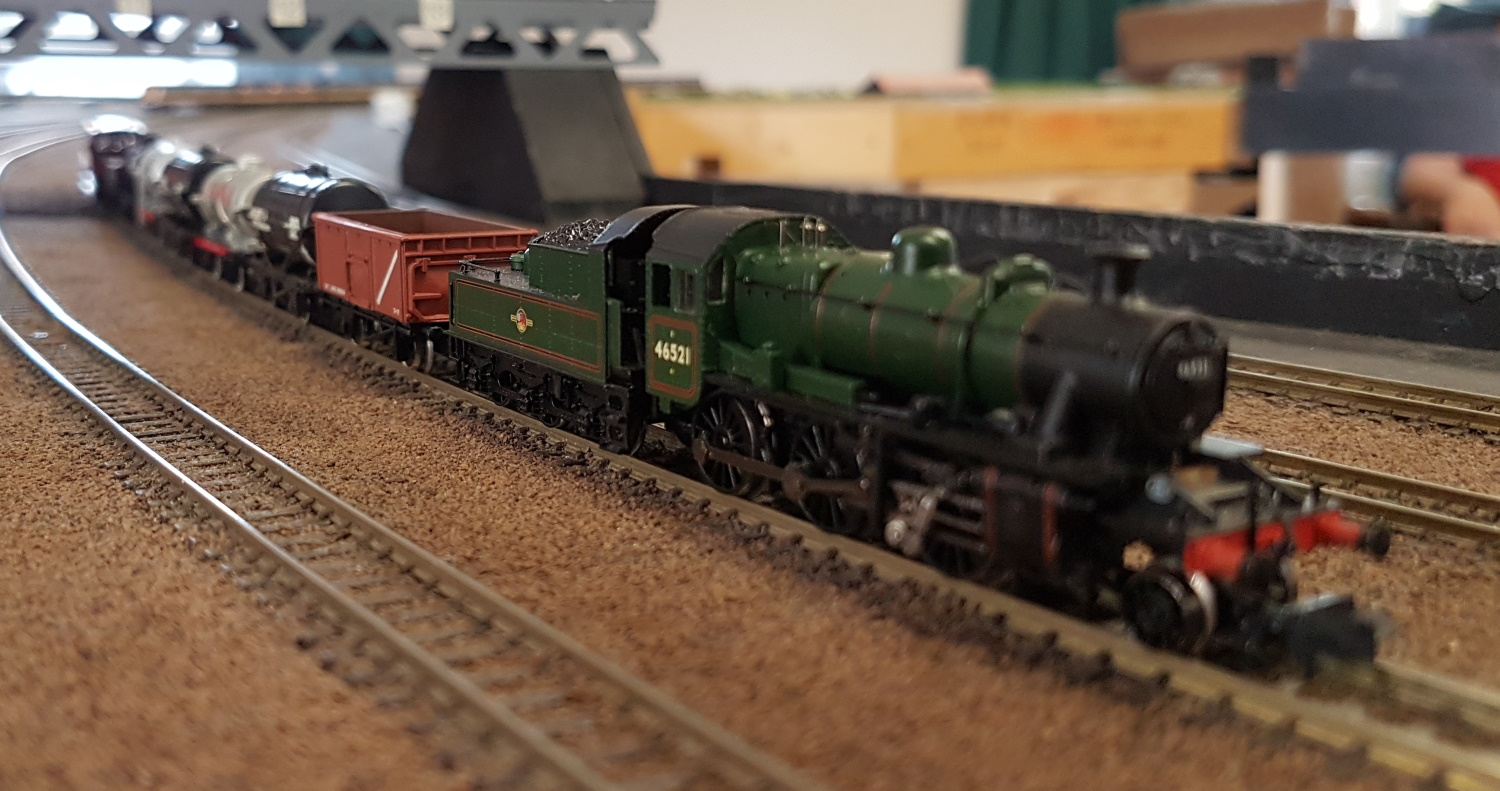 At the end of afternoon, we realised that no-one will be using the hall till after Wednesday’s meeting.  So we left the railway set up, and retired for a swift curry.

Finally, a couple of real railway pictures to finish.  The North London Line in Shoreditch, Friday night and Saturday morning.  No trains on the Saturday, as the drivers were on strike. 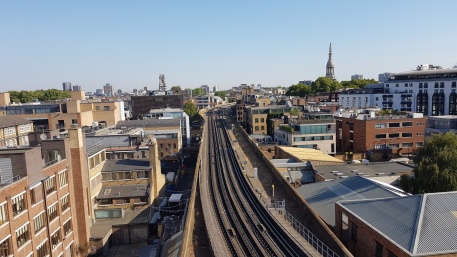