Posted on November 19, 2015 by snitchthebudgie

Derek and Allan reached Stuttgart on Tuesday, and unloaded the truck.  The first hints of a show were already taking shape.  And soon to be part filled with lots of lovely ‘N’ gauge. 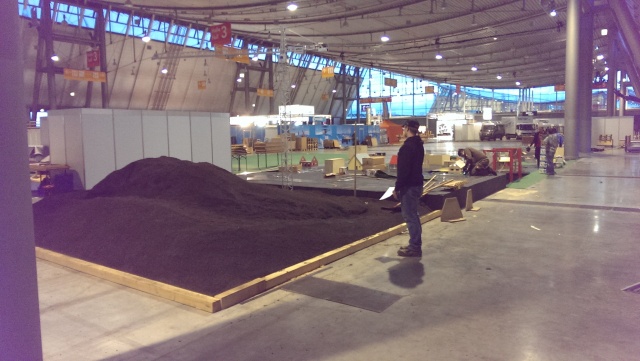 The earth is for the radio controlled excavators and other civil engineering plant (I hope.) 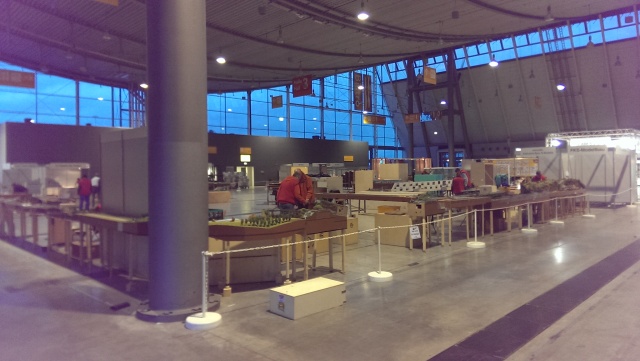 Meanwhile, back at Tolworth…

A favourite feature of the Tolworth show is the ‘American room’, home to the USA layouts and also the traders – usually ‘Penguin’ and SPV. This year’s show came up with some good layouts…..

Centrepiece to the room, and my other favourite from the show, was the HO 8 Dollar Canyon layout.  I do like circular layouts, arranged like this so the fiddle yard is in the middle of the layout.  I paced out 8 Dollar Canyon, and it is 15-16ft in diameter.  It allows a 360 degree scenic view of the layout, except for a short tunnel with crossovers into the fiddle yard.  Unfortunately, this doesn’t fit with any modular system, otherwise I’d be tempted to build one! 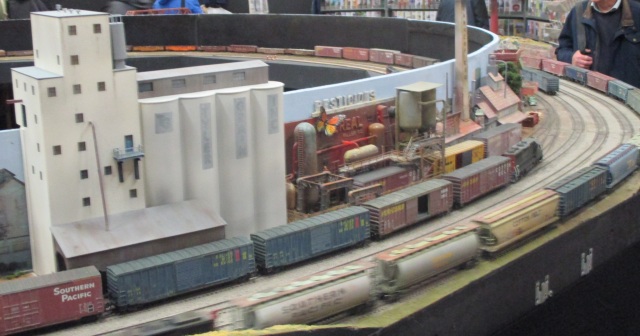 If 16ft is too much, how about this little 4ft diameter HO circle.  Not quite 8 Dollar Canyon, but still a very coherent design. 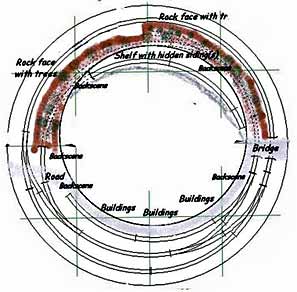 Modular railroading was represented by a few modules from the Snake Bed Railroad.  They included this grain elevator….. 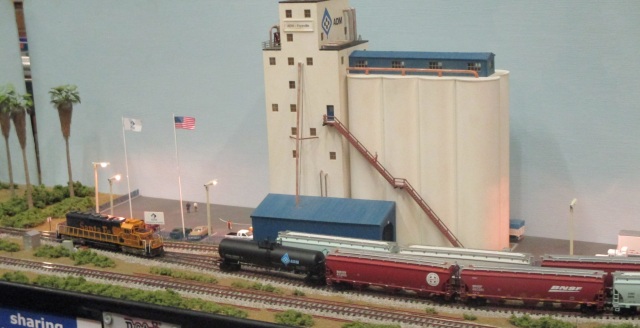 Pine Bluffs Freight Yard was also part of a club modular layout.  There were some attractive small steam locomotives on show.  I especially liked the trackwork, and the ‘green’ overgrown track bed on the sidings. 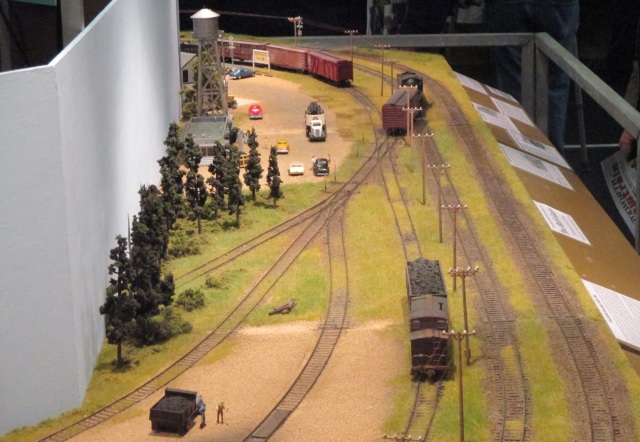 Lemmington Park was an interesting switching layout.  I was interested to see how they had hidden the fiddle yard behind some Walther’s buildings and a road bridge.  The same ploy may well work on my N-Club modules. 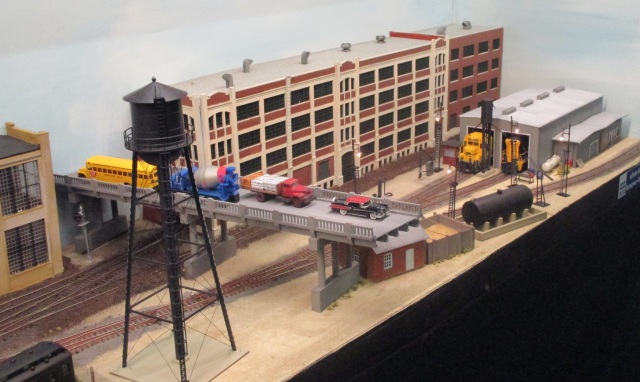 Finally, today, a taster for next time and the 3rd section on British layouts.  I do have a soft spot for west coast Scottish layouts in the blue diesel era.  Glen Uig  is has captured the character of 1980’s British Rail and the west coast.  I could almost smell the kippers.  Which reminds me of the time I went to Kyle of Localsh and almost sent a kipper by post to a friend.  I bottled out, but I wish I had…..