20 years ago, a Saturday morning treat for my son, Michael, was a visit to Redhill station to do a little trainspotting. There was plenty to see, with engineer’s trains in the sidings, ‘Dutch’ class 33’s, Mainline livery 47’s on the occasional passenger train, 37’s on an oil or coal train, and my favourite ‘Jaffa Cake’ livery MLV’s.

Today, I was back in the car park behind the Toby Inn to see the Flying Scotsman pass through Redhill.  It was running about 20 minutes late, but there’s always plenty going on at Redhill, as the junction for both the Reading and Tonbridge lines, providing you like modern EMU’s and DMU’s. 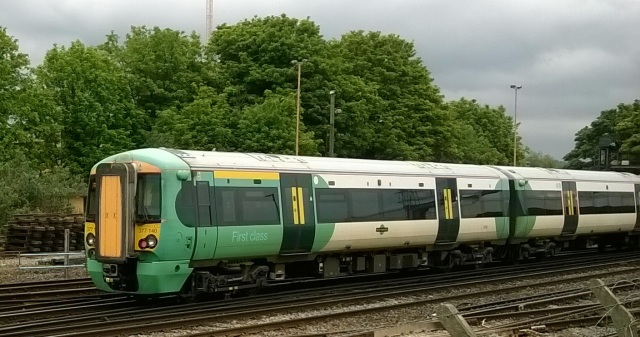 I like the new GWR livery – although anything is better than the purple and pink ‘Barbie’ atrocity – Brunel would be doing a barrel roll in his (broad-gauge) grave.

Then a whistle and a little steam over the trees, and Flying Scotsman came around the tight curve from the Reading line.  The work in the background is where they are taking up the old storage sidings ready to build Redhill ‘Platform 0’. 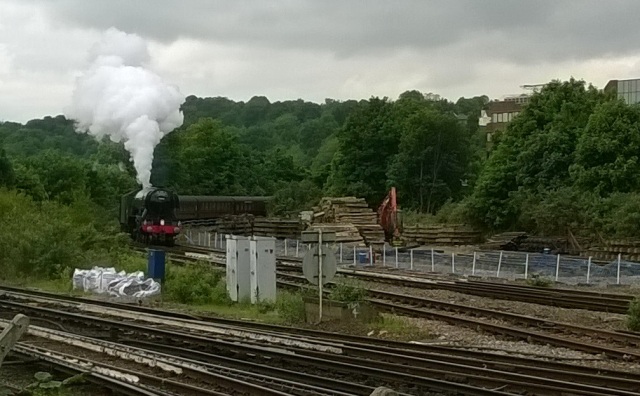 I’m not the greatest fan of LNER Pacific’s, but this is one beautiful engine, and absolutely spotless in its newly restored state.  I think the German style smoke deflectors go well with the rest of the loco’s lines. 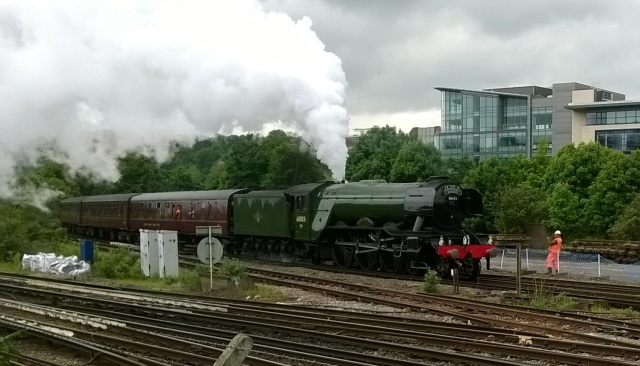 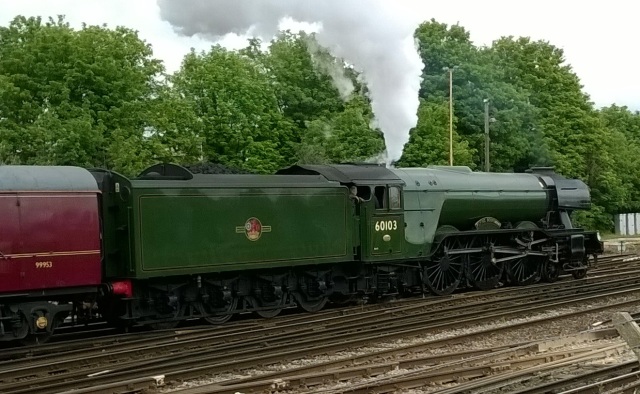 The train didn’t pause at Redhill, but went straight through, heading for Victoria and the end of the circular tour.  There’s another one this evening and you could have paid up to £200 for the privilege today.  However, considering this included a champagne sit-down breakfast and a 3-course lunch with beverages, perhaps it’s not such bad value.

The rail tour rake contained an interesting set of carriages, including this Mk1 Pullman.

And the back-up locomotive, Class 47 ‘County of Essex’, was almost worth the price of admission in itself.

And thanks to the Thameslink driver who held his train in the platform for a couple of minutes to avoid a Flying Scotsman ‘Virgin’ moment!

I might be back on Friday to see the A1 replica ‘Tornado’ pass through on the same tour.

Secretary of the East Surrey N Gauge railway club
View all posts by snitchthebudgie →
This entry was posted in Inspiration, Out and about, Prototype and tagged inspiration, prototype, railway, redhill. Bookmark the permalink.