Posted on June 3, 2016 by snitchthebudgie

The BBC reports on the Gotthard Base Tunnel:

The world’s longest and deepest rail tunnel is to be officially opened in Switzerland, after almost two decades of construction work.

The 57km (35-mile) twin-bore Gotthard base tunnel will provide a high-speed rail link under the Swiss Alps between northern and southern Europe.  Switzerland says it will revolutionise European freight transport.

The tunnel will overtake Japan’s 53.9 km Seikan rail tunnel as the longest in the world and push the 50.5 km Channel Tunnel linking the UK and France into third place.

And here comes the corny quote….

“It is just part of the Swiss identity,” federal transport office director Peter Fueglistaler told Reuters news agency. “For us, conquering the Alps is like the Dutch exploring the oceans.”

More interesting details here, together with some interesting historic photographs and this excellent graphic.  Despite the quote, it’s one impressive project.  Perhaps the portals could make a good model project?  However, like the Channel Tunnel, I suspect there will be a limited variety in the trains. 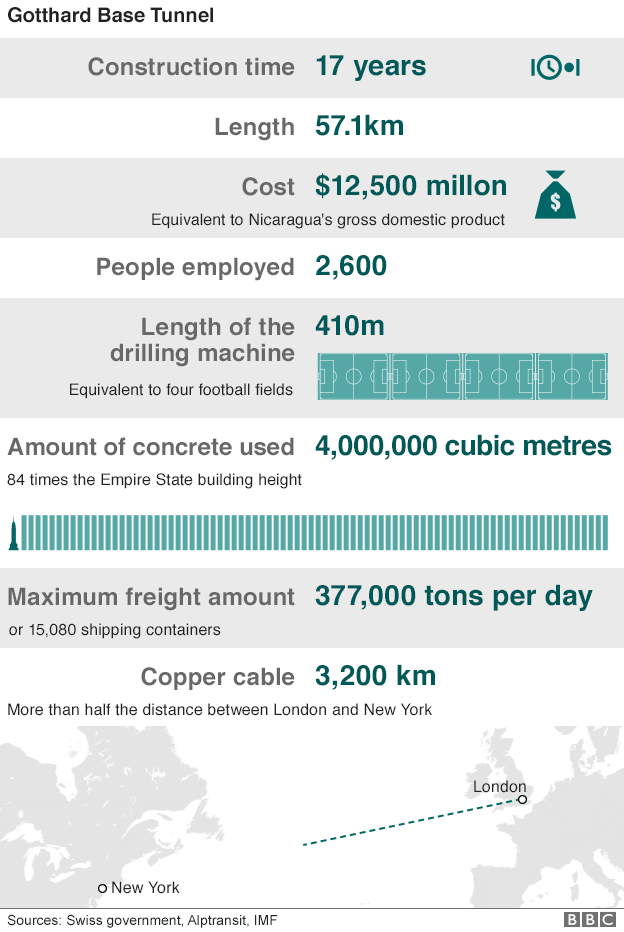