Posted on November 26, 2016 by snitchthebudgie

The ESNG contribution looked, in part, much as a normal club night, with a procession of trains of varying parentage taking to the tracks.  The Farish Blue Pullman deserves a mention as it ran faultlessly for all four days.

‘ERIC’ went Network Southeast for the show, giving Sean an opportunity to show off all his models.  The stripy blue livery was one of the better on to grace UK rails in recent years, although it was possibly subliminal advertisement for a well known brand of toothpaste.  We cheated a bit and split up the multiple units to fill two of the roundhouse tracks….

After the 4-track N-mod sections, the main line dropped to N-club 2-track modules.  Martin’s model of Ford station is a nicely compressed model of a real location on the south coast, and the Gaugemaster shop can be seen in the background.  Last year, we found that the dummy outside 3rd rail was set a little high and tended to lift locomotives off the track.  That was solved, but this year we found a few dips in the trackwork that need attention. 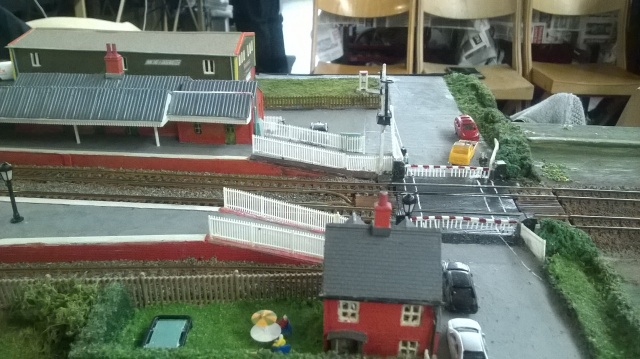 The modular setup was in the form of a U, with 4-track N-mod along one side, 2-track N-club along the end, and then 2-track N-club fronting the Konigshaven layout along the other leg of the U.  Konigshaven exhibited at Stuttgart 10 years ago, and the owners took the opportunity for a 10th anniversary return.  All ran well for all four days, a complement to the builders of what is now a 20-year old layout.  The only disaster was a train of wagons that found their way to the floor.  Fortunately most survived, and the others can be renovated with new bogies. 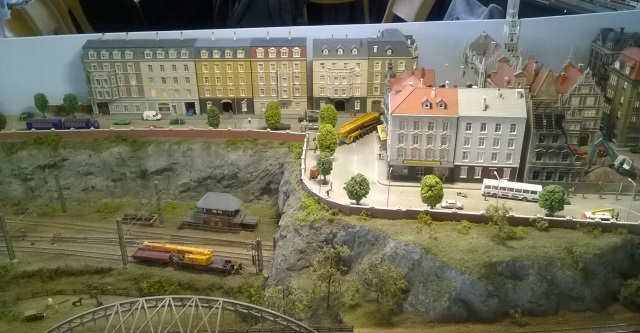 Thursday night was, as usual, lock-in party night at the show venue, with each club bringing national food (and drink).  Here’s the ESNG contribution with items such as clotted crème scones, a range of British cheeses, and delicacies such as Walkers Crisps, mince pies and Twiglets.

And of course the ever popular barrel of Sussex bitter.  The club members are shown in characteristic poses (sorry about the fade in the photos – my phone couldn’t cope with such photogenic objects….) 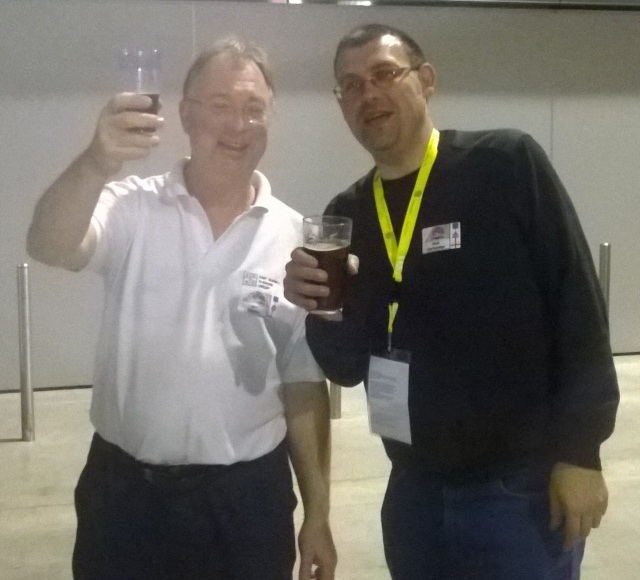 Back at the show, one stand had a series of amazing dioramas, including this one of the Tour de France.  I just don’t know how many figures were used in this wonderful model….