A feature of ESNG shows is ERIC the Roundhouse.  We try to have ERIC appear in a new guise for each show – recent themes have been a PW depot, locomotives seen in Redhill, Japanese locomotives, and Lehigh Valley diesels.  However, we were running out of ideas.  A flash of inspiration, and we proudly present: ERIC, International Tramway Museum.  I didn’t realise I had quite that many trams! 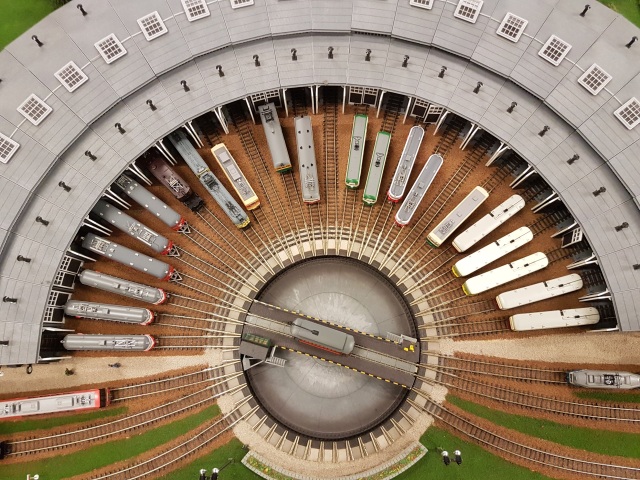 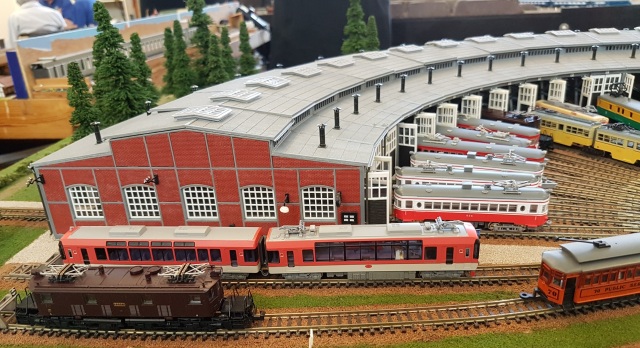 On the far side of the hall, John Brightwell’s ‘Alpenbahn’ modular layout settled down to run a steady stream of trains all day.  Alpenbahn was originally conceived and constructed as a modular layout by members of ESNG. It is now being curated by John Brightwell. As the name suggests, an alpine scene is represented, the idea being that very long prototypical trains can be run through an evocative landscape. Today, Alpenbahn is linked to two of Richard Oliver’s N-Club modules. 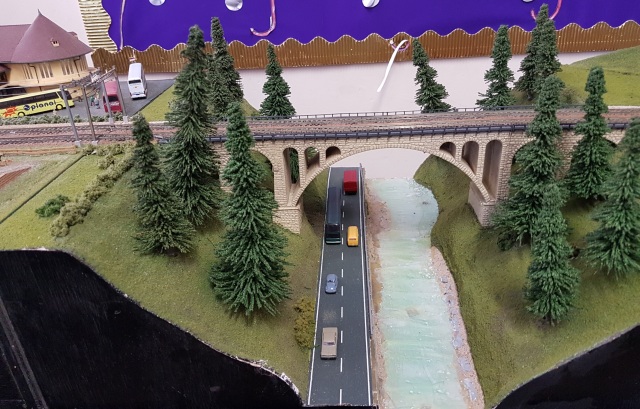 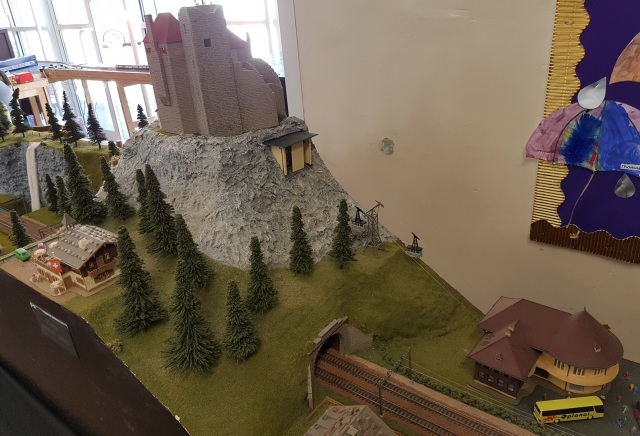 We invited Richard Oliver to add his N-club modules to the end of Alpenbahn, and he also operated the end loops.  Richard’s modules are very neat and fully lit.  I’m afraid we caught Richard at an inopportune moment.  Has he:

Please send any answers to any website but this one.  (Sorry Olly). 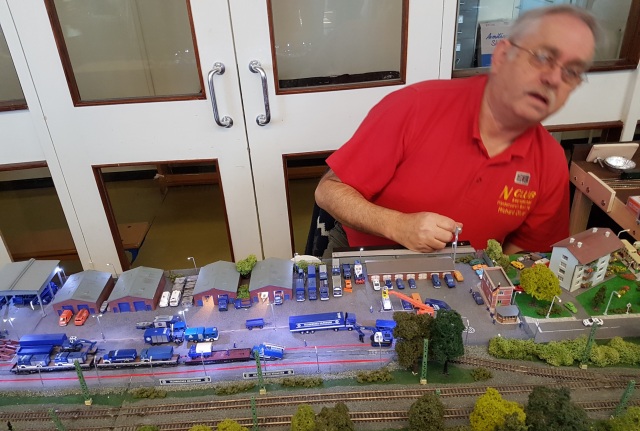 The other layout in the room was Three Gates – tiny yet perfectly formed.   It’s branch line/light railway terminus somewhere in the South West of England.  Stock is by Farish, Dapol & Peco.  The layout folds into a box 2ft. x 1ft. 4ins. for transport & storage.  This just shows that anyone can have a layout, anywhere.

Out in the corridor, Neil & Martin’s emporium was where you could buy the proverbial kitchen sink – provided it was second-hand.  There are rumours that they are part of the Trotter family empire.  Derek and Dave are wondering whether to part with some of their money….

Tomorrow, we begin to work down the classrooms to show the other layouts in the exhibition.