Also in the corridor was Kuritu.  It’s unusual in three ways. It’s Japanese, it’s an inter-urban railway, and it has been designed to be viewed from both sides. A simple design, but it just ‘oozes’ Japan. 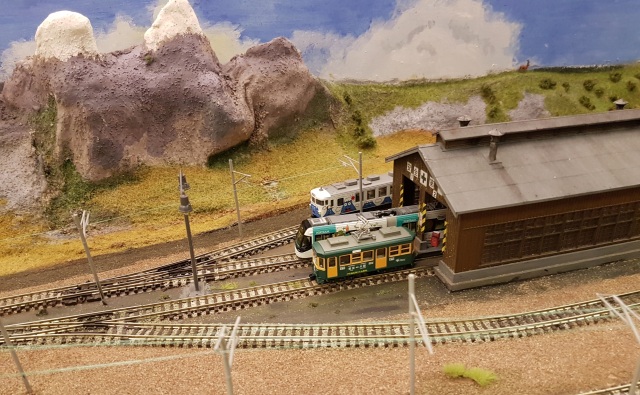 Ian Lamkin lives just up the road in Redhill, but is always booked up further in advance than my ability to arrange a show.  So it was very pleasing to get him and Santa Barbara along.  Santa Barbara is a near scale model of the area around Santa Barbara Amtrak station which is between the beach and the main downtown area. Many photographs and measurements have been taken around the station to recreate as many details as possible. The Surf Line runs from San Diego up through Los Angeles to Santa Barbara, 100 miles north of Los Angeles. 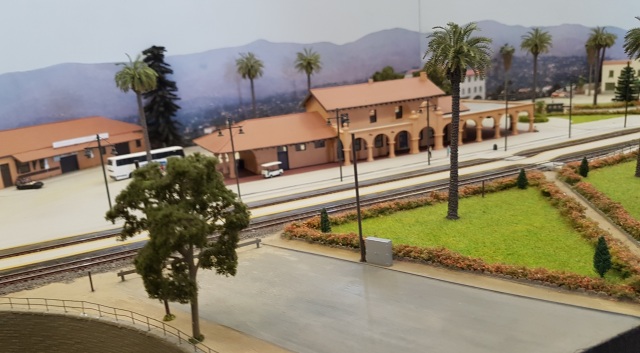 I managed to catch Atlantic Road in a train-free moment.  But it’s the summer of 1998 and trains pass above Atlantic Road, Brixton in South London. Eurostars are using Waterloo International, EWS and Freightliner are still using locos inherited from BR and slam-door EMUs are still in regular use.  I like this layout as 10 years living up the road near the Oval meant that I was familiar with the area – especially Brixton market.

Neil Grace was selling his usual mixture of military and railway equipment.  And he has added some Lego for the younger enthusiast.

We welcomed back the West Sussex N Gauge group AGAIN, with their N-mod layout. 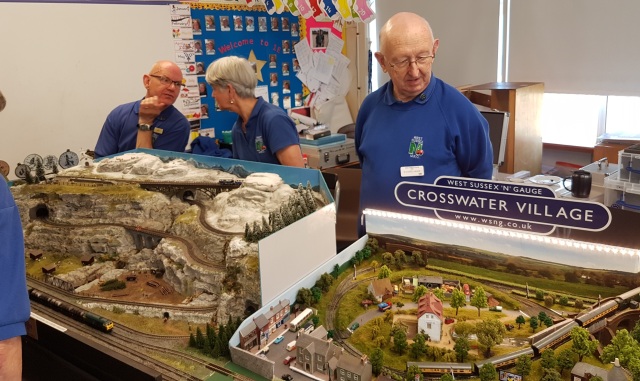 And here’s Jon the Blue-Plastic-Box man showing that he does stock other items.

One more post to go, with the rest of the layouts.