Buckfastleigh station is very well kept, and has some good branchline touches, like the trolley for the luggage and the milk churns awaiting collection.

1930’s carriages sit next to the preserved line’s staple piece of rolling stock – the BR Mk1 carriage.  The different shades of early BR livery are interesting. 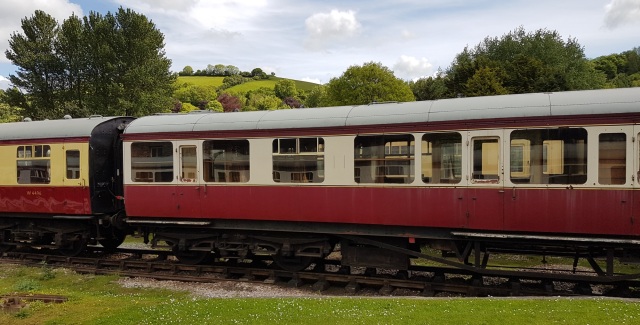 And every preserved line needs an O3 shunter.  The SDR does run heritage diesel services as well as its historic steam trains.

At the back of the yard was this Hall class 4-6-0, in need of some TLC.  I have always liked these medium sized GWR 4-6-0’s better than the large Castles and Kings.  The cylinders situated at the mid-point of the bogie, with a straight steam pipe feeding them looks much neater than having the cylinders behind the bogie.

Also at the back of the yard were a coupe of diesels, a single railcar, and some wagons.  The original line to Ashburton would have been through the crossing gate in the background. 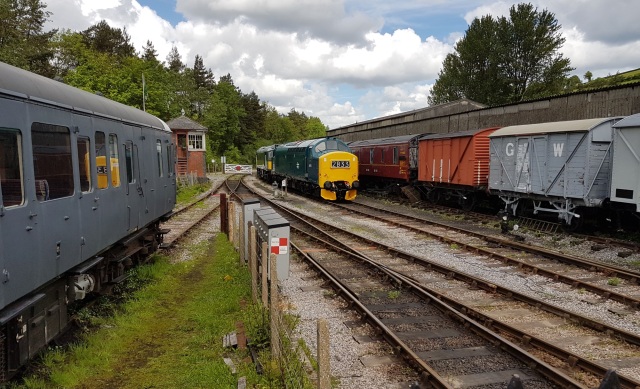 Back at Totnes, this Hawksworth brake composite was on the end of our train.  Handsome carriages, with their curved roof profile, and minimal tumblehome on the bodies.

Also in Totnes was this BR Southern Region ferry van, for services into Europe on the cross-Channel train ferry. 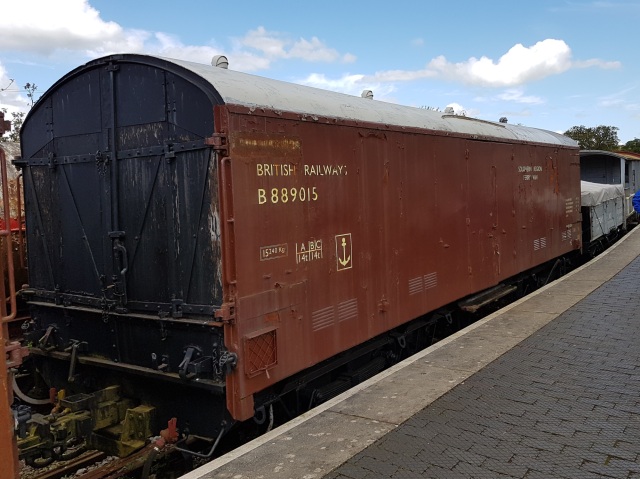 And a GWR ‘Monster’ – like a very large, flush-sided, Siphon.  I’ve always wanted a model of one of these. 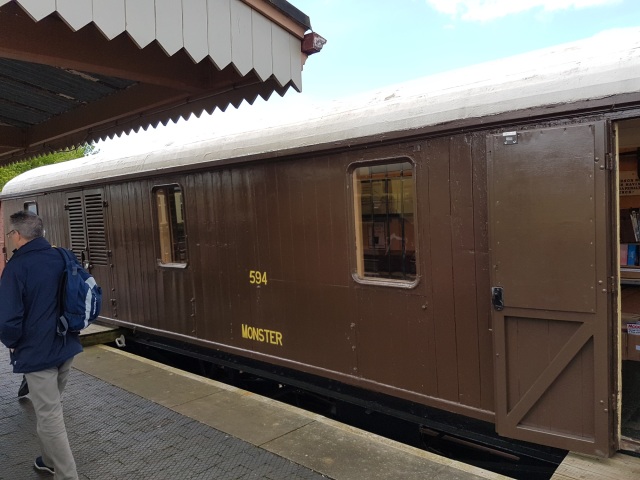 Another regular on preserved railways – the standard BR brake van.

And a line of wagons, including a pipe wagon.

Back at Buckfastleigh, we waited for the next train to leave.

And we then drove a mile or so to visit Buckfast Abbey.  Founded in 1018, but ruined during the dissolution of the monasteries, it was rebuilt between 1907 and 1938.  The abbey is an attractive building, with its light stone interior making it an ‘airy’ place. 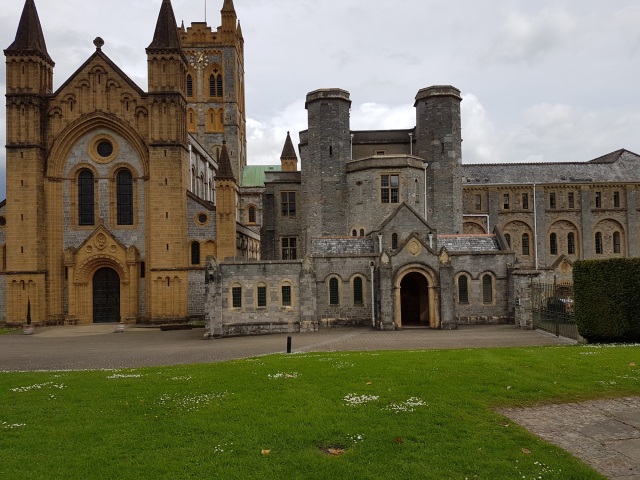 And it’s a bit of a contrast to the little Methodist chapel, that overlooks the abbey.  It predates the rebuilding, so there’s no sense of competition here – just two very different but equally attractive places of worship. 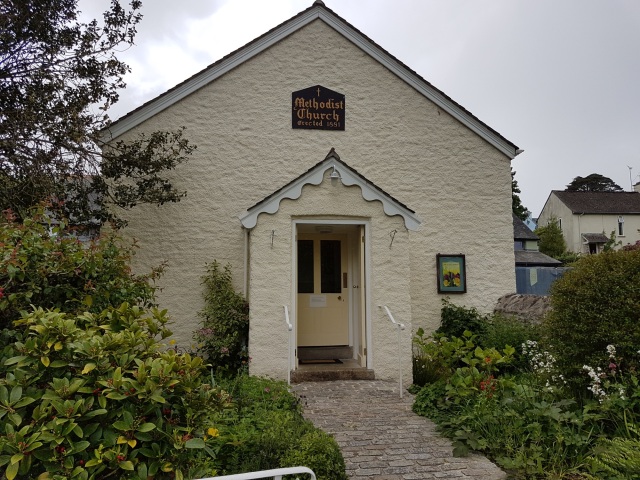 Secretary of the East Surrey N Gauge railway club
View all posts by snitchthebudgie →
This entry was posted in Inspiration, Out and about, Prototype and tagged GWR, inspiration, prototype, railway. Bookmark the permalink.