A Minories of my own – 2 – underneath the arches

Posted on December 1, 2020 by snitchthebudgie

Moving forward, I need to select the height of the arches under my Minories.  An obvious place to start is the South London prototype.  We could also move out to Liverpool or Fenchurch Street to the east of London for very similar pictures, but these are typical of my area of interest.

We start around Brixton.  All these first pictures come from Google Streetmap.  These are very low arches, with little headroom, but they have a most attractive decorative line of brickwork at the top.

The next two are close to London Bridge.  A similar design, but a higher structure.

This is in Walworth, on the SECR line up to Ludgate and Holborn Viaduct.

And this is close to Blackfriars.  A very plain, but high, structure.

Google couldn’t provide me with many drawings of such mundane things as railway arches.  But this is a neat architect’s drawing of a South London project.  The arches have a lot of decorative brickwork on show.

Finally, for the prototype, we return to Brixton, and two architect’s drawings that I have extracted from a planning application open to the public on the web.  They show the same sort of area as my photos above, and details of the arch decoration. 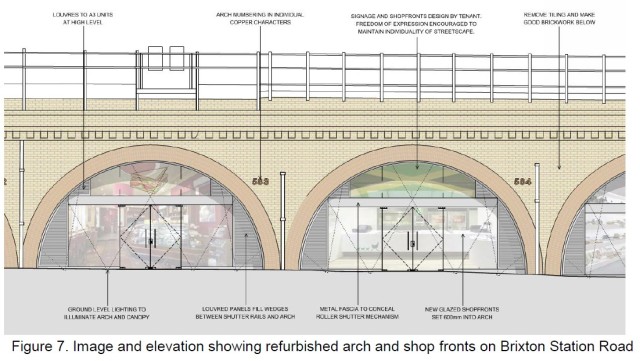 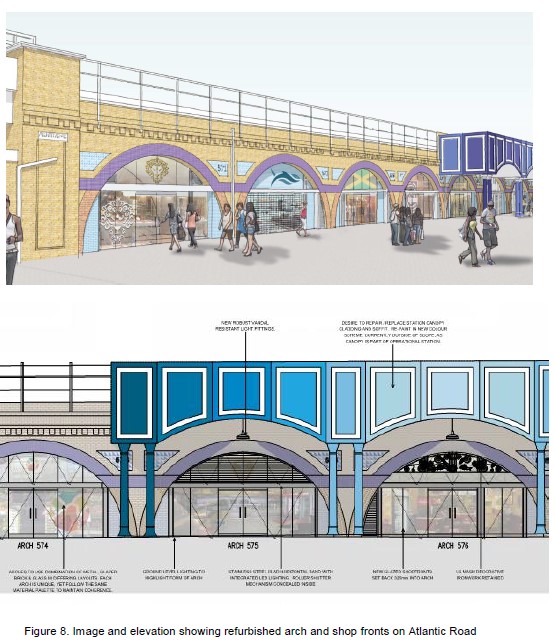 So, that’s the prototype.  How could I model this in ‘N’ scale.  ‘OO’ would be easy, as the Ratio/Wills plastic kits do a very nice arch. 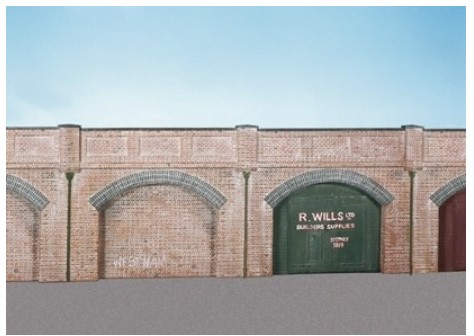 But that’s no good for ‘N’.  I’ve rejected the vacuum formed arches you can get.  These are cheap and cheerful.  The brickwork is oversized, and really closer to stonework.  And the arches on my proposed layout will be in the foreground, so need to be well modelled.

There seem to be four options.

Metcalfe make a very nice brick retaining wall, with some complex detailing.  However, the arches are retaining wall shaped, not the prototype occupied arches.  Not useable.

Scalescenes sell a downloadable set of arches in a range of different brick and stone finishes.  This is brown brick, and it looks the part.  They also sell a neat set of shops or industries to fill the arches.  I’d need to get these well printed, probably on laser-jet for durability, but they look pretty good.  And the basic download is cheap. 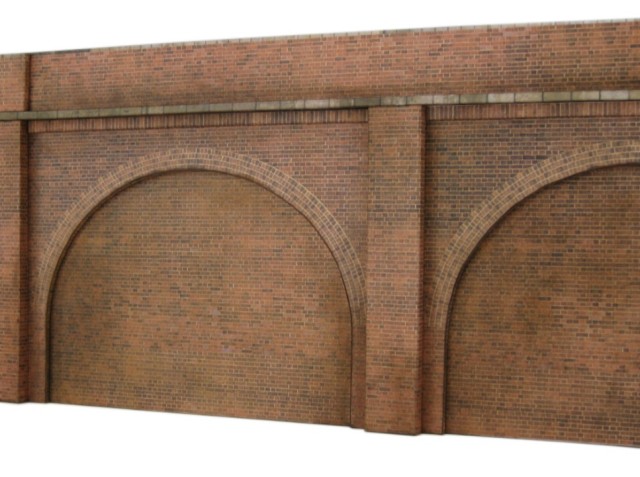 A solid outsider is the German laser-cut ‘High-line’ series produced by DM Toys.  These kits are made from laser-cut, pre-coloured, card, and MDF for the trackbed, if used.  They are fairly expensive, but not unduly so for my relatively small layout.  And they are a whole lot cheaper than some equivalent UK laser-cut arches.  Perhaps the catch is that they do look German.  That may not be a problem, as arch design does vary a lot around London.  One could replace the fancy railings with simple ones, as in Brixton, and cut the pillars between them down a bit, but the lack of decorative courses of bricks at the top of the wall stands out.  And UK arches do seem to extend higher into the structure.  The brickwork does, however, look excellent – perhaps a little overscale, but not too much. 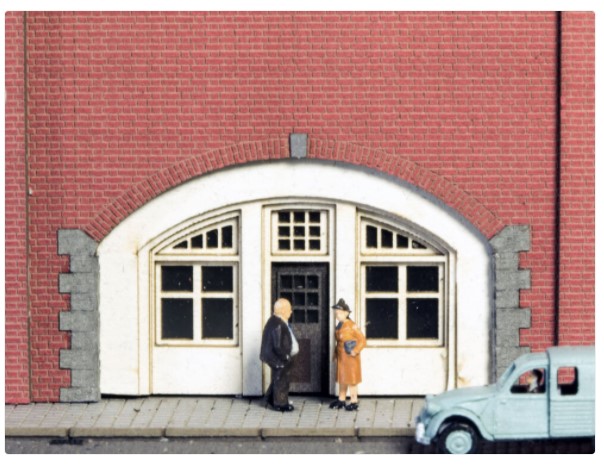 Finally, Scalecast sell silicone moulds to cast your own arches in stone or resin.  Nice detail here, but I don’t really fancy casting all of them, and making the occupied arches may be tricky (of course, they do a mould for ‘OO’).  Perhaps not this time!

So I think we are left with a choice between DM Toys and Scalescene.  DM Toys would have the advantage that they also make a couple of neat bridge kits to match the arches, but I think that Scalescenes win, as they do look so much more ‘English’.  Will they look OK in the foreground?  I think so, but it occurs to me that it would be possible to use the Scalescenes downloads as templates for scratchbuilt arches in Plastikard.

But at the moment, all I need to do is to fix an elevation for the upper board.  Scalescenes provide this useful sketch that gives the required dimension – 43.5mm between levels. 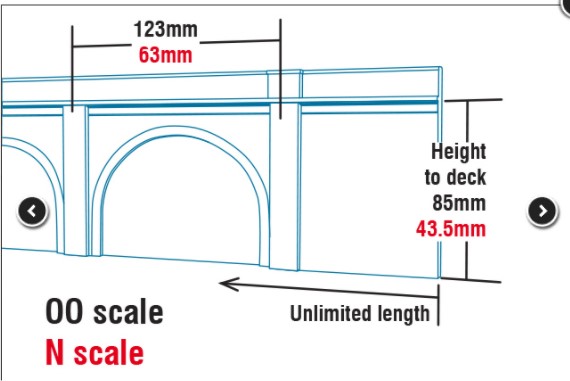 Next, I need to draw up a cutting list for the baseboards.