ESNG at the Bluebell – 2

Posted on July 9, 2017 by snitchthebudgie

Today, a few shots of the trains around Sheffield Park.  There were just so many locomotives to admire – some in steam, some awaiting maintenance, and some, like the Schools Class 4-4-0, in pieces.

Just outside the locomotive works was a line of Southern locomotives of various vintages. 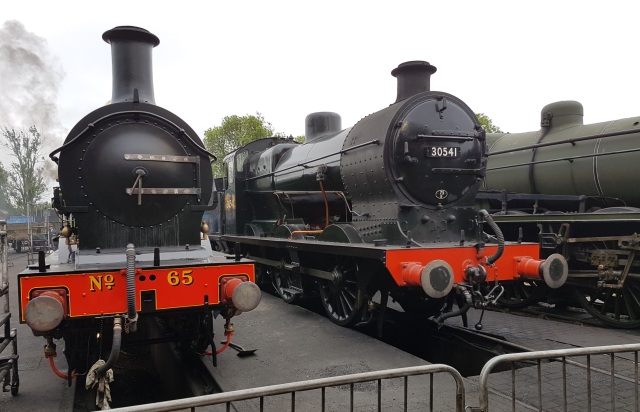 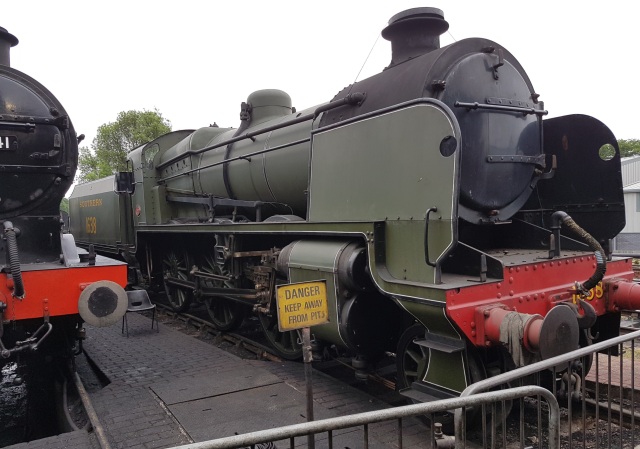 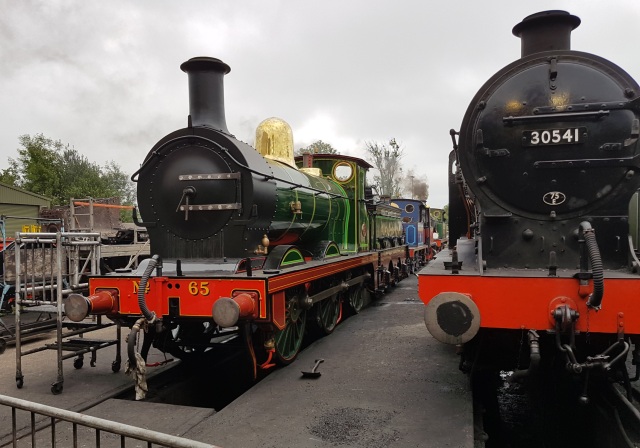 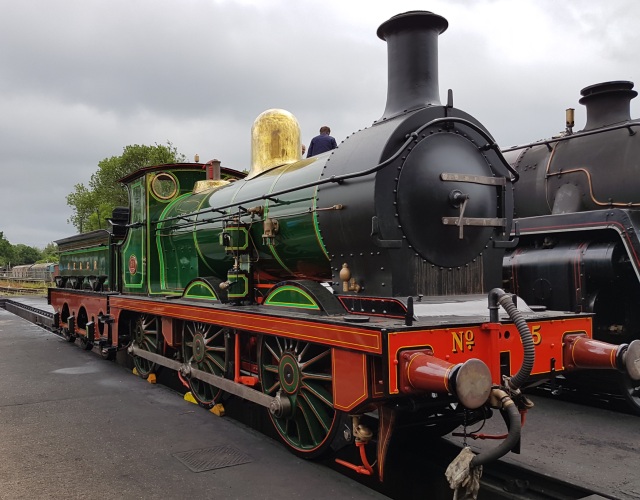 And inside the shed, LBSCR 0-6-0T ‘Terrier’, ‘Stepney’ showed how smart – and complex – the old LBSCR livery was.  It is rumoured that the unusual livery of “Improved Engine Green” came about as designer Stroudley was colour-blind.  I can’t think of any other reason to paint a locomotive that colour!  Built in 1875.  How many preserved diesels will still be running when they are 142 years old?? 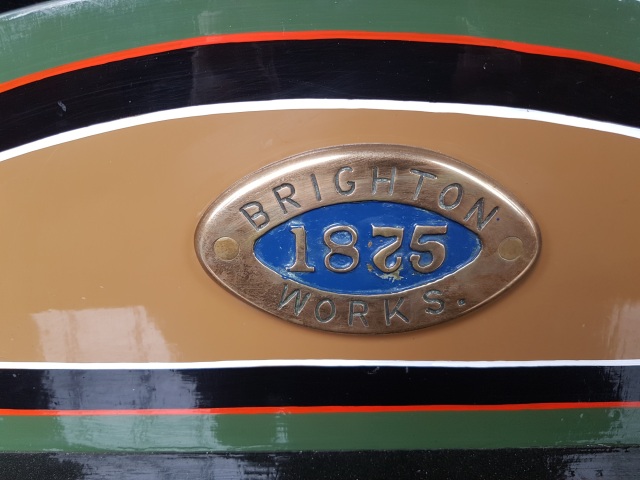 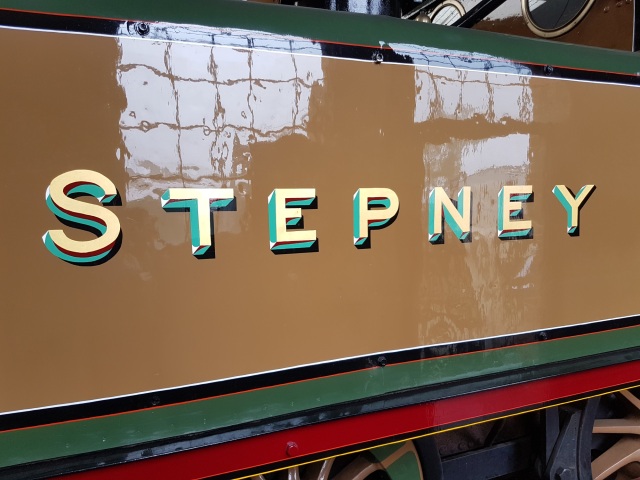 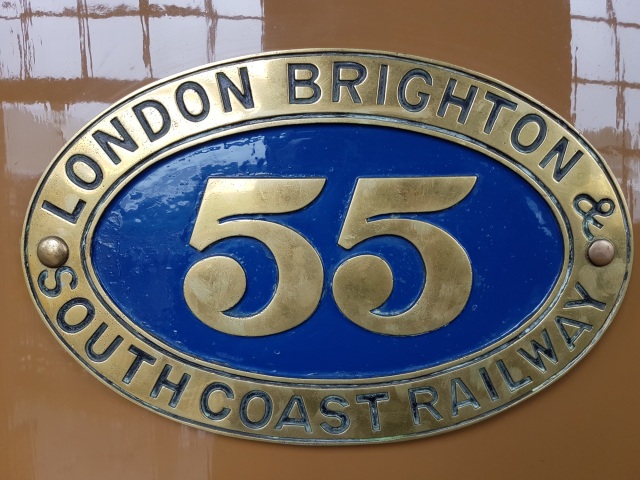 Also in the shed, but difficult to photograph, was this lovely LSWR Adams 4-4-2T ‘Radial Tank.’  It’s a shame that you can get two versions of this classic locomotive in ‘OO’, but nothing is available in ‘N’.  Not sure where the motor and weight would go, though? 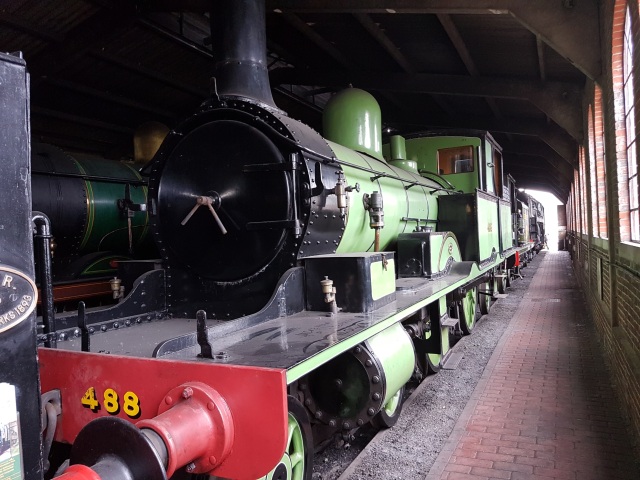 Outside, there was a shuttle service running push-pull from Sheffield Park to Horsted Keynes, with this little industrial locomotive on one end…. 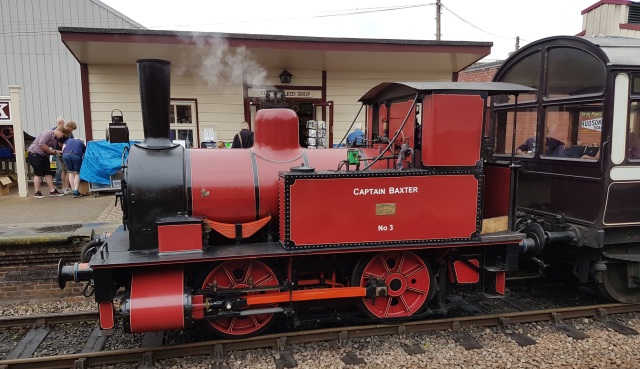 An observation  car and some four-wheeled coaches between….. 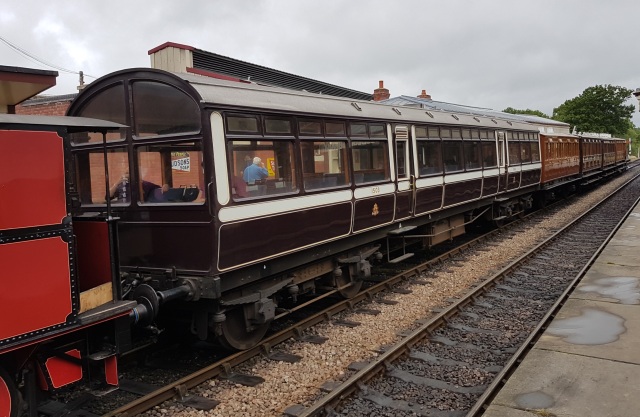 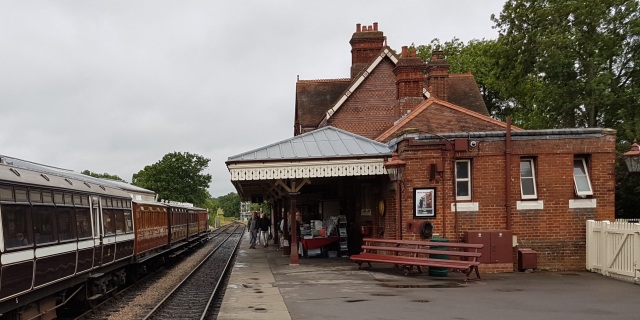 And an SECR ‘P’ class 0-6-0T on the other end of the train.  These diminutive tanks were built for push-pull services on the SECR, and would have been SECR, then Southern green in livery.  However, this one looks very smart in ‘Bluebell Blue.’  It remains a moot point – should preserved locomotives appear in imaginary liveries, or, as has happened, be renumbered and named as a different member of the class.  I’m not sure of the answer.  I guess if it doesn’t happen too often, why not?  We can’t keep the past completely frozen, and the Bluebell is a living, working, railway as much as the privatised railways next door. 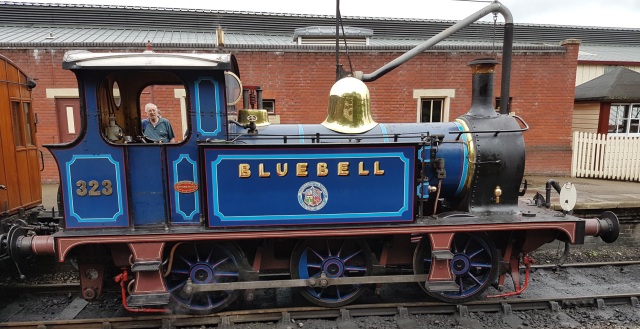 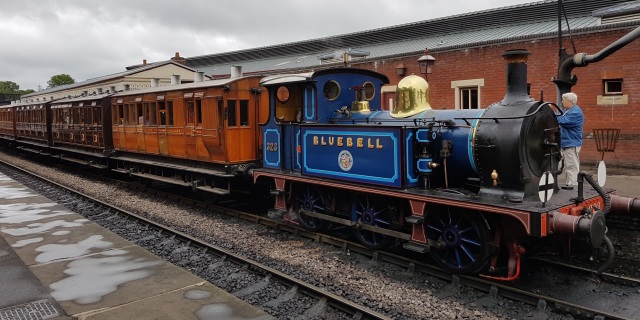 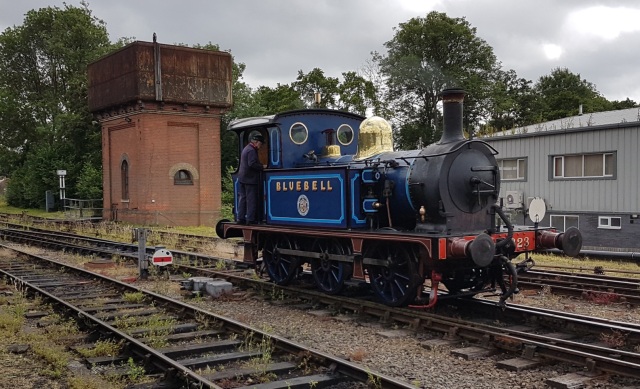 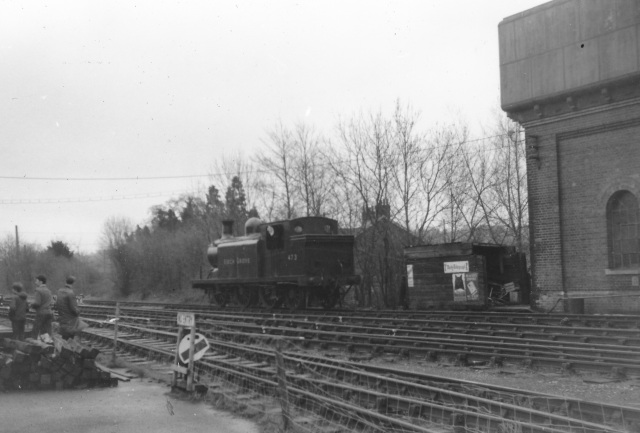 Next post, a look at the other models on display.

Secretary of the East Surrey N Gauge railway club
View all posts by snitchthebudgie →
This entry was posted in ESNG, Exhibitions, Out and about and tagged ESNG, exhibition, modular layouts, N gauge. Bookmark the permalink.

1 Response to ESNG at the Bluebell – 2