Posted on September 23, 2017 by snitchthebudgie

Wednesday’s meeting was European night, with just a few British and American interlopers.  People seemed keen to try out their TINGS purchases from the previous weekend.

There was a good turnout of members, and we were delighted to have a potential new member.  He could add to the confusion at the club….  David Apps, not to be confused with Derek Apps our treasurer.  Fortunately, although white-haired with glasses, he hasn’t got a beard (yet), so there is no chance of confusion with the two Derek’s……

And final pictures from Ron.  No railways included, but a good closure to his holiday.  More wine seems to be involved….

Today we went on a coach trip to the wine town of Bernkastel-keyes for a trip on the Moselle followed by free time to explore.

On return to TRIER I took a final walk into town and took these photos. There is the famous Roman Porta Nigra. As you just make out the Irish are trying to climb it. The city’s road train and open top sightseeing bus. Also there is an appropriate street name. 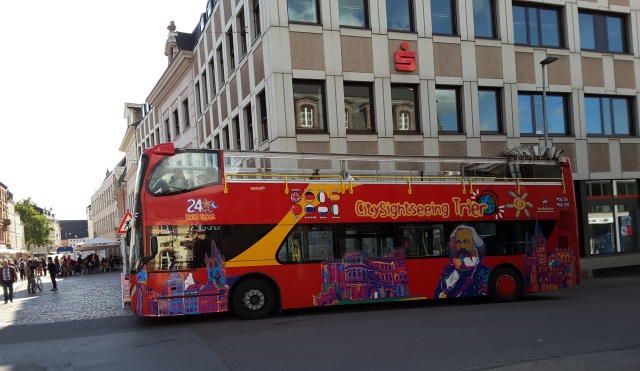 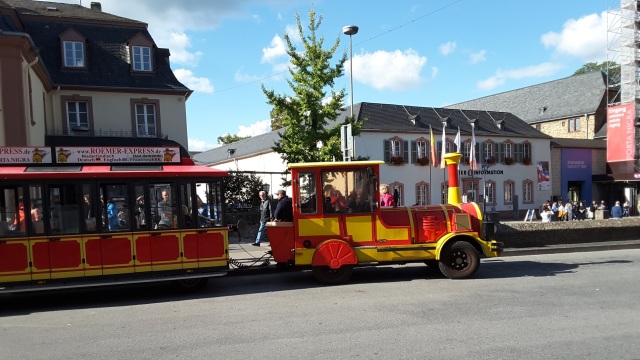