Posted on January 7, 2018 by snitchthebudgie

First club night of the new year, and despite the Chairman not being there due to anti-social working hours, 13 members enjoyed a varied procession of trains on the layout.  Mind you, Ian doesn’t look too excited by proceedings in the picture below, or perhaps it was the Treasurer’s conversation skills? 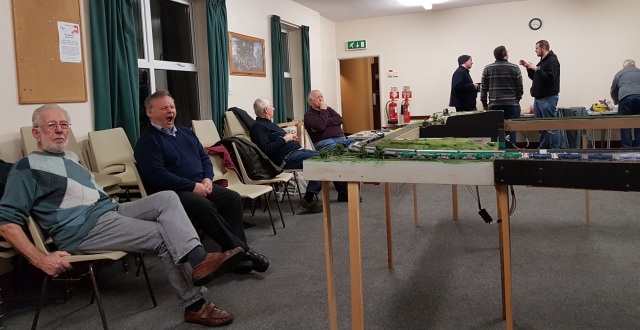 And Ian’s Metra double-deck push-pull rake ran as well as it looked.

Derek was running an Longmoor Military Railway ex-WD 2-8-0 and passenger stock.  The WD looks rather more impressive in blue and red than the more usual BR grimy black.

All in all a good social evening!