Next day, it was time to take to the water, for a 3 hour boat trip.  This was a circular route along one of Berlin’s canals, and back along the River Spree.  If you go to Berlin, totally recommended – relaxing and a good way to see a lot of the city.

We took the youngest member of the family on this trip…. 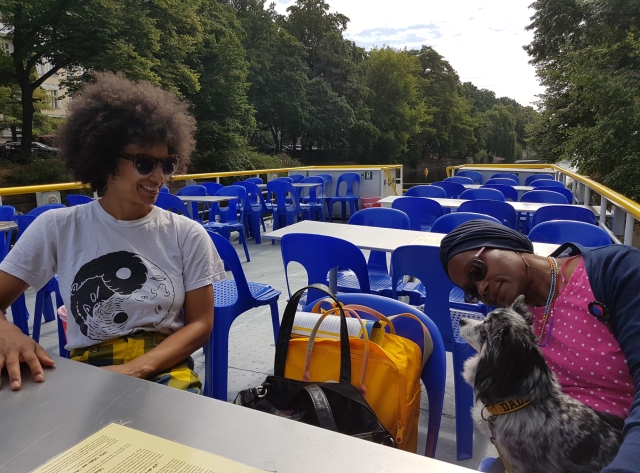 Part of the canal ran parallel to the U-Bahn, with this impressive elevated station cantilevered over the canal. 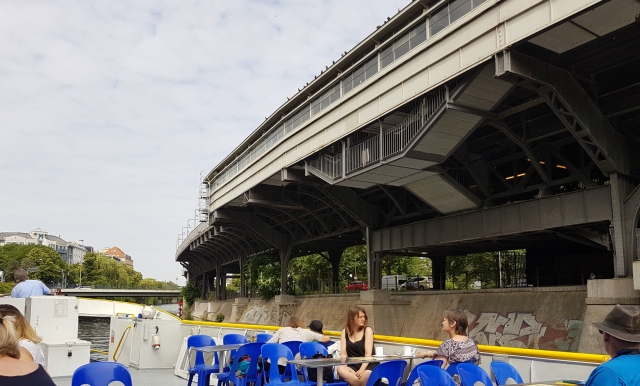 We passed the Technology Museum, with this fine collection of bridges.  The lower one once carried a rail line, but is now a footbridge. 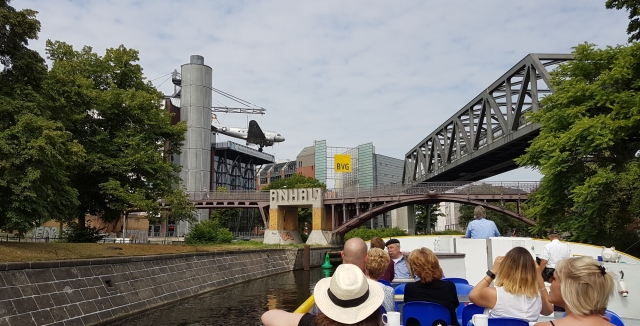 Three locks on the trip (two on the canal and a large one on the Spree) were very interesting to watch in operation.  A local train passes overhead here….

An S-Bahn train crosses the Spree, with the Alexanderplatz tower in the background….

Jannowitzbrücke station would make an interesting model, with the supporting arches dropping directly into the river.  It has two S-Bahn platforms, and the main lines bypass the station on the outside.

The Oberbaum Bridge (Oberbaumbrücke) is a city landmark, a double-deck bridge crossing the Spree.  Road crosses at low level, the U-Bahn above.  The Berlin wall ran along the left bank in the photo below.

Finally on the boat trip, there were a number of extremely low bridges (I think there was one even lower than this) with dire warnings to keep ones head down! 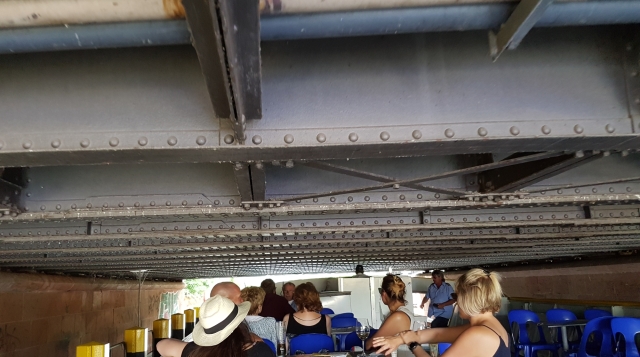 Our last day in Berlin was spent socialising with Ruth’s friends, and having a beer or two whilst watching the World Cup – Mexico .v. Germany, of course.  The whole (expatriate) apartment was, also of course, supporting Mexico.  The following morning, the Berlin papers looked like the UK ones usually do after a football tournament.  Long may it last!!

Secretary of the East Surrey N Gauge railway club
View all posts by snitchthebudgie →
This entry was posted in Inspiration, Out and about, Prototype and tagged Berlin, inspiration, prototype, railway. Bookmark the permalink.

2 Responses to Berlin – a boat trip