And, just for a change, another Swiss holiday #10

Another very hot day. Set off by bus to Rotkreuz changing at Kussnacht. We then took train to Zurich and following a couple of train journeys we took a boat down Lake Zurich to Rapperswil for train back to Kussnacht.

Drama on the journey back. We saw a man lying on his back by a level crossing and then the train came to a stop. The driver and guard walked down the outside of the train before extracting a mangled bike from under the train. The train then continued on its way. We were late into Kussnacht and were pleased to seen our connecting bus waiting for us. 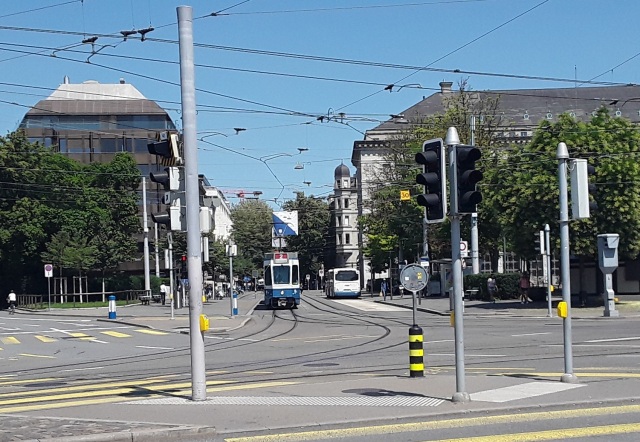 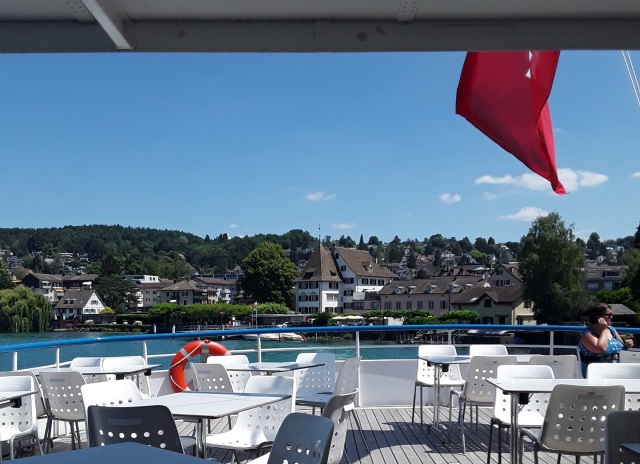 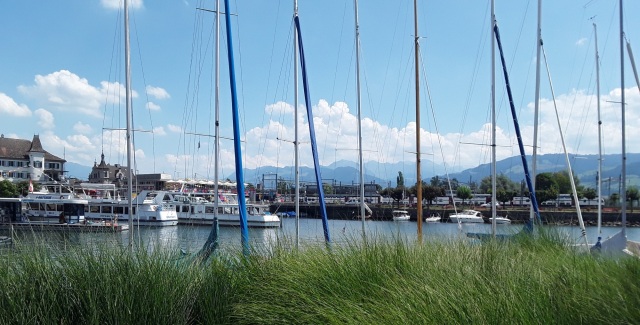 Still no rain but overcast today and breezy on Lake Lucerne.

First thing today we headed by bus via Schwyz to the recently reopened Stoosbahn, which is the steepest funicular in the world. It was an experience! Shortly after leaving the valley station it is like going up a wall in an outside lift. After visiting Stoos we descended and caught a bus to Schwyz Bahnhof for trains to Luzern charging at Arth Goldau. In Luzern Allan settled down to do some grieving [not more grieving? Ed.] whilst Ron went into town to walk round.   We returned to Vitznau by boat. Now have to repack our cases for transfer tomorrow to Filisur. 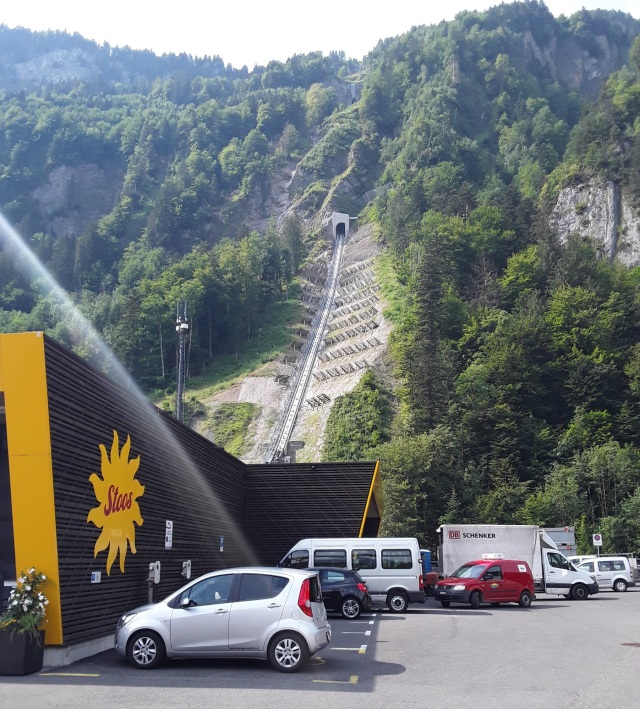 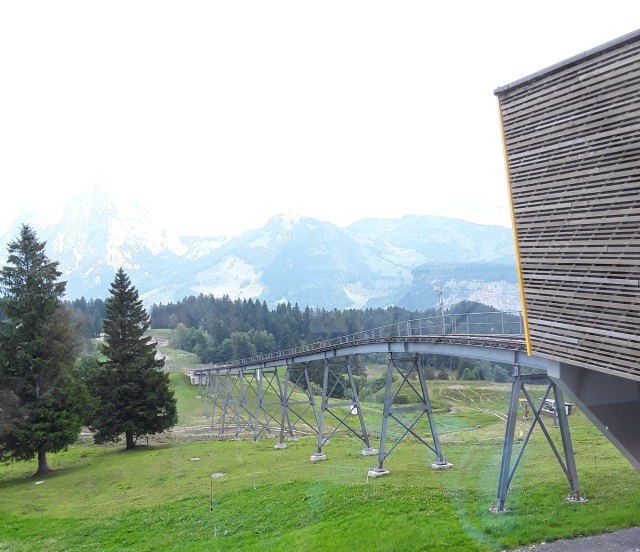 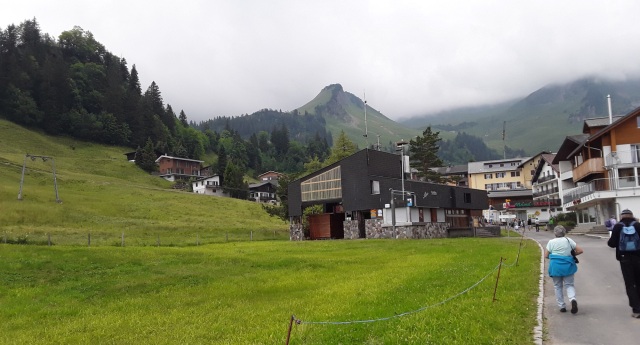 More pictures of the Stoosbahn next time, from Allan. 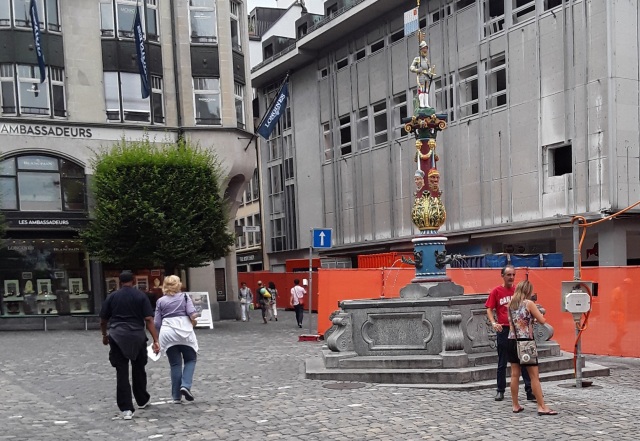 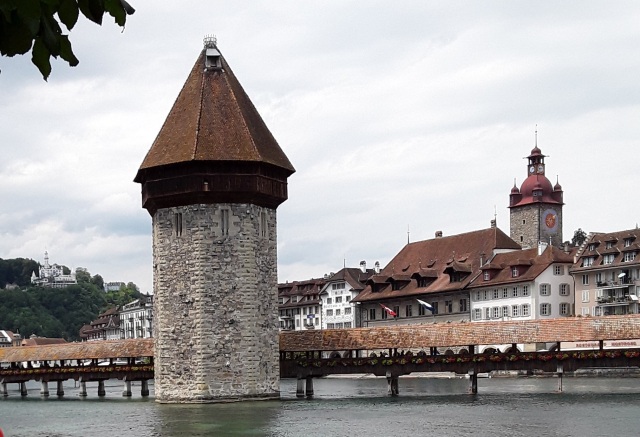