Posted on October 27, 2018 by snitchthebudgie

We’re definitely into the exhibition season now, so last Saturday I drove down to Uckfield for their annual show.  This is always one of my favourites, as it is very much a ‘fine scale’ show, usually with lots of quite small layouts and all good quality with no ‘fillers’.

This year was no different, and it was a very interesting exhibition.  I also timed the Civic Centre café very well – 45 minutes looking at the layouts, a break for a very reasonably priced bacon and egg and coffee, then back for another look at the railways.

We’ll start with John Greenwood’s lovely St Blazey shed in 2mm finescale.  It was originally the headquarters of the Cornwall Minerals Railway, then became part of the GWR.  A sort of mini-ERIC, really! 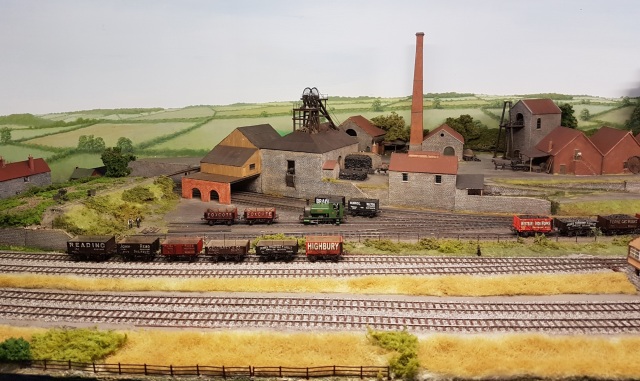 ‘N’ was represented by Hinksey Yard, modelling the real ‘Virtual Quarry’ that is just south of Oxford.  All sorts of ballast wagons appear in the yard, together with some track and PW wagons, whilst main line trains pass on the Oxford line. 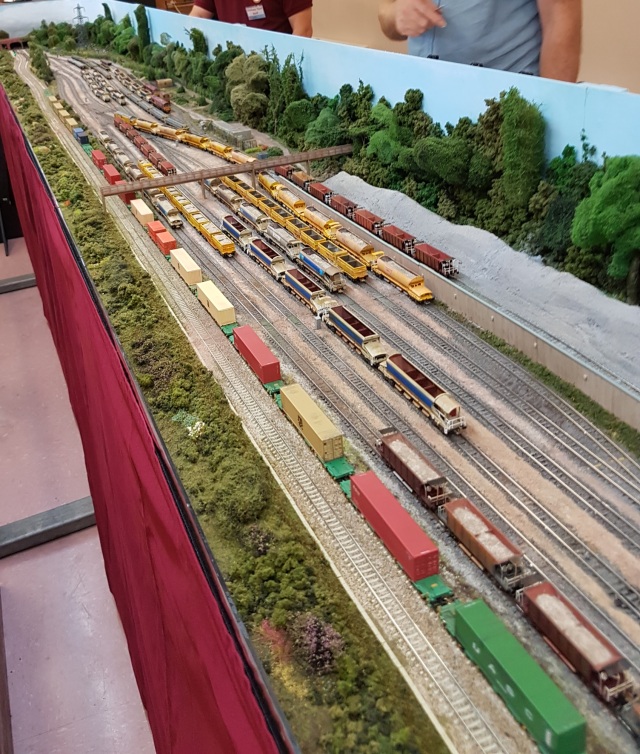 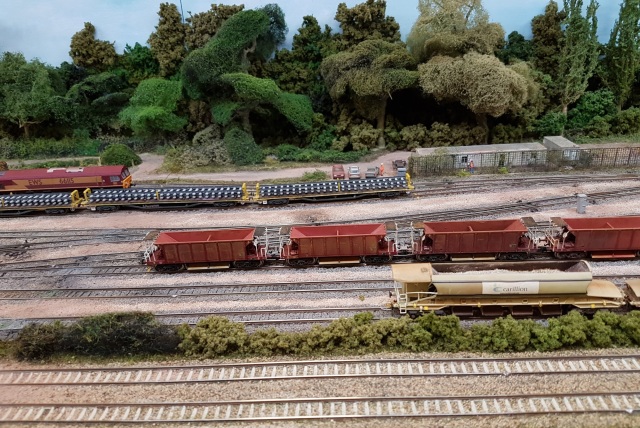 Llanfair Caereinion is a scale model of the W&L terminus, in OO-9.  The station is modelled as it would have been in 1935, but the locomotives come from all eras – hence the diesel on the train of sheep wagons below.

Lakebank is unusual, as it is not only ‘TT’ – 3mm to the foot scale – but it is also built in finescale with a gauge of 14.2mm.  Set in the Lake District, there is a distinct ‘Swallows & Amazons’ feel to the lake itself.  I enjoyed this, as I lived on those books at a certain age… 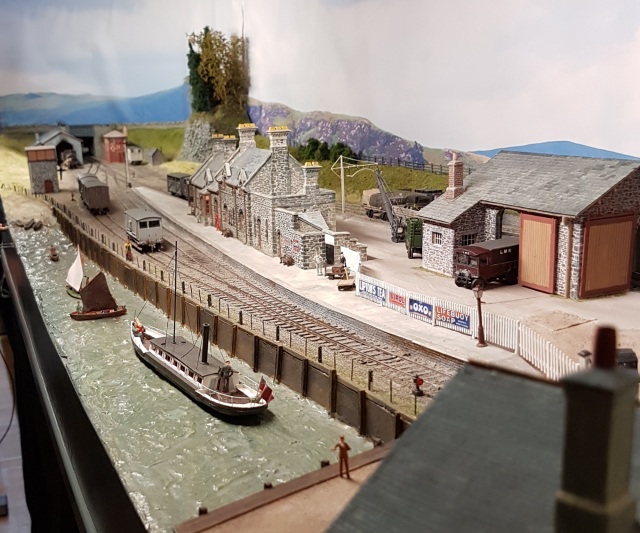 Clevedon, in EM is Andrew Ullyott’s homage to Clevedon on the Weston, Clevedon & Portishead Railway.  A Colonel Stephens light railway, hosting the usual range of outdated locos and rolling stock that make light railways such a compelling prototype.

Much Murkle in OO is a GWR branch line, but the cider plant next door has its own industrial locomotive, and makes an excuse for vans arriving from all over the UK. 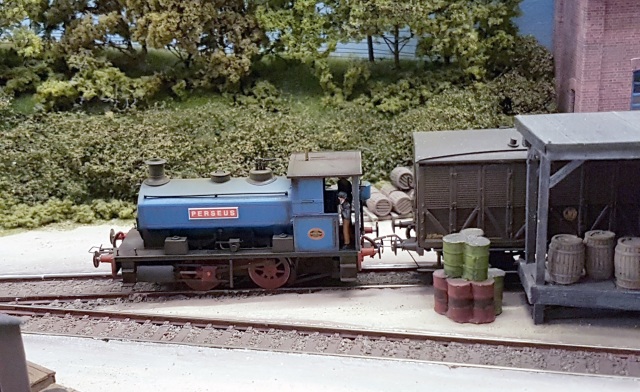 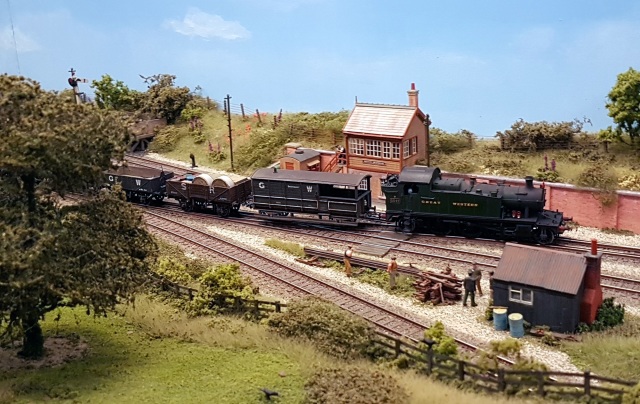