Posted on August 22, 2019 by snitchthebudgie

A busy club night – 13 attending, including Sean’s two lads.  We were missing Mr Atfield, who had the lurgi, and Graham after an eye procedure.  Lucas was providing all the sound effects, and was much better (and cheaper to run) than a LegoBiffoMan chip.

The fiddle year had the usual variety of trains….

One can see that Michael had come along….. 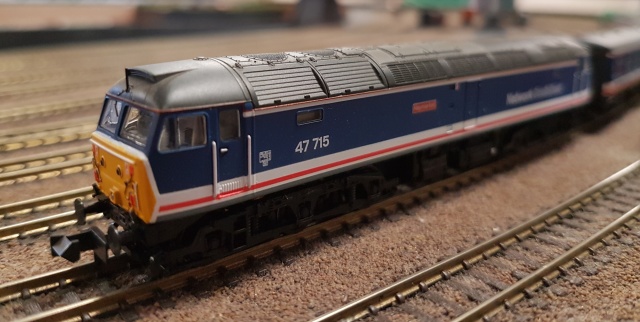 I didn’t get around to running my SECR and BR versions.  Good job I did a few hours work this week, to pay for them both!

Never let it be said that ESNG isn’t educational, and doesn’t cater for the younger generation.  German lessons from a railway album.  (Truth be told, Allan’s German could be better and they were looking at the pictures.)

All in all a busy and fun evening – we even packed up a bit early, as nearly everyone had disappeared off by 9:30pm.