Sunday’s PlayDay was well attended, with 10 members there, plus Sean’s Lucas.  Derek brought round the new club corners, to wire up some leads…. 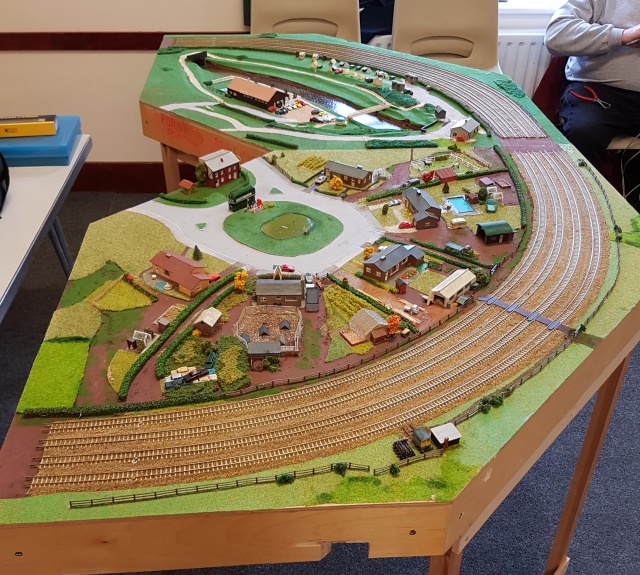 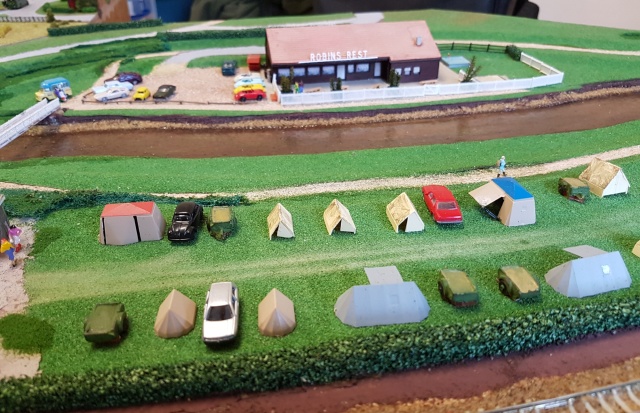 And also one of his new ‘super dashboards’.  This one will link up with Peter’s station….

And elsewhere, trains we run.  We had a fair size circuit set up, as Paul and Dave brought along some new boards….

And Network SouthEast passenger.  Made more realistic by the blue-gray coach amongst the toothpaste liveried ones.

I had spent a few hours adding a little weight to my Conflats and gluing the containers in place.  A train of 25 wagons behind a Hymek made an attractive train.

And Paul had his usual selection of bullet trains, including one repaired by Kato in Tokyo.

And Brian filmed it all….

And on Monday, more progress on the fiddle yard – we’re getting there!