Keeping the overseas flavour, here are four shots of Banjar, Java, and some Indonesian trains.  A modelling point I liked are the grassed areas between tracks.  You don’t see those at Clapham Junction! 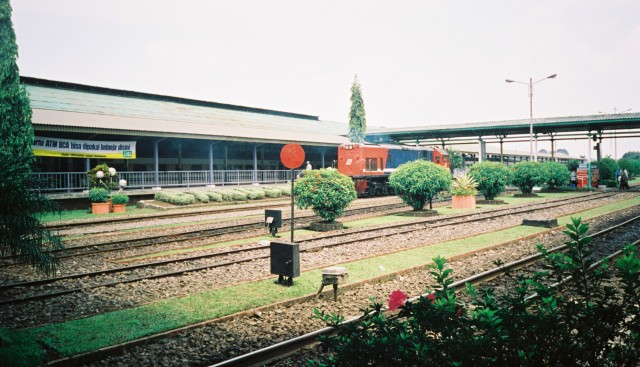 And a bit of added pure tourism from that project.  The Acip made the best fried noodles that I had ever tasted – and they still haven’t been bettered!

And Pangandaran was the local ‘seaside’ for the occasional weekend escape.  Once served by a branchline from Banjar, and some of the viaducts are still in place.

And Borobudur, a 9th century Buddhist stupa in central Java.  I think that I’ve visited it three times, and it’s one of the most impressive sites that I’ve ever been to. 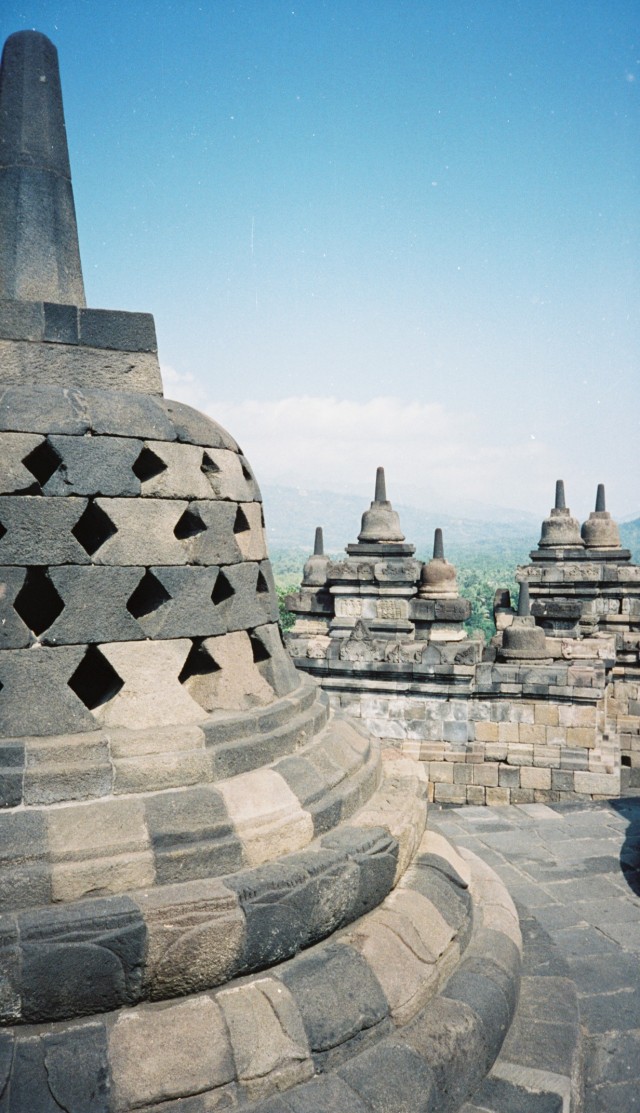 Secretary of the East Surrey N Gauge railway club
View all posts by snitchthebudgie →
This entry was posted in Out and about, Prototype and tagged Indonesian railways, railroad, railway. Bookmark the permalink.