A few more pictures today, culled from too much browsing under lock down.  These all have a Southern Railway theme.

We start on the old LBSCR.  Here, a Brighton built Fairburn tank approaches East Croydon station in 1952, hauling a train of Birdcage coaches.  A train that can be closely modelled in ‘N’ gauge.  Note too the Hall & Co. depot, that might, in earlier days, been home for an ESNG open wagon. 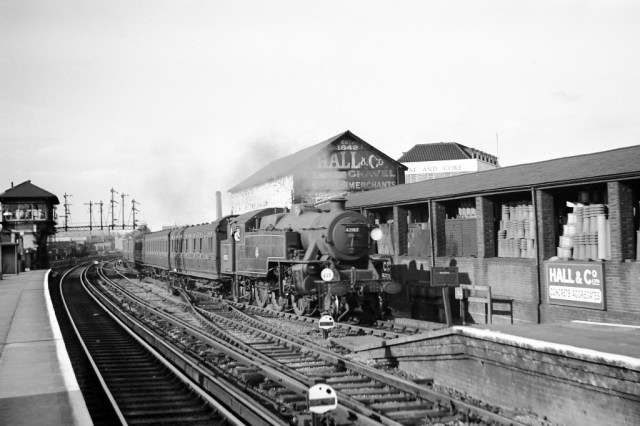 Next, one of the nicest locomotives never released as a model – the ‘J’ class Mogul.

And a bit of early Health and Safety.  Balcombe in the early years of the 20th century.  But an attractive signal, and a dapper gentleman showing just the shoes and hat for climbing a signal ladder.

Victoria, 1929, with an ex-LSWR T9 on the eastern section.  This locomotive is similar to that modelled by Union Mills, with full width splashers and a six-wheeled tender rather than the eight-wheeled Drummond watercart. 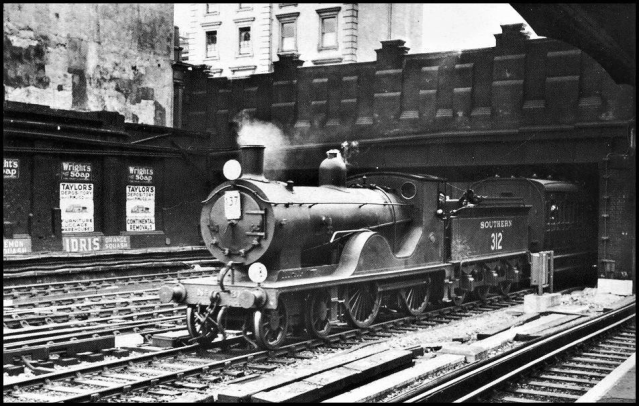 Woking in BR days, with a 4-COR (otherwise known as Nelsons due to the single drivers cab window) at the platform.

And all three Beattie well tanks standing outside Wadebridge depot on their last day of operation. 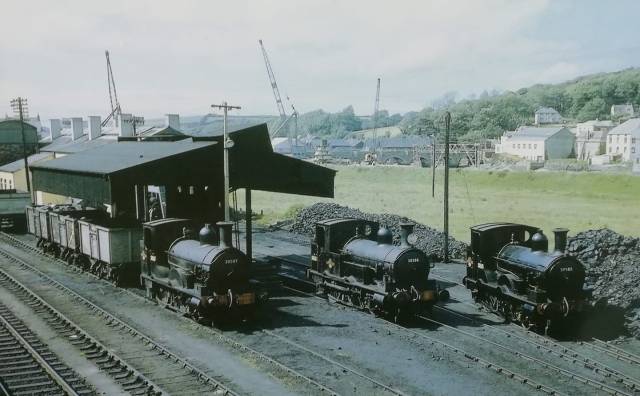 Finally, two modelling challenges.  I’d never seen a picture of a Southern Railway box-van adapted for European ferry services.  There’s some additional gubbins on the buffer-beam, and I suspect it was painted dark blue, like other ferry stock.

Now, would you even dare to do this?  A wooden mock-up of possible streamlining for the Schools class 4-4-0.  Thank goodness this nasty piece of work was curtailed by a war!

Running your railway from your computer.  How about this dispatchers cabin on a largish American model railway.  Twin flat screens with the train locations, and CCTV at critical points on the line.