Two contrasting prototype locations today.  Not sure of the copyright of the photographs, so apologies if they are spoken for.

First, a photo of 60’s Redhill in colour.  Nick Halewood writes on Facebook….

I recently posted a picture of Redhill shed featuring a representative of each of the ‘Big Four’ and a Standard taken in July 1964.  Here is another view on the same occasion taken before or after the line-up; you can see the Black 5, Manor and Standard 2-6-4T (at right) from the line-up.  LMR and WR locos were regular visitors to Redhill, the LNE B1 in the first image being unusual.

Such a good picture of our present home! 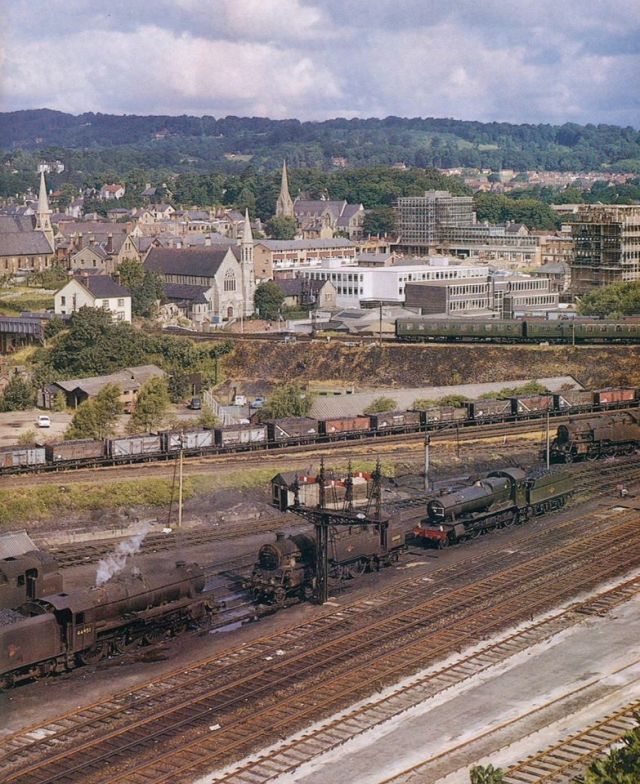 In contrast, two shots of the Lehigh Valley Railroad in 1925.  Easton was a bit different for an American railroad depot, as it was on a viaduct with railway ‘arches’ underneath.