There seems to be some confusion here.  Ron think’s he’s roving.  Allan claims that he’s ranting.  I wondered whether he was raving!  Whatever – Ron’s on the road again….

A day when plans had to be altered as I went along. Went via Victoria to Paddington to catch 0904 to Newton Abbot where due to a technical problem we arrived just over 10 minutes late. I went outside the station to catch an advertised 12 minute interval service to Paignton but had to wait 20 minutes for a bus. At Paignton I walked down to the seafront and had an enjoyable takeaway sitting in a seafront shelter followed by an ice cream on my way back to town.  Then my luck changed when I found a direct train to Paddington about to pull away so I jumped on and will now be back in London an hour earlier than planned.

[Edit] Great comment from a friend of Ron’s on email….

“First time I ever heard of someone being stalked by an ice cream. I imagine it probably went into meltdown trying to keep up with you Ron.”

Starting at a deserted Victoria.  I know train travel has dramatically reduced, but these pictures still surprised me. 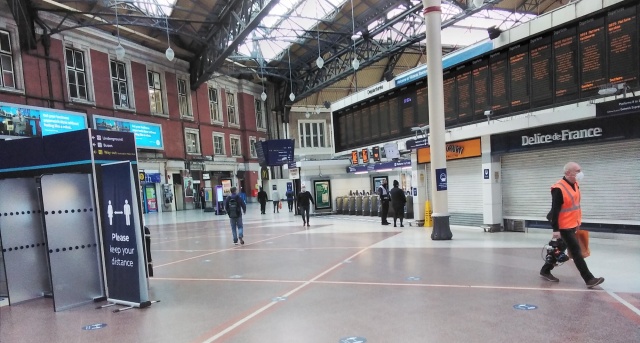 On to Paddington, with a good number of trains at the platforms – one per passenger by the looks of it!

A slightly brighter Dawlish.  Good to see the Great British Public socially distancing – or maybe there just weren’t many people about?

Newton Abbot.  The sun looks like it’s crept out at last.

A pleasant Torquay harbour, seen from the bus.

And so to Paignton Station, with a pleasantly rural, almost GWR feel to it. 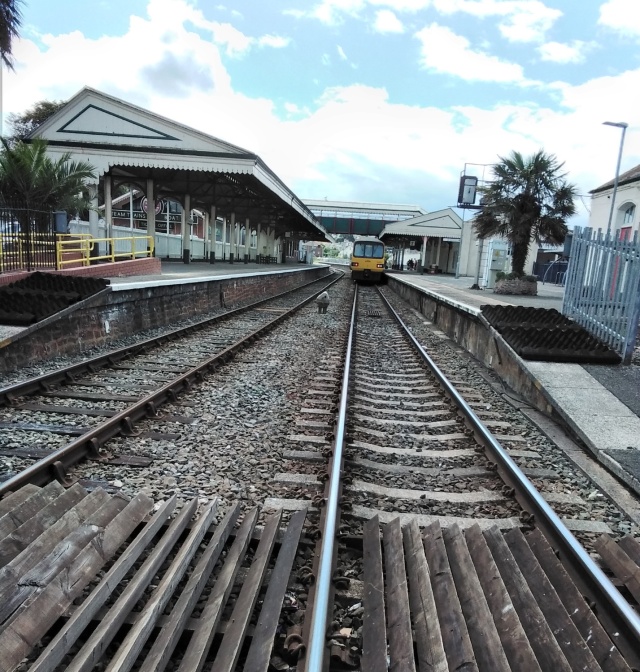