Posted on August 2, 2020 by snitchthebudgie

Still short of blogging ideas, and coming down from watching Arsenal win the FA Cup, again.  So thank you Ron, for a few more pictures…..

A day spent mainly on the buses.

Walked down to Tesco’s thing morning and caught the bus to Redhill. From there I took the first non-local service, which took me to Crawley. After a short break I took the Worthing bound bus to Horsham. From there it was a bus to Dorking. As the bus turned into Dorking High Street I saw a red TfL bus parked up so getting off at the next stop I discovered it was on a service to Kingston. It arrived 10 minutes later and I took it to Surbiton. Entering the station I found a fast to Clapham Junction was pulling in so jumped on and made the fast service from there home.

Phew!  Ron barely took breath!!  Should have waved to us as you passed Redhill.  Looks as if there is a rail replacement service by the bus in the background.  Now if I had a pound for every time I’ve waited for a bus here in Redhill…. 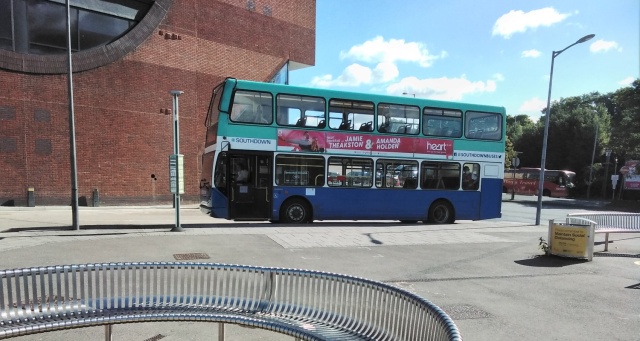 At least Horsham has some rather nice flowers….

Dorking is the one place locally that has kept a lot of character in the main street…..

And so to Surbiton.  Despite the name being a source of amusement, the station is far more impressive than Swindon last time out.  Looks more at home in Los Angeles than south-west London.  It would make an interesting model, too. 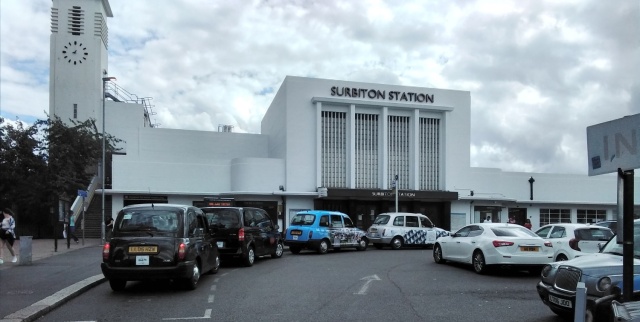