Posted on November 6, 2020 by snitchthebudgie

A pre-lockdown special tonight.  Not that lockdown makes any difference to Zoom….

We peaked at nine persons logged in (plus one cat), and the conversation even touched upon railways once or twice.  By the time we’ve all talked about lockdown, rainfall, rabbits, our ailments and what’s on TV, there’s not much time left for trains…. 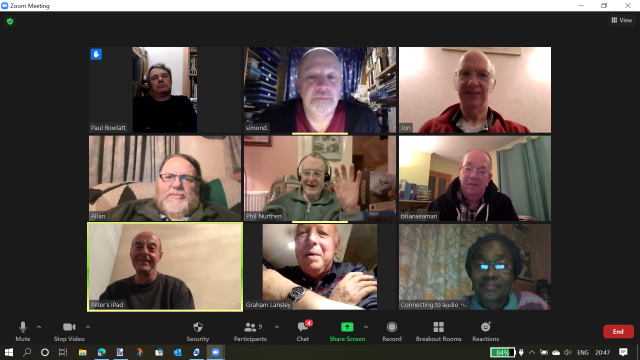 Paul was able to show us some trains in motion.  I think there were about six on the go at the same time, but there aren’t many in this shot – those bullets move too quick!  Simon also showed how he had lit up his ‘N’ gauge Dalek with a tiny LED, and a wig-wag (no Karen, not a wig-wam) for his cabooses. 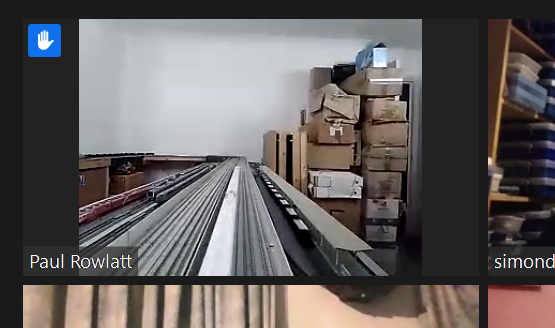 Here’s one up on your layout, Paul….

And here we have the ideal prototype to model during lockdown.  A French goods yard full of wine tankers – very much ‘vin ordinaire’ of the sort you can now buy in plastic jerrycans.

Mind you, lockdown may actually promote modelling.  Previous generations had sterner tests.  I read on-line recently a February 1950 account of the WW2 trials and tribulations of a Model Railway Club member:

“The ‘Schools’ had been rewound and the 0-4-4T was in pieces for rewinding when the proceedings were rudely interrupted by a V2 rocket which enforced a move to new premises.  Fortunately the railway suffered little damage although parts of the mechanism of the tank locomotive were never seen again.

I guess we have it easy, really…..