Posted on August 16, 2021 by snitchthebudgie

On 14 August 1925, a photograph was taken of the last shunting horse employed at Paddington station, in the goods depot. On the left are the old goods depot buildings, which were being rebuilt at the time. Note the wagon turntables in this area of the yard. There appears to be debris, including an old van body on its side, behind wagon No 86459 being shunted by the horse. Maybe the site was being cleared as part of the rebuilding. On the right is the Grand Union Canal, with people fishing from the towpath.

Shunting horses were used for another 40 years on Britain’s railways – the last one was kept at Newmarket where it was used to shunt thoroughbreds in their horseboxes until it was retired in 1965. 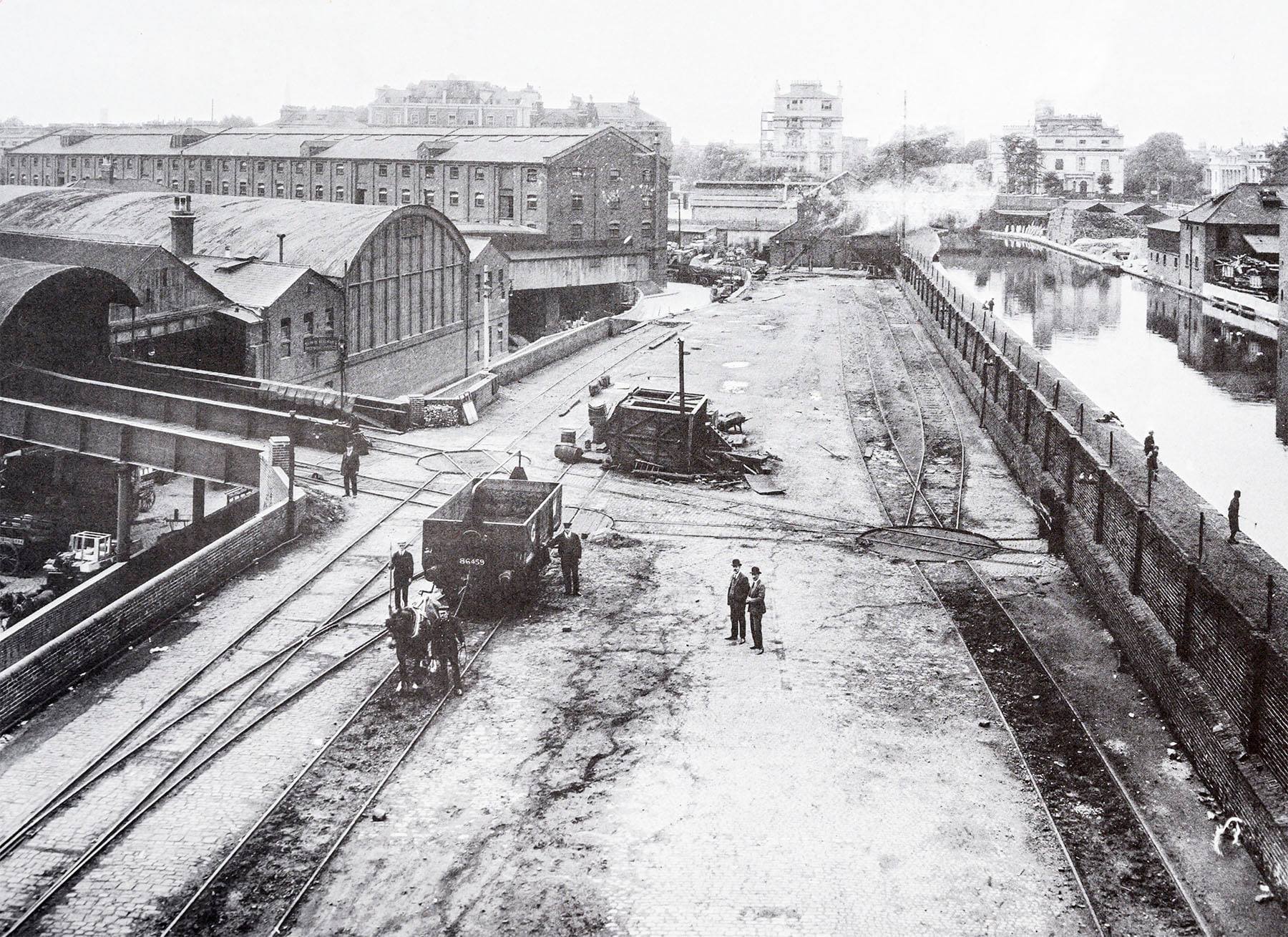 Feeling rich, and with a large room to spare?  The classic O gauge circle, “Runswick Bay” is up for sale.  Fortunately, I don’t want a 15′ diameter O gauge layout, but they included a track plan, that is interesting as it shows what could be done in a 4′ 6″ circle in N gauge.

Here’s one shot of the station (photo, RMweb).  A great feature was the deep valley and viaduct seen in the background.

And two lovely Jago Hazzard videos.  You could almost build this line to exact scale length….

I remember this happening in my teens.  Especially the cloud of coal dust when the Harrier took off from the coal yard.  The plane taking off would make a good model, but I’m less sure about the coal dust….

Just spotted this on YouTube, so I’ll add it…..