Martin was involved in a good number of projects, and I’ve tried to describe some of his model railways below….. (Update:  I’ve added the missing photos!)

Corfe Castle N-gauge Layout: Martin’s home layout, not seen by many club members, is a model based on Corfe Castle and the Swanage branch.  It is a free standing layout of 3 sections, 1200×400, forming a U-shape.  Martin had collected appropriate stock for the 1930-1940 era or a little later.  Martin had chronicled the construction of the layout with a series of photographs, including some of the prototype. 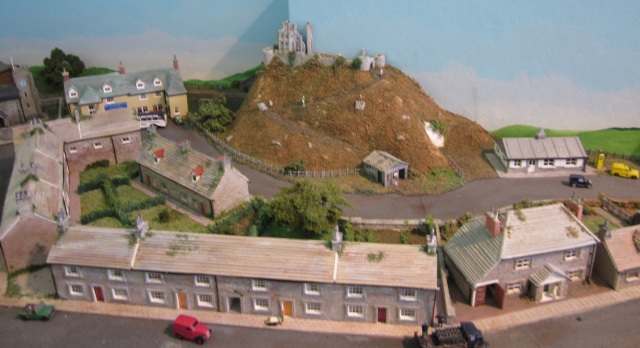 St. Chant: Originally a stand-alone 4×2 module, and Martin added an additional single track 4×2 loop extension.   The layout has a pair of 6-inch front “dash-boards” for use with the ESNG 4-track modular layout.  The layout has appropriate stock for a 1950’s branch line terminus.  It features electrically operated points and uncoupling.  I recall operating the layout over 10 years ago, up at the Merstham show. 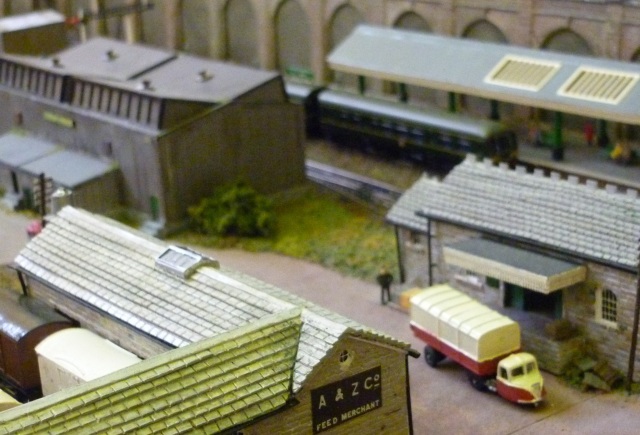 Lowater Basin: A canal basin diorama with lighting, 1200×400; for use with an ESNG dash-board or similar main line module.  It has a backscene and endboards fitted, canal runs along module between bridge and tunnel in endboards.  We showed this board at this year’s ESNG show.  Martin also built at least one of our ESNG N-mod corner boards.

Allderford: A double track module built to N-Club standard.  It depicts Ford station, near Arundel, with now-defunct bay platform, and the Gaugemaster factory/shop.

Dreibruken: Martin was heavily involved in the rebuilding and showing of our Swiss Dreibruken layout.

Dover: Perhaps the most interesting of the lot, and I’d like to see it!  A quayside diorama of a train ferry and its loading tracks.