Posted on February 10, 2017 by snitchthebudgie

Ron is on safari again – off to Switzerland in the snow!  It all looks very pretty, but I think I prefer the summer….

Flight taxied on time and took off 10 minutes later. it was subject to turbulence and seat belt signs were on for most of the journey. Landed 10 minutes early in a rainy Basle. Rain continued until the Hohenstein tunnel. Leaving the tunnel just before Olten it was snowing but not laying. Did not see lying snow until half way to Berne, where the streets were white. Snow stopped just before Thun and everywhere was green until Leissigen when snow started again and has not stopped. Arrived at hotel around half three and was told by Ursula it had only started an hour before. Was just going out to take attached photos when Ursula invited me into the bar area for welcoming coffee and scones. Came back into hotel looking like a snowman. 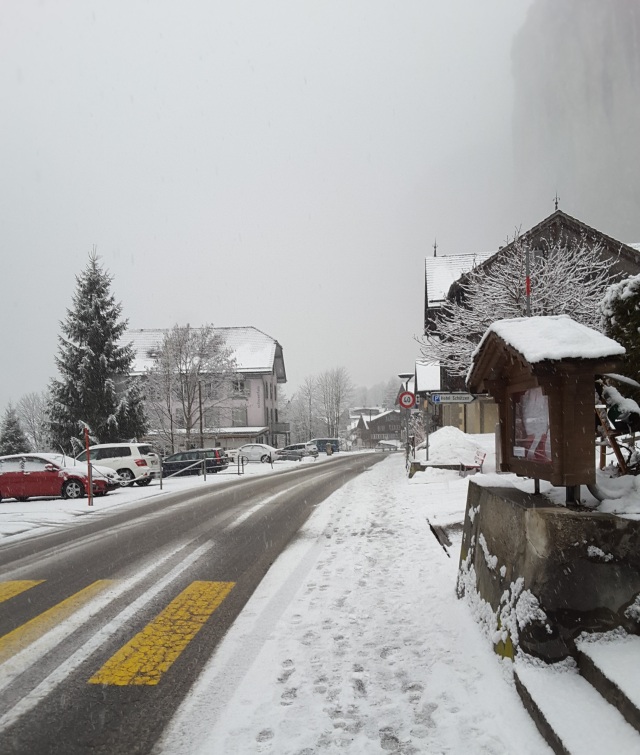 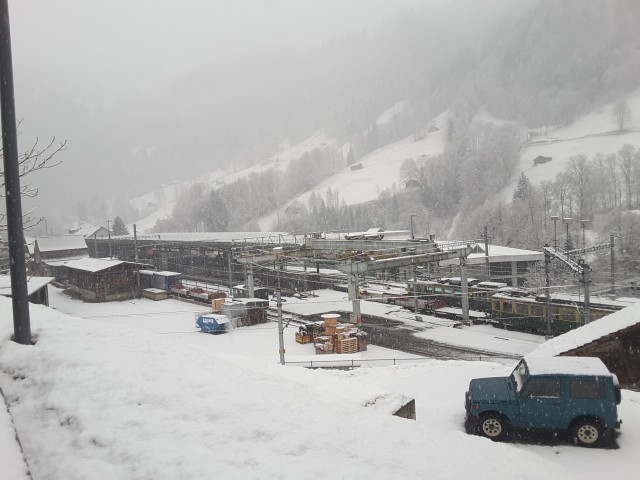 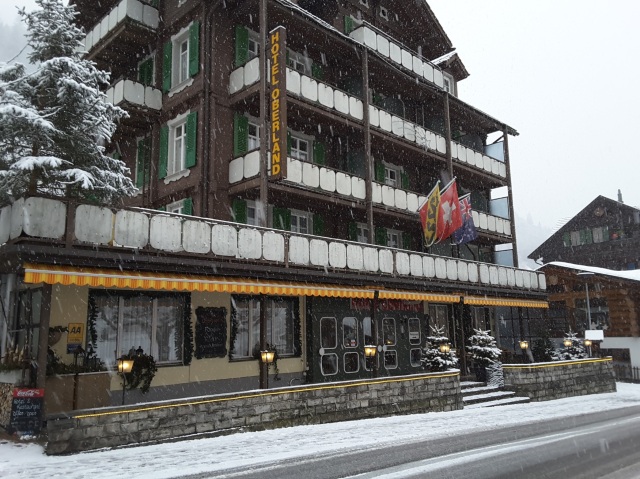 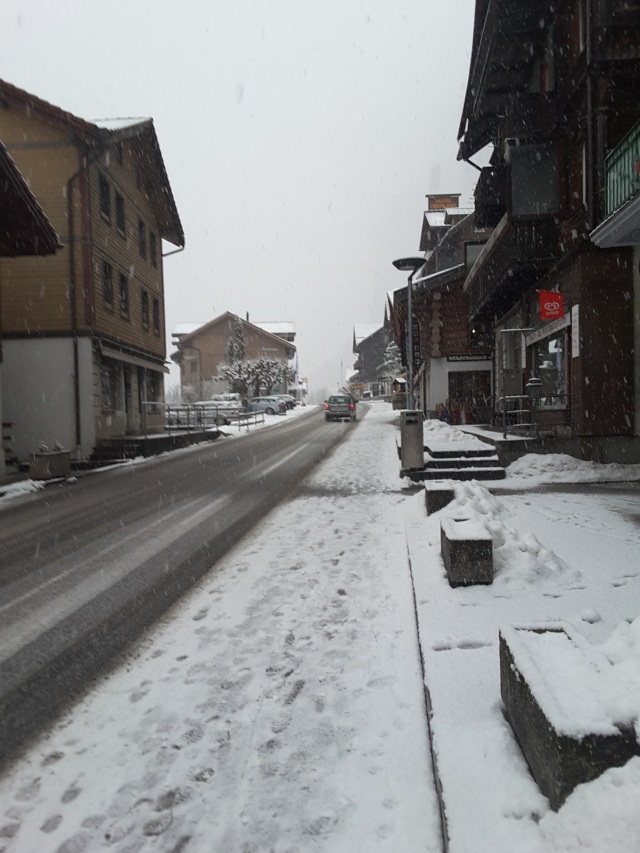 Got up this morning to falling snow, imagine it had been snowing all night as there must have been 6-8 inches on the ground. Went through to Luzern and it did not stop snowing until we were on the outskirts of Luzern although there was lot less lying snow. Coming over Brunig we were at times in almost white out conditions.  Surprised to see the “Aunty Wainwright” store at top of Brunig Pass was open with stock outside. Had 2 hour round trip by boat to Vitznau but did not get off. Only snow to be seen was on hillsides and mountain tops. After a break took train to Bern for connections back to hotel. In Canton Luzern not much snow but plenty in the Emmental in Canton Berne. Would not be surprised if we have more snow overnight. it is cold with very low lying clouds. 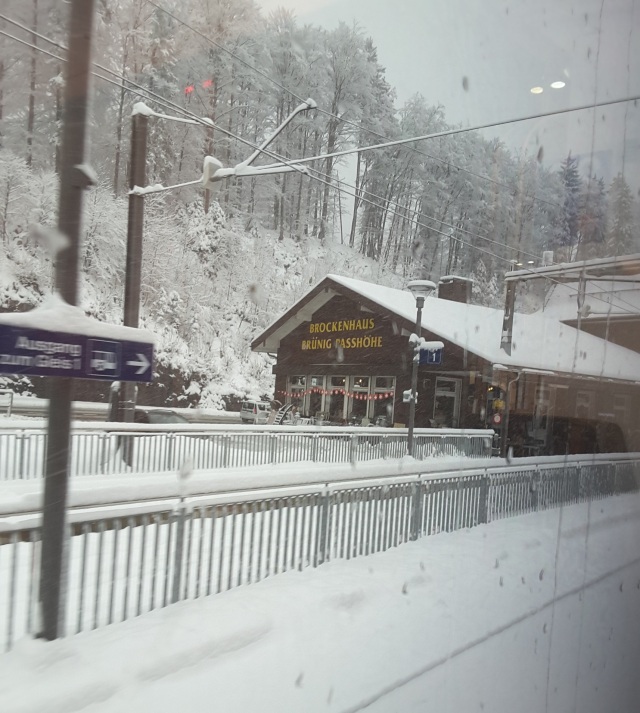 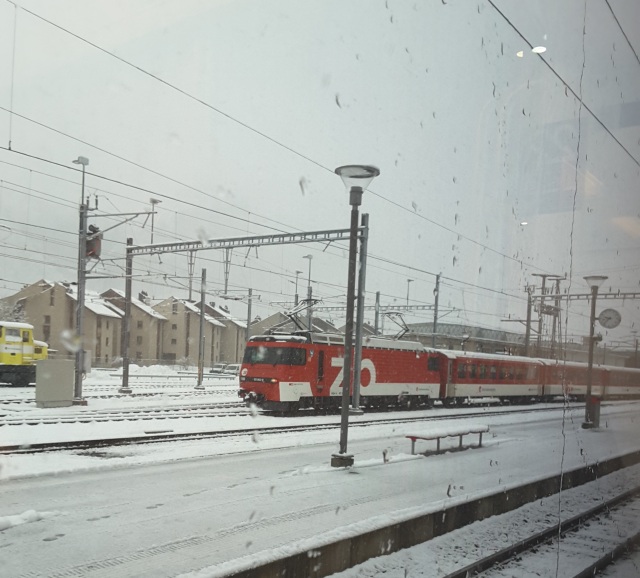 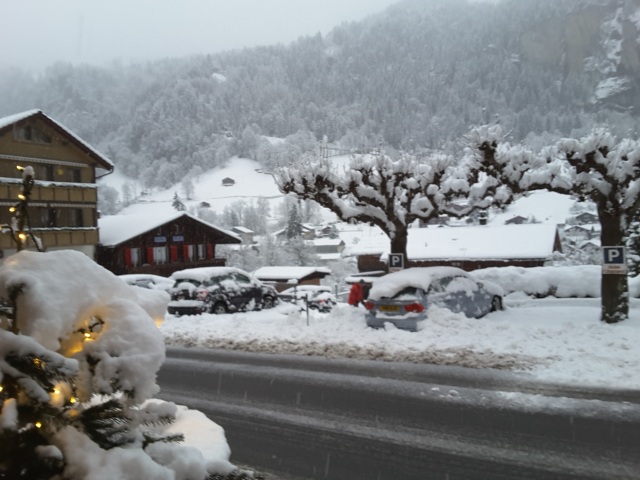 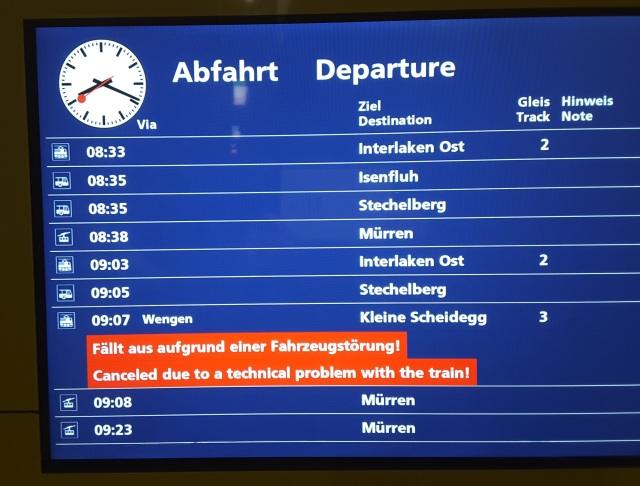 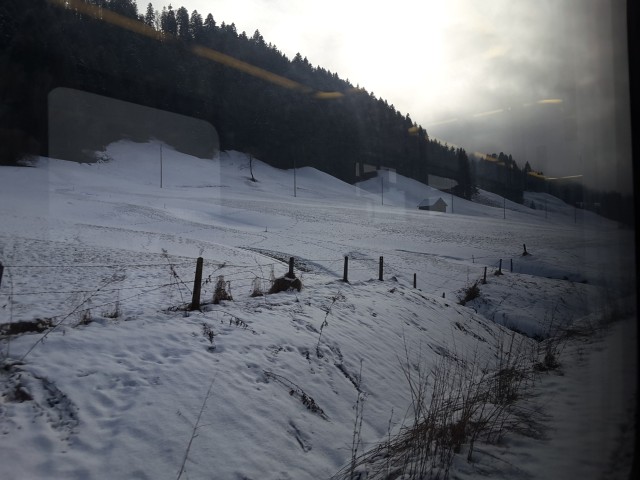 Secretary of the East Surrey N Gauge railway club
View all posts by snitchthebudgie →
This entry was posted in ESNG, Inspiration, Out and about, Prototype and tagged inspiration, prototype, railway, Switzerland. Bookmark the permalink.